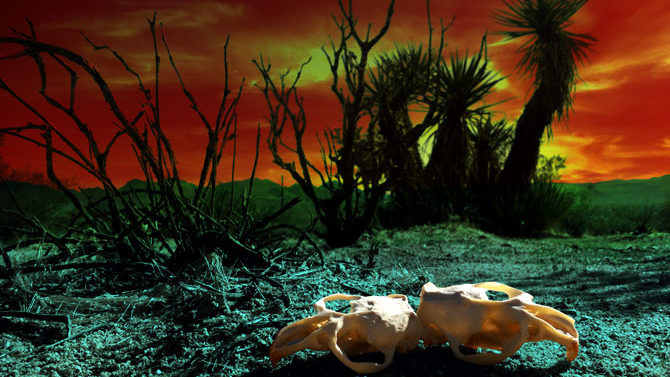 HAIRY SQUATTER & THE GOBLET OF BOX WINE: Hardcore-metal duo Wizardspoon, which is as good with laughin’ as it is with rockin’, released the six-track Cuarentena Volâ€‹.â€‹I this month. Thing is, for all the good humor, this record is slathered in tooth-bared lyricism which, while not altogether original, most definitely attacks capitalist culture and governmental structure in no uncertain terms. Everything here is super short too, so if one particular take isn’t your bag, just skip to the next one. Out of the set, highlights are “Death From Above” and the black-metal tinged “Left To Die.” Spend five minutes of misery over at wizardspoon.bandcamp.com.

IT’S A LONG WAY TO THE TOP: Because their album tour was unceremoniously canceled this spring, along with everything else, long-running Athens band Rat Babies shifted promotion online. Although this new self-titled record is technically only their second full-length recording, the band still has a healthy discography under its belt. This collection, though, is representative of the past nine years or so. In the past, Rat Babies has been a reliable, even if sometimes intermittent, dark metal band. Now, though, they’ve entered that rarified space of heavy music makers whose band is an honest to God ongoing art project (e.g. Melvins, Neurosis, maybe any of Mike Patton’s million projects, etc). This was recorded in Joshua Tree, CA at Rancho De La Luna by noted producer and musician David Catching (Eagles of Death Metal, Queens of The Stone Age) and engineer Jon Russo. Jason Nesmith mastered it all at Chase Park Transduction. Most of the material here runs from slow and doomy to even slower and more doomy, so prepare yourself for a long winter’s night in the middle of spring. Get weird over at ratbabies.bandcamp.com, be a fan at facebook.com/ratbabies or explore more at ratbabiesband.com.

CATCH A RISING STAR: Athens rockers Fishbug have released their debut full-length album and named it Inchworm. They’ve been steadily gigging around town for a good while, and this release strikes a solid balance between being utterly pro but not too slick. Stylistically, Fishbug pulls from a deep well of sources, including Avengers, Agent Orange, ‘90s alternative rock and even show tunes (e.g. “Quinten Tarantino”). Undoubtedly, it’s the enthusiasm of the band that showcases this mix of styles across this packed 13-song release but, for my part, I prefer the straight-up rockers. Those include “Sick,” “The Depression Shuffle,” and “Allergies.” Check this out at fishbugband.bandcamp.com and follow along at facebook.com/Fishbug.Band.

DIGGING THROUGH THE CRATES: So, this band that’d never crossed my radar at all named Girl Clothes got in touch with me about their debut EP, Basement Full of Ghosts. It’s a six-song release that is on Bandcamp now and streaming services later on this month, presumably. Having never heard them before, I had no idea what to expect. Now that I have, here’s what you can expect. Nearly everything here is pretty slowly paced, along the same lines as certain slow-core second-wave emo bands (Christie Front Drive, Mineral, et al) were. To this end, “Asheville Shouting” succeeds admirably, as does “Didn’t Wanna Know.” Other tracks clock in a little late. “Fear Came” gets to its point near the middle, but starts off way too raw with barely accompanied vocals. Also, the sole traditional rocker here, “Not Anymore,” is kind of out of place next to these other tracks, even though it does slow down at points and punctuates itself with genre-appropriate screams. I dunno. I’m kind of on the fence with this. It was a decent surprise to receive, but its influences often feel obvious and a little shop-worn. But if everything old is new again, then this is right on the money. Your mileage may vary, of course, so hit the gas over at girlclothes.bandcamp.com and see what they’re up to at facebook.com/GrlClothes.