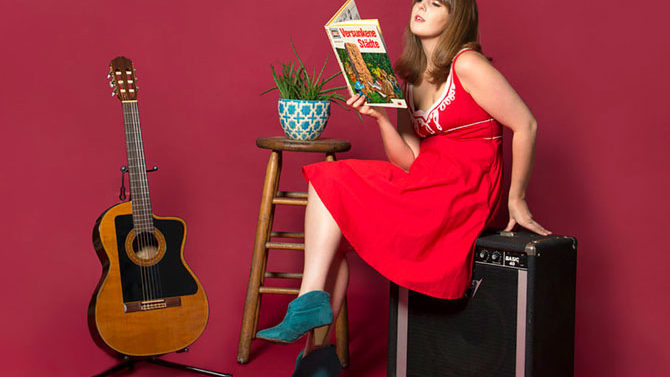 ISOLATION DRILLS: Ironically, in this time of extreme lonesomeness, songwriting duo Love My Truck has spread its wings. Although the pair have always had an electronic undertone from which many of their lonesome drones have come, on a new EP titled Virus Test Dummies this undertone comes forward. This change appears most spectacularly on “Lloyd Cole is Heartbroken,” which has a pronounced electronic beat supporting punchy lyrics and a pop-top keyboard line. Just after the two-minute mark a tiny guitar solo reminiscent of Hendrix’s “Star Spangled Banner” arrives, but is gone just as quickly. All that said, it’s still as despair-oriented as their entire catalog. The three-song record starts with the gorgeous, multi-layered vocal and pedal steel-plowed song “Everyday,” but ends with the positively 1970s Rundgren-worthy “Flown Bird.” A couple of weeks ago, Love My Truck also released a now-prescient cover of the late John Prine’s “Please Don’t Bury Me.” Please enjoy all this stuff at lovemytruck.bandcamp.com.

TAKE THAT: Klypi (aka AC Carter) has a new single out named “I’m Fine,” and it’s a fine slice of reluctantly defiant heartache pop. Across a bounce-laden track composed in Klypi’s signature new wave style, the lyrics hit back at the idea of love as a necessary lifestyle accessory, but the chorus sighs dejectedly, “I’m fine…” I mean, relatable, right? Anyway, you can find the accompanying video for this on YouTube and the song itself over on Spotify. For more information please see facebook.com/klypi.

STAY HOME: What was planned as a Huffer House house show is now a virtual music academy, but all are still invited to join the stream. Featuring live performances by Kenosha Kid, Cicada Rhythm, and former Atlantan and current Angeleno Adron, the event is billed as The Almost Live Music Special. All told, the show is planned to run 90 minutes, and tickets to this streaming event are $10, but this includes a “special, one of a kind tote bag mailed to your door,” in the words of the promoters. The show happens Sunday, May 3 at 7 p.m., and you can gain your digital access via kenoshakid.bandcamp.com.

BREAKING AWAY: OK, no, I didn’t know Max Boyd (Baby Tony and the Teenies) had a solo project named Tub, but he does. Also, there’s a new three-song EP by Tub named One Man’s Trash, but, for as fleshed out and full as it sounds, this could easily be two or three men’s trash. Boyd plows fairly familiar ‘90s college rock territory (Guided By Voices, The Promise Ring, Superchunk, et al) and does a fine job through it all. Having only been familiar with his soundscape work and his primary band, this was cool to hear. Check it out at theamazingtub.bandcamp.com.

NOW, SEE HERE: Tweed Recording has very quickly begun producing a series of live streaming events—as have multiple other good folks in Athens, so, yes, I’m acknowledging; don’t get mad at me—named “Live From Over There.” The shows are streamed from each artist’s location, complete with virtual tip jars, and the next installment happens Monday, Apr. 20. Featured players this night are the aforementioned Baby Tony and the Teenies, Nicholas Mallis, Thayer Sarrano and The Pink Stones. Please note that these shows are streamed via Tweed’s Twitch channel at twitch.tv/tweedrecording (apps available for several streaming devices, including Apple TV and Amazon Fire Stick). You don’t need an account to view, but you should set up a free account if you want to join the live chat during the shows. And that’s literally the only time in history I’ve encouraged chatting during a show. For more information, please see facebook.com/TweedRecording.