The Pink Stones Meet the WaterMan, and More Music News and Gossip 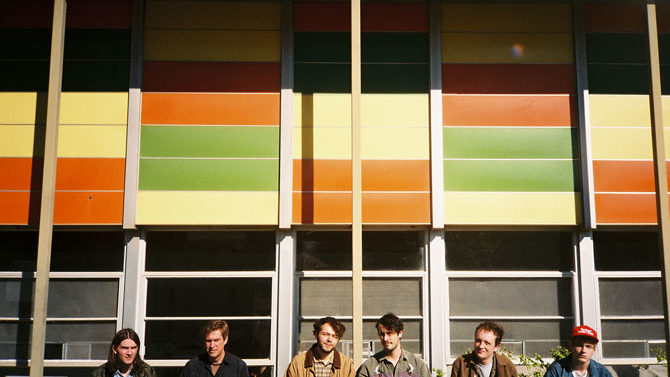 Well, folks, another year of Athens music is heading into the sunset. It’s been a long time since Athens had such a full-on, knockout year for music. I’ve honestly no idea what to attribute this to, but the number of incredible local releases and totally amazing shows this year made 2019 one for the books. Hell of a way to close a decade, folks. Good on you. There’s still a little news left to talk about before we roll into the new year, so look below for all that talk…

PASS THE AMMUNITION: The Pink Stones will release their new double single Jesus & Jimmy (“Jesus & Peterbuilt” b/w “The Ballad of Jimmy Meadows”) Friday, Dec. 20 and will celebrate Thursday, Dec. 19 at Flicker Theatre and Bar along with the Athens Cowboy Choir, Dylan and Earl, and Johnson and Beskin Got a Stew Goin’ (aka Thomas Johnson from Futurebirds and Drew Beskin of Laser Brains). The whole show is a benefit for all-volunteer animal rescue Athenspets, so lay off those guest list requests, would ya? It’s not often that this happens, but the Athens music gods smiled upon the young Pink Stones with “Jesus & Peterbuilt.” It was a gift to the band from legendary Athens country artist and well known WaterMan Greg Reece (Redneck GReece Delux). He thought the band needed a truck driving song, so he wrote this one and gave it to ’em. Can I get an amen, y’all? By the way, the song cooks in a manner similar to, say, regular speed Gram Parsons, or maybe more relaxed Buck Owens. For more information, see facebook.com/thepinkstoners, and while you’re getting informed, check out all the sweet faces at facebook.com/AthensPets.

HALF SLEEP: Quiet Evenings (Grant and Rachel Evans) returns on half of a split release between themselves and Monotronique (Roman Kurhan). The cassette is named Patience, and, at least in this context, that’s more helpfully instructive than declarative. The Quiet Evenings track, “Distance,” is subtle and only calming if you don’t think too much about it. Otherwise, careful listeners will notice its creaks in the middle and feeling of non-resolution at the end. For his part, Monotronique weighs in with “Organ Music,” which actually is soothing all the way through, albeit a little too heavy-handed to be described as “ambient.” This release comes courtesy of Berlin’s Vaagner label, and you can find out more via vaagner.bandcamp.com.

OPEN YR PRESENTS: Musician, composer and woodshedder Chris Amell has been recording and producing under the name Peaks for several years and just released a new album named Topographic. It would be a wild understatement to say I was thrilled for this to cross my desk. One click through to his High Grade Media Bandcamp page revealed a veritable treasure trove of heretofore unlistened to—by me, at least—recordings going back to at least 2009. Anyway, Topographic features eight tracks that explore the danceable area of electronic ambiance with specific moments of melodic glitchiness, trip-hop swagger and ice-cold crafty diligence. Fans of Aphex Twin and, to a lesser extent, Tricky will dig this a lot. Highlights include “What We Became,” “Are You Awake or Just Dreaming?” and “Big Sky.” Check this out at highgrademedia.bandcamp.com, and be a fan at facebook.com/HighGradeMedia.

SEASON’S MEANINGS: Annie Leeth just released her new album, Mortal, and it’s a real headphone humdinger. Especially pleasing are the chamber concentrations of “Tube Screamer,” the gentle electric piano composition “Almost 22” and the subtly urgent “Redo! Redo!”. I need a little more time with this one to fully take it in, but I’m quite happy on first blush. Leeth is an artist in the truest sense, such that it’s advisable to set aside any expectations and just experience each piece of work on an as is, ad hoc basis and then let it coalesce into a whole piece. Start ad-hocing at annieleeth.bandcamp.com. See y’all in 2020!