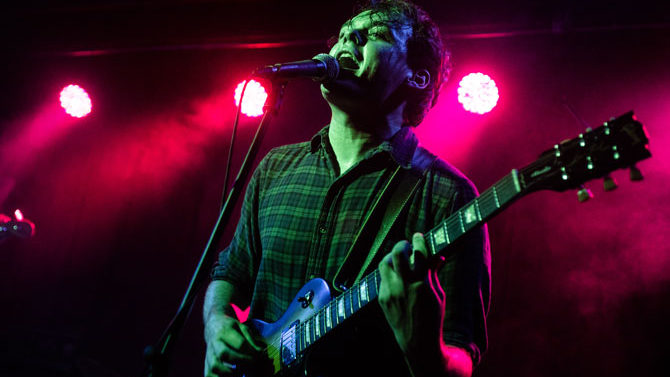 I DON’T CARE IF IT RAINS OR FREEZES: The students in the Music Business Program at UGA do a series of shows each year named Nuçi’s Space Jam. Leave it to good ol’ Ian Hemerlein (Kwazymoto) to give me the tip no one else did. His personal project Saint Syzygy, which has become quite a robust undertaking this year, will play at the Space Thursday, Nov. 14 along with Kudzu. He reports a magician named Magic Madness will also do some things. I mean, you gotta, right? Anyway, this is all a benefit for Nuçi’s Space, so kudos to Hemerlein for the alert. Get up to speed at saintsyzygy.bandcamp.com. While you’re there, check his cover of Cool Hand Luke’s favorite tune, which is, in his version, way more sinister and semi-hopeless than originally conceived—and I’d expect nothing less.

CALENDAR VIEW: This year’s Cloud Recordings Festival happens at Go Bar Thursday through Saturday, Nov. 21–24. It’s only five bucks per night, which, honestly, is 1995 pricing. The full lineup and schedule can be found online and in next week’s Flagpole, but it’s pretty dang sweet. Featured acts include Petalboat, Wild Abandon, Old Red, Emileigh Ireland, label founder and owner John Kiran Fernandes, Michael Potter, Naan Violence, Severe Blush, Immaterial Possession, The New Sound of Numbers and Other Voices, Other Rooms, plus many more. For all other info, see facebook.com/cloudrecordings.

AND ANOTHER THING: In related but distinct news, the Elephant 6 Recording Company is on its way to raising the full $16,000 needed to press the first Circulatory System album on vinyl. Although released to a large amount of critical and popular acclaim way back in 2001, it was never released as a long playing record. Now, the goal is to make a double LP featuring 140-gram vinyl with full color gatefold sleeve. Additionally, the sleeves are slated to be truly old-school-style tip-on sleeves. This means the art isn’t printed directly to the jacket, but on paper that is then crafted around the cardboard sleeve. There are, of course, several different levels of support you can pledge for this project, but the deadline is Saturday, Nov. 23 at 2:59 a.m. Because this is a Kickstarter project, if it is not fully funded by that time, it will not be funded at all. You can search for the pledge page at kickstarter.com, or make use of this handy shortened URL: kck.st/33YFHIS.

COME AND KNOCK ON OUR DOOR: A very special house show will happen Sunday, Nov. 17 at 6 p.m., and I’m not going to tell you where, but I’ll let you lead yourself there. Anyway, it’s billed as a Harvest of Sound and features Fourth Mansions, which is a new thing by Joe Rowe (The Glands), who is accompanied by Peter Alvanos (Fabulous Bird) and Bryan Poole (Helium Kids); and Cheap Haven, which is JoJo Glidewell (of Montreal) in his first solo show playing improvised tunes as well as compositional pieces. Headlining is Kenosha Kid, who, it is reported, will debut several new, category-defying compositions and feature guitarist Dan Nettles with drummer Seth Hendershot and bassist Luca Lombardi. Tickets to this are $20, but you’ll also get some refreshments—bring more if you need ’em—and they’re also limited. For tickets and an actual location, head to kenoshakid.bandcamp.com/merch—don’t forget to include ‘merch’—and you’ll know everything you need to know.

ATTACK, DECAY, SUSTAIN, RELEASE: Lambda Celsius released a new single in the past few weeks named “Get Over You.” It’s a crafty, supremely melodic slice of synthpop, and I hear, for the first time in Lambda Celsius’ music, a pronounced Yaz influence. No idea, really, if this was intentional or simply the long and winding genetic map of synthpop, but it’s there nonetheless. Word on the street is Lambda Celsius is busy prepping an album for a release next year, so considering that next year is almost here, let’s keep hope alive. Stream “Get Over You” and some legacy tracks, too, at soundcloud.com/lambdacelsius.