Caulfield Gets Heavy, and More Music News and Gossip 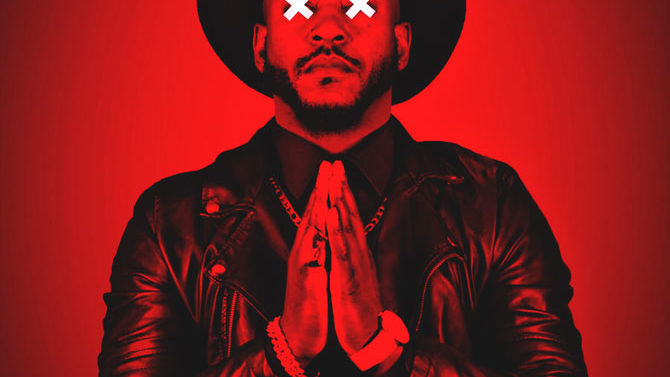 FIVE FOR FIGHTING: Athens rapper Caulfield has had his newest EP posted on Soundcloud via a private link for a while, but late last month, he announced he’s released it, so now we can go ahead and tell you about it. It’s five songs long, named God Is Dead, and each track represents one of the five stages of grief. As expected, it’s emotionally claustrophobic and psychologically difficult as it explores and deals with both grief and loss of faith. Musically speaking, Caulfield hits another home run, with his vocals strong and forceful and each beat highly appropriate—albeit pretty damn dark and heavy—for each stage explored. Nothing here is done in half measures. It’s all very deliberate and, although not a simple listen by any means, totally worthwhile. Check it at mynameiscaulfield.com.

THIS AMERICAN LIFE: Rockers Kwazymoto have a new EP named Kill or Be Killed. The band reports that its three tracks were recorded all together with engineer Joel Hatstat to make one big song. Even so, they’re presented separately as “Part I,” “Part II” and “Part III.” For my money—which may not count for much—I’m partial to “Part II” for its theatrical acumen and, not for nothing, its place in the sequence. Every Kwazymoto record thus far has been a huge leap from the one before it, so the first track on each tends to be a big adjustment. On Kill or Be Killed, the band continues to get louder, tighter and progressively compositional, while still remaining solidly a rock band that’ll shred your face whether or not you’re really listening. Thematically, it feels like this record is very close to the band’s My American Family, but if that’s not the case in spirit, it’s still the case in mood. When I say they’ve gotten steadily heavier over the years, I’m not just talking about music. Nearly everything these guys touch becomes imbued with the weight of adulthood and life in general, so if that’s relatable, give it a spin at kwazymoto.bandcamp.com.

LIKE A GOOD NEIGHBOR: Decades-long scene member, supporter and business owner Karen Gerow and some of her students at the Double Helix STEAM School have installed a Little Free Pantry in tribute to late Athens musicians Bill Doss and Ross Shapiro. A Little Free Pantry is similar to a Little Free Library, in that people take food items from it and place food items in it, and anyone is free to do either. The motto of the concept is “Take What You Need, Leave What You Can,” and Gerow reports that there are about a dozen of these throughout Athens. This particular one stands in the pocket park at Best Drive and Holman Avenue, which lies geographically between Doss and Shapiro’s homes and was built during the MLK Day of Service. There are several really interesting and historic connections between this Little Free Pantry, Doss, Shapiro and the parents of the kids who built it. For example, Gerow was one of the two original founders and owners of the Caledonia Lounge, and both Doss, with The Sunshine Fix, and Shapiro, with The Glands, played the club during its opening weekend two decades ago. Please visit this loving tribute and leave what you can.

TAKE A BYTE OUT OF TIME: Space Brother—aka Donald Whitehead of Future Ape Tapes, et al.—is hosting a neato show at Go Bar Saturday, Apr. 13. It’s billed as “Brave .Wavs Presents: Simulated Sunsets,” and the bill is pretty stacked. In addition to locals Goddess Complex, Wet Garden, DJ NFW and Bodies of Water (Space Brother and Bree Couleur), this night also plays host to Nashville’s Vast Ness and Savannah’s MKS34RCH. If you’re looking for time-traveling trip hop that’s both pretty chill and markedly subversive, then Vast Ness has you covered. On the other hand, if you’re interested in what progressive music might sound like if “prog” never happened, MKS34RCH might be more your speed. Look, if you’ve read this far about any of these artists mentioned, you’re the kind of person who’d probably dig this bill, so stop making me sell it already. Get previews via mkultralight.bandcamp.com, vastness303.bandcamp.com and wetgarden.bandcamp.com, and catch up with Space Brother at soundcloud.com/electriczoorecordings/sets/prism-music.

KEEP OUT: Did y’all get your tickets for T-Pain at Legion Field Thursday, Apr. 11? The event is the annual spring concert hosted by UGA’s University Union. If you’re not a student, though, don’t even try. The union has made it extra doubly clear that this show is only for UGA students. A public post on Facebook says, “You MUST be a student on the UGA-Athens campus to purchase tickets and attend the concert. You will be required to present your UGACard for entry. No non-students are allowed to purchase tickets, nor attend the concert.” So, chalk another one up for horseshit policies that would be totally unthinkable if applied to, say, the Performing Arts Center. But a springtime, outdoor rap show by a hugely popular artist a lot of non-students might love to see? Forget about it.