All Hail Razzi King, and More Music News and Gossip 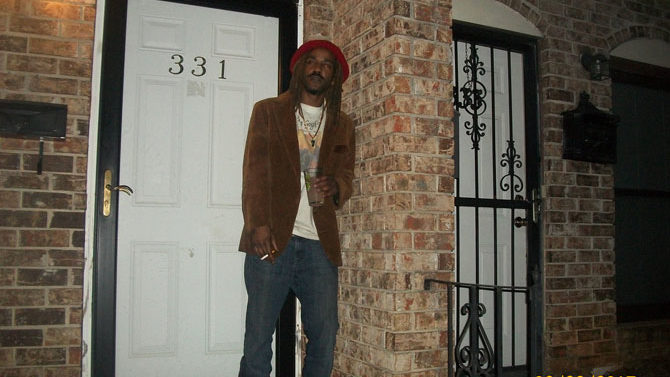 KICK UP RUMPUS: The illimitable Razzi King continues to be among the most undersung yet artistically over-accomplished artists Athens has seen in the past decade. To wit: Yet again, he’s got two new albums out in fewer than three months. After proving several months ago how good he is at stretching his arms out, The Light That Powers the Ghost (credited to King and Black Tar Dub) easily slides into first place as the deep-groove hip-hop album of the year. There’s not room enough to get super deep into it, but suffice it to say that “Mystic”—featuring the best use of Bronski Beat’s “Smalltown Boy” I’ve ever heard—is worth the price of entry alone. Next up is Vert Fam, which, if not for the cruel parameters of time and space, could have easily slid alongside De La Soul, Digable Planets and, a few years later, Black Star. In keeping with that tradition, it has an undeniably down-home vibe that musically reiterates the importance of a sense of place. Dig it the most at echobassrecords.bandcamp.com.

STUDY HALL: Fall Break Records has reared its head again in a totally welcome way with the release of the collaborative live recording Dachsund by John Gregg and Peter Webb. The duo, known for their work with Hello Ocho and A Fawn and a Pan Flute, play drums and saxophone, respectively. This live recording—the first half is from Athens in 2017, and the second half is from Atlanta earlier this year—does a great job of hitting on several points. The first half owes more than a passing glance to the first 20 seconds or so of John Coltrane’s “Acknowledgement,” but because it never forcefully pushes past this, it retains an unresolved tension throughout its entire 20-minute-plus running time. Though the second half is from a totally different show, it feels very much like a continuation of the first, but with the emotional knob twisted way up. Gregg comes in forcefully here, and Webb’s trills and drones are a warm wrap of thoughtfully cinematic playing. All in all, it’s right on time. Check it out at aliminalspace.bandcamp.com.

YOU’RE COMIN’ OUT: The original tour manager for Minnesota myth-makers The Replacements, Bill Sullivan, will swing through town Friday, Nov. 23 to read from his book Lemon Jail. The book is a reportedly raucous—how could it be otherwise?—journey through the band’s early days, more than a few of which were spent in our own town. He’ll sign books and do a Q&A moderated by The Bitter Southerner Editor Chuck Reece. Also on the bill is a jam-packed set of players all performing Replacements songs. Attendees will hear Bloodkin, David Barbe, The HEAP, Kevin Lane, Matt Lane, Jay Gonzalez and special guests, even. This all happens at Hendershot’s Coffee Bar and begins at 6:30 p.m. It’ll already be dark by then, so you don’t have to feel funny ’bout day drinking.

FAMILY AND FRIENDS: The Normaltown Flyers, one of Athens longest-running bands and pretty much a permanent fan favorite, are hosting their annual pre-Thanksgiving show at The Foundry Wednesday, Nov. 21. Doors open at 6 p.m., with the show starting at 8. Tickets are 10 bucks, and you can grab ’em at thefoundryathens.com.

JITTERBUGS: The final open jam at J&J Flea Market will happen Sunday, Nov. 25 from noon–2 p.m. All you have to do to participate is show up with your instrument. Just go meet up at the stage by the pond, and you’ll be in the right place. All skill levels are welcome.

PANIC IN THE SEATS: If you were planning on casually picking up some tickets for Widespread Panic’s upcoming three-night New Year’s run—December 29, 30 and 31—at Atlanta’s Fox Theatre, well, you have failed. But what if I told you that you could win a pass to every single Widespread Panic show, beginning with these, throughout all of 2019? The raffle is named A Year With Panic, it’s a benefit for Nuçi’s Space, it’s a totally killer idea, and someone is going to be incredibly happy when they win this. Oh, and raffle tickets are only $10. The yearlong pass is for you and a guest, and while there are a few very specific events excluded, this is such a whopping prize that if you win and complain in any way, you’re not living your best life. The drawing will be held at noon on Nov. 27, and if you’ve got any questions at all, contact Kristie Greene via Kristie@nuci.org. All other information can be found at nuciraffle.org.