Kites With Lights Keeps on Movin’, and More Music News and Gossip 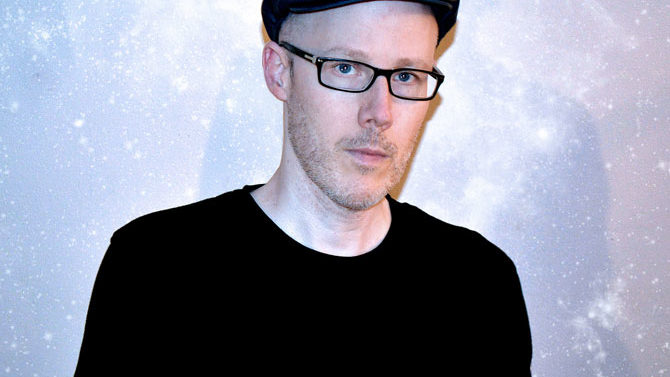 LET’S ROCK!: The new full-length album by Kites With Lights is named The Movies, not, as previously reported, Invisible to Us. The thing is, though, I can’t honestly discern if this is an error I made or if project leader Jonah Cordy changed it before release. Still, such a hazy sense of memory and reality folds nicely, albeit somewhat ironically, into Cordy’s musical dreamscape. Again, Kites With Lights delivers a whopping package of near-perfect—phrased as such because that’s as close as anything gets—tunes. Thematically, it appears to explore travel, but I think it’s more accurate to say it explores movement as such. Musically, it’s nine tracks of synth-driven new wave, the cultural provenance of which is so deeply ingrained into the pop psyche that different listeners will hear influences as seemingly divergent as, say, Godley & Creme and New Order. Sometimes it feels more like Cordy is a piano man inside a “Twin Peaks”-style red room where it’s misty and dangerous outside, but right there in that one space everything makes its own strange sense. Check it out at kiteswithlights.bandcamp.com.

THE HUM OF LIFE: Athens’ own psych-pop flag-bearer Daisy keeps on truckin’ with its reappearance to live stages, and will play a show at Flicker Theatre & Bar Wednesday, Nov. 7. They’ll be squeezed in between St. Petersburg, Florida’s The Venus—who have a new self-titled album that came out just last month—and Jacksonville Beach’s rickoLus. For more information, see facebook.com/welovethedaisygroup.

CONTROLLER BLUES: Echobass Records just released a massive new collection of tunes from Killa Cabbi (aka Cabbage Looper) titled That Pesky Cabbage Looper Vol. 2. It spans 20 tracks, and if once you put it on you think, “Hey, this could just go on in a loop forever,” you’re right! These are all pieces of music designed as a video-game soundtrack he’s currently building. To this end, they range from little blippy beat sets to intense, nerve-scraping interludes. In limited doses, it’s interesting in its own right, but free of its full context, I had a difficult time taking the deep dive. Chill with it awhile at echobassrecords.bandcamp.com.

HEAD & SHOULDERS: Nuçi’s Space is hosting a musician’s health clinic Monday, Nov. 12 from 1–3:30 p.m. There are only six available appointments, and an appointment must be made in order to see a health-care professional. Call 706-227-1515 as soon as you see this if you’d like to get in.

HACKY SACK ATTACK: In the 1991 film Slacker, there’s a scene where songwriter Keith McCormack stands in a church archway, strums his guitar and belts out the line, “That’s a disturbed young man with a tan.” It only lasts a few seconds, and I’d not thought of it in many years. But that’s literally the first thing I thought of hearing the opening track of I Love You by Athens project F.L.E.D. This record is 15 songs of Casio-type beats and acoustic instruments and vocals that switch from rapping to plain singing. You know that time in life when you’re moving into the dorm and, apropos of nothing, there’s a band playing in the quad to an audience populated by a few dreadlocked students in Birkenstocks, some confused young women wondering where the Greek Life office is and a smattering of others who know the band? F.L.E.D. is that band. Early registration starts at josephtwallace.bandcamp.com.

ON SALE NOW: Time was, way back when, that plenty of people had no real idea if Indigo Girls were from Athens or Atlanta. Sounds crazy, right? But, seriously, the acoustic duo actually from Decatur played here so often, and established such a loyal and enthusiastic Athens fan base, that anyone would likely be forgiven such a geographical mistake. All of which is to say, if you’re one of those folks, or even just a plain ol’ fan who cares nary a whit about any of this, you’re gonna want to go ahead and grab tickets for the Amy Ray Band. She’s performing at The Foundry Friday, Nov. 30 with Chastity Brown. Tickets are on sale, and they’re priced at a pretty reasonable $15. This show will most likely sell out, so that’s why I’m mentioning all this now. For more information, see thefoundryathens.com.