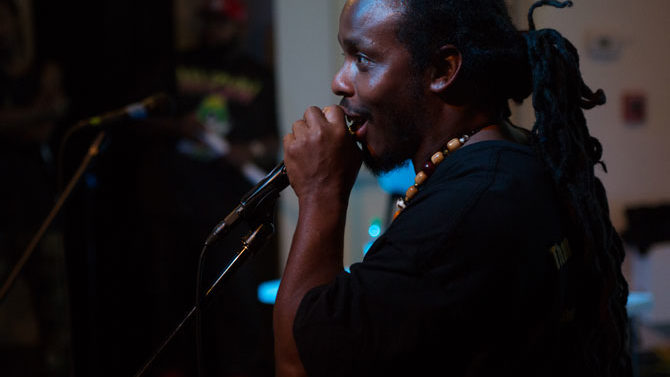 ROOTS, RADICS AND ROCKA: Years-long Athens hip-hop impresario Montu Miller—promoter, fan and man willing to call out scene BS when he sees it—knows the history of this scene better than anyone currently working it. So, it’s only fitting that he, via AthFactor Entertainment, is hosting a night dedicated to the “Living Legends of Athens Hip Hop.” It’s happening Tuesday, Nov. 6 at The World Famous and will feature live sets from Duddy Ken, Big Earl aka Noble Badum, Trap Boy TD, Pretty Faze, Elite tha Showstoppa, Ishues, Noc the Don, Tee-Roy 3mill, Billy D. Brell, Untame, Big Body, Miss Unyque, Dictator and Tony B. The live show starts at 10:30 p.m., but the social mixer portion of the night starts at 9 p.m., with selector Chief Rocka playing downtempo tunes before his set of classics and currents pops off at 10. The hip-hop scene in town has gotten a lot of attention over the past couple of years, but for basically two decades plus, it was a hell of a grind undertaken and maintained by a handful of the faithful. So, hats off to Miller and crew for putting this together.

HANG OUT: If you’re itching to get all that Halloween off you, then by all means attend the show with the most healing power around Thursday, Nov. 1 at Flicker Theatre & Bar. This night, Null Zone Records will present a killer show featuring modern composer Annie Leeth, Null Zone’s head honcho and tireless worker Michael Potter, and Goddess Complex. For essential research, see annieleeth.bandcamp.com, michaelpotter.bandcamp.com and nullzone.bandcamp.com.

YEET!: Sometimes I dig a little hubris, so lemme tell y’all about rapper Paco Marquez (aka Jack Frost). His newest mixtape, IceGod, came out about a month ago, and it’s jam-packed full of raps about money, Dubai, diamonds, women, Gucci, etc. If you can get past this topical smokescreen that gets laid down by Marquez—and he lays it down heavy—it eventually becomes clear there’s a lotta goofball humor going on. To wit: “I got hella bands on my radar/ I’m never at the skatepark, ’cause I don’t got a helmet/ I’m helpless.” Production-wise, this is all really radio-ready but is more likely to gain a following online à la Lil Pump, Lil Yachty, Lil Xan and 6ix9ine—none of whom Marquez really sounds like, but whose mood, media and overall aesthetic he’s undeniably drawn a kinship with. On the technical front, his flow is solid, and he does a fine job fitting bars comfortably into his beats, but culturally speaking, we’re almost at 14:59 with this kind of stuff, so some moves are needed in order to make a real impression. Anyway, he’s playing the Caledonia Lounge Saturday, Nov. 3 second-to-last on a bill with Kid Arsenic, who is headlining for his EP release. Also on the bill are Caulfield, YOD/BYV, Kxng Blanco, Squalle, Son Zoo, DK, Motorhead2x and J Nolan. Get up to speed with the kid that “love[s] Gucci, money and lean” at soundcloud.com/pacomarquez.

BOUNCE ’EM DOWN: Drew Kirby just released the newest mix of stuff under his Civils moniker. It’s titled Birds Inert, and its recording is stripped back down to the type of four-track experiments that the whole Civils adventure began with. Portions of this are deeply groovy (“Boxcar Children,” “Late Capitalism”), and other portions are, well, not as groovy. Kirby’s ability to twist an indie-funk feeling out of a tune that otherwise sounds built from straw and twine is truly impressive. Between these types of tracks and the others—which are, generally and loosely speaking, somewhat gentle meanderings with occasional flexing—careful listeners can draw parallels to Minutemen. Not that any of this sounds like them, but it’s constructed in that same way, where rhythm meets introspection. Check it out at marchingbanana.bandcamp.com.