Cloudy Retro Gets Jumpin’, and More Music News and Gossip 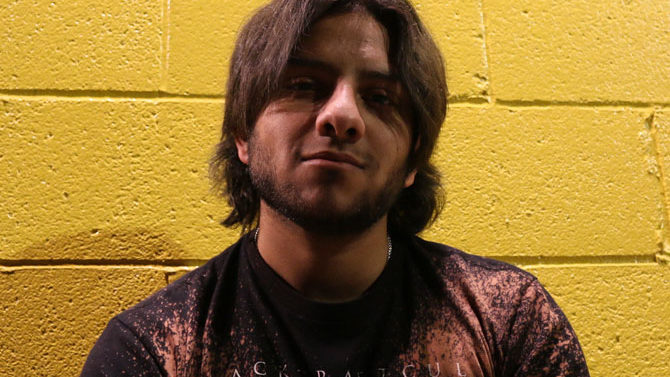 NO PARKING ON THE DANCE FLOOR: UGA student and producer Mansoor Syed, aka Cloudy Retro, released a full-length record back in July named Eleven Thirteen Sixteen, and it’s a real treat of a listen. The Middle Eastern instrumentation is unmistakable, but it’s difficult to tell if any of this is played live or sampled. Honestly, it doesn’t matter—the beats are tight. The tunes fluctuate between buoyant jumpiness (“Yeah Habeeb Tea,” “Windy Love”) and darkly rendered mood swings (“Rose Gold”). All 16 tracks are worth the time it takes to spin them, but my favorite by far is “Ramadan,” which is more than simply catchy. It’s the most radio-ready single on the whole album, and anyone who starts playing this at parties can congratulate themselves for being ahead of the curve. Check it out at soundcloud.com/cloudyretro.

EVEN MORE KILLICK: Right after my last mention of Killick Hinds went to print, I got word of Hinds’ 40th release of the year (!). It’s named underPrometheus, overDemeter, and is a collaboration with Monique Osorio. On this one, Killick really glitches it all up with guitar and computer work, and Osorio provides vocals. In a twist of events that would only ever happen with this man’s catalog, this beat-laden, trippy exploration of the electronic and sublime is simultaneously the thing most wildly outside his own M.O. while also being the thing most resembling popular accessibility. Check it out at killick.bandcamp.com.

FRIENDS LIKE THESE: A new supergroup composed of Kenny Aguar (8-Track Gorilla, Flight Mode USA), new-wave legend Kevin Dunn, Zeke Sayer (Gypsy Farm Records, The Humms) and Garett Hatch (Mother The Car) has gotten together under the name Collision Drive, and Aguar will play a solo set of the band’s material as Collision Course at Flicker Theatre & Bar Saturday, Sept. 29. Also on the bill are Tears for the Dying and Joe Rowe. So, go see a damn show, y’all.

AGAIN FOR THE FIRST TIME: Even though it won’t be out for a couple of weeks, I still want to tell you about the new Kites With Lights record, Invisible to Us. Frankly, it’s just been too damn long since there was new music from this project, which is the brainchild and project of Jonah Cordy. Every time Cordy puts out something new, I feel compelled to reintroduce him because, invariably, there’s a whole new generation of readers who slipped into town while he was woodshedding. So, again for the first time, Kites With Lights is a supremely sublime synth-pop project that is influenced by many (Roxy Music, New Order, et al.) but indebted to none. If you’re curious to know how long a wait it’s been for this record, consider that one of the two songs currently available (“Feeling Better”) was released as an album teaser back in the summer of 2016. Look a full review when this drops, but for now, take a taste at kiteswithlights.bandcamp.com.

REMATCH OF THE QUARTER CENTURY: On Thursday, Sept. 27, the UGA Wind Ensemble and UGA Symphony Orchestra will share the stage for only the second time in 25 years. Tickets are $12 for adults and $6 for students and children. The concert happens at UGA’s Hodgson Hall. For more information and tickets, see pac.uga.edu.