Get Dizzy With Stay at Home Dad, and More Music News 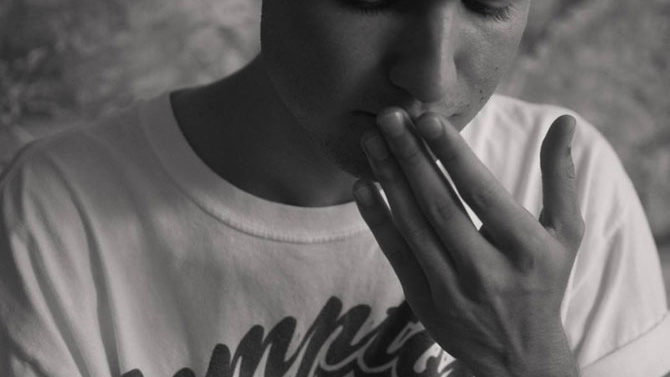 THANKS, DAD: It’s been just about year and a half since any new music slipped from the threshold of Stay at Home Dad. Now, there’s a new 10-track collection brilliantly named Automatic for the People: 2. With this release, Dillon McCabe stays his course of producing dynamic and deeply influenced electronic dance music. He’s adept at fueling his craft via boom bap, the occasional witch house beat and a solid sense of track layering. The OMD-ish “Pulse” is a highlight here, as is “78.” My only serious aesthetic difficulty with this album is the same one I have with a lot of modern records of this sort. There’s an absolute crap-ton of phase on here—alternating peaks and valleys of sound such that the music feels like it’s rushing in then rushing out—and I can’t listen for too long without feeling dizzy. Nausea aside, this is a pretty good listen. Check it out at 1800stayathomedad.bandcamp.com.

TICKETS, PLEASE: The new, nine-track, self-titled album by electronic duo Deer Eyes is out now. Everything here is handled by members Conor Lacey (Pansy) and Eli Wheeler. Oddly, the least compelling tracks are the first one (“Intro [Arrivals]”) and the last one (“Outro [Departures]”), with the first being a false start and the last being a squishy landing. While one could ostensibly call this chillwave or some other such thing, it’s more of an amalgam of that plus plain ol’ Cure-influenced pop. By far, the best tracks here are the ones that eschew over-reliance of keys and synths and have a distinct guitar lead (“Again,” “Promenade,” “Lucky”). I enjoy several of these tracks, but each seems to flow right into the next with few distinguishing characteristics. As such, I can listen all the way through but not quite tell when I’ve arrived anywhere. Your mileage may vary, so give it a test drive at deereyes.bandcamp.com.

PEOPLE POWERED: The Classic City Band, Georgia’s oldest continuously operating community band, will perform its spring concert at UGA’s Hugh Hodgson Concert Hall Sunday, Mar. 11 at 3 p.m. This performance is free and will feature the work of Russian composers. The Classic City Band was founded in 1976 and received its distinction as the official municipal band of Athens from former mayor Heidi Davison and the Athens-Clarke County Commission in 2006. For more information, see facebook.com/classiccityband and classiccityband.org.

SEND ‘EM IN: The nominations are still open for the 2018 Vic Chesnutt Songwriter of the Year Award, sponsored and presented by Classic City Rotary. All genres are accepted for nomination. Five finalists are to be chosen, but only one will win. The deadline for nominations is Mar. 31, and the award will be presented Thursday, May 17 at The Foundry. This award comes with a cash prize of $1,000, too, so maybe that’ll get your dander up enough to begin nominating your faves. For all rules and regulations, see classiccityrotary.org and smash that blue button right in the middle of the header.

INTO THE RING YA GO, HAT: Congratulations to Mariah Parker (Linqua Franqa) for throwing her hat into the Athens political arena via her newly launched candidacy for the county commission seat for District 2. Coming hot off the heels of her work for Tommy Valentine’s campaign in District 9 and buoyed personally and artistically by a new, justifiably critically acclaimed album, Parker appears to be perfectly positioned for this run. While I maintain a pretty consistent “no politics” position in this column, I must say, on a personal level, it’s both edifying and exciting to have two young candidates who rose through the music scene vying for local office. Additionally, I’m happy to be able to count each as a friend, and have no doubts with regard to either’s passion for making the Classic City as great a place as possible for all who live here. For more information, see facebook.com/MariahForAthens.