The Low-Key Magic of Happy Cheese, and More Music News 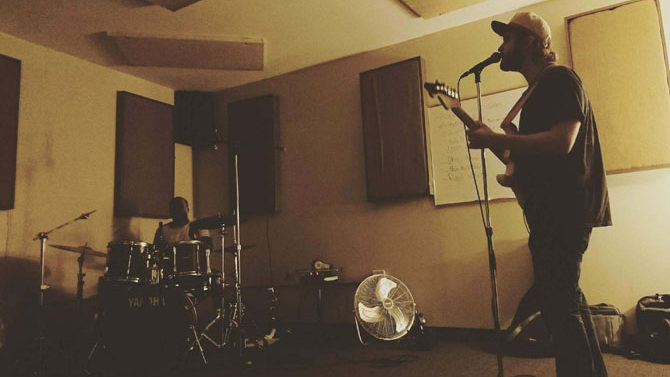 ALL THE WORLD’S A STAGE: I know absolutely nothing about low-key bedsit-pop project Happy Cheese. I’ve no idea if songwriter “Bill O’Reilly” is using his real name and, further, no idea who drummer “Black Ro” and bassist “Chris” are. Nor do I have any idea where “Apartment 27”—where Happy Cheese records—is located. And, for the first time in a long time, this type of mystery is utterly refreshing and pretense-free. The new album, Secular Theatre, is stunning in its clarity of self-awareness and bold testament to unannounced reflection. Musically, the songs are relatively simple guitar/bass/drums arrangements that are easy to hear but not exactly gentle in a traditional way. Pretty much everything here exists at the crossroads of lo-fi indie-pop, Townes Van Zandt and Scud Mountain Boys. Lyrically, I suppose it’d be easy to mention something about “diary” and “personal” and blah-blah-blah, but in actuality, it feels as if everything went through very thoughtful compositional stages. There are no ragged, throw-away lines, stupid choruses or phony, self-effacing humor. Every word has a place. Of particular interest are the instrumentals “Lou Pfohl” and “27,” which employ smart samples of unknown origin. At times, they seem to exist only in the air. Out of the lyrical songs, if I was forced to choose only one, it would be “Alexithymia.” Secular Theatre runs 11 tracks, and through multiple listenings, as each finished, I couldn’t wait until the next one came on. Here’s hoping your mileage is similar. Start your engines at happycheese.bandcamp.com.

PLAN AHEAD: This show is a few weeks away, but it’s also the type of thing the audience most likely to attend will need some time to prepare for. So, early notice is best. It’s been well over a year since their stunning reunion during Athens Popfest, but the original lineup of Love Tractor returns to Athens to play the 40 Watt Club Saturday, Nov. 18. Joining them are 1990s Athens stalwarts Magnapop. (Love Tractor will also play the night before at Atlanta’s Vista Room with the deservedly legendary and all-around wonder Swimming Pool Q’s.) Member Mark Cline reports that Love Tractor’s back catalog is due to be re-released on vinyl in 2018, and the band is planning an album of new material, too. No further details regarding either are available right now. Advance tickets are on sale for $10 at 40watt.com.

HIGH FLYIN’: Aerial dance and trapeze studio Canopy and longtime Athens musician and songwriter Don Chambers will host their collaborative project “Everything That Rises” Nov. 10–12 at the Canopy Studio (160 Tracy St.). This collaboration is the first time the studio’s repertory company has done an entire show set to music. Using a script written by member Mary Jessica Hammes, director Melissa Roberts is quoted in a press release as saying, “We literally have built a narrative around Don’s music, and created pieces that will reflect the storytelling.” Further, for those uninitiated into the Southern gothic world of Chamber’s songwriting, Canopy describes it as a “stew of storytelling, at once dark and beautiful, intense and ethereal, like some gritty, rock and roll mix of Flannery O’Connor and William Faulkner.” And, honestly, that’s about the best description anyone could compose. This show will be performed a total of five times (Nov. 10 at 8 p.m., Nov. 11 at 4 and 8 p.m. and Nov. 12 at 6 p.m.). Tickets are $20 for adults, $15 for students with school ID and $6 for children. See canopystudio.org for more information.

HEY, JOE: Athens songwriter Joe Cat just released his new album Preachin’ Drunk. He recorded it with engineer Joel Hatstat, and it features Jim Wilson on drums and bass and Cody Stalvey on piano. Cat’s music is straight-up Americana of the Steve Earle variety and all that implies. His songs are populated with ghosts and highways and grit. Cat is a former U.S. Marine and has a strong heart for the heartland. That said, his songs exhibit a strong but troubled patriotism, especially evident on the double shot path of “Here Lies My Brother” and “America’s Best.” For my money, the best song on the whole album is “Red Hawk,” which benefits from its unobvious melody and strong lyricism. Check it out at joecatmusic.bandcamp.com, and see joecatmusic.com for more information.