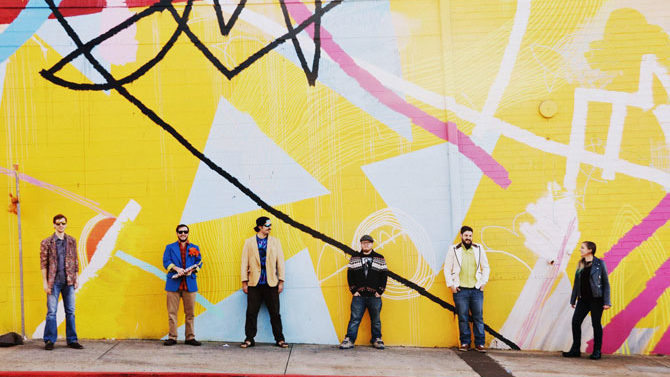 SWEAT-N-GROOVE: The Sigh in July Music and Arts Festival happens this Friday and Saturday, July 21–22 at Live Wire, and two-day tickets are $15. This is an all-ages event, and kids under 12 get in free. The festival, largely focused on the intersection of world music and jam-band music, is hosted by local group Universal Sigh. The full lineup features Voodoo Visionary, Kenosha Kid, Groove Fetish, Jahman Brahman, Cycles, Mister Tie Dye (also performing as Mister Sigh Dye), I.R.E., Partials, Hedonistas, Kilroy Kobra, Harvey Funkwalker, Athens Tango Project, Tallulah George, The Night Shift, Sunny South Blues Band and Heart of Pine. There’s also an EDM kickoff party Thursday, July 20 hosted by Tecropolis and featuring Andy Bruh, Variant, Robbie Dude, Shayd and an opening set by D:RC. This night is free for those over 21, and a mere five bucks if you’re under. For more information, see facebook.com/SighInJuly and sighinjuly.com.

LUSH LIFE: It’s been a good while since we heard anything from Boycycle, but the band is set to celebrate the release of its new EP Saturday, July 29 at Hi-Lo Lounge. It’s titled Elbys Bolt. These five tracks are more lushly arranged and pop-oriented than the group’s debut album, Steady Confident Touch of a Man in His Prime, which came out about five years ago. I wasn’t really grabbed by anything on the new EP until the fourth song, “Birds in a Bath,” which would have functioned better as the opening track. Its relatively speedy tempo comes too late in the record to set the pace of things, but I suppose that’s intentional. Overall, and kind of ironically, the richness of the production renders it a slippery record searching for its personality, and it ultimately feels a little long, even at only five tracks. I think these songs will be much better realized in a live setting, which is how I’ve always enjoyed Boycycle in the past. Your mileage may vary, of course, so seek this out on Spotify, iTunes, Amazon, YouTube, et al. A CD version will be available at the release show. Be a fan over at facebook.com/Boycycle, and if you’d like to hear the band’s debut album, check out soundcloud.com/boycycle.

BROTHERS AND SISTERS: Athens nonprofit Artist2Artist has assembled a jaw-droppingly stellar lineup for its upcoming benefit to aid homeless veterans. The event, on Saturday, Aug. 5, is billed as “CBGB Athens,” because the organizers plan to dress up host venue The Office Lounge as if it were the legendary NYC dump CBGB. OK, that part is, like, whatever. Y’all do your thing. But the lineup is unimpeachable. It includes Michael Guthrie, a reunion of Athens’ Dashboard Saviors, Peter Holsapple (dBs, R.E.M.), the Richard Lloyd Group (Television) and Wayne Kramer (MC5). Advance tickets are $20, and the door price is $25. Honestly, a bargain at twice the price. Get on this. See facebook.com/athensA2A for ticket link and more information.

NOW CHEER THIS: Nihilist Cheerleader is setting out to make some road fire. The band takes off July 22 and will be gone until Aug. 5, conveniently bookending the Southern-states tour with two shows right across a wall from each other. On July 21, the group plays the Caledonia Lounge with Scooterbabe, Symptoms and Harlot Party. On Aug. 5, it’ll play less than 100 feet away—but about 15 feet higher—at Iron Factory. Movin’ on up! Check out the band’s latest single, the poignant and catchy “& She Takes It,” and previous releases at nihilistcheerleader.bandcamp.com, and be a fan at facebook.com/NihilistCheerleader.

GRIND TIME: Creature Comforts Brewery will host the Slammin’ Hot Shredder Show Sunday, July 23. This two-pronged event is both an artist reception for the skateboard deck show currently displayed there and a benefit for the Skate Park of Athens’ expansion. Featured performers include Space Dungeon, Blanko and Crunchy. Michael Lachowski (Pylon) will screen an old skate film of his, too. When SPOA was built in 2005, after an enthusiastic but excruciatingly long planning process, only half of the original plan was completed. The current fundraising is to complete Phase 2. This event runs 1–4 p.m., so don’t be late. For more information, see facebook.com/SkateParkOfAthens.