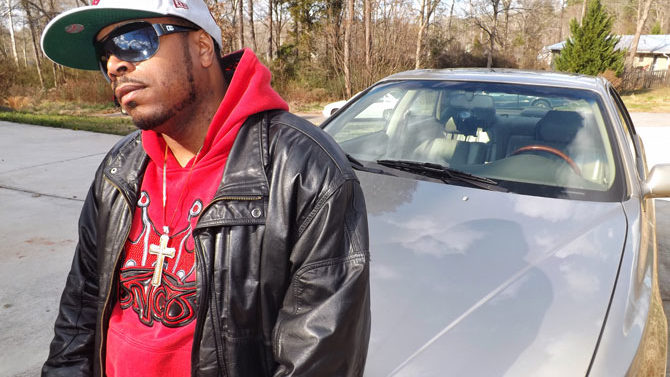 LAST TESTAMENT: Athens rapper Kaliko released his final album last month, and it’s an epic-length farewell. The gigantic record is titled True Fiction and divided into two parts, “True Side” and “Fiction Side.” Spread between the two are a host of special guests, including Chief Rocka, Montu Miller, Milyssa Rose, Ishues, Squalle, Halley Gibley, Adreana Williams, Versatyle tha Wildchyld and PO & Chyna. Kaliko’s last album, Fashionably Late, was released in 2014. The “true” side of the new record focuses on the important things in life (love, family, etc.), and the “fiction” side on the spectacular and showy aspects of hip hop and its associated trappings. It’s a pretty incredible chunk of work, and a lot to take in all at once. This makes the separate collections a nice convenience. Download the whole thing at reverbnation.com/kaliko5, and be a fan over at facebook.com/itskaliko.

NEW NAME: The Athens artist formerly known as Wrenn is now Pip the Pansy. It seems someone else had legal dibs on the old name, so a change was necessary. In other news, she’s releasing a new EP this summer titled Royal Blue Daydream, and she’ll debut it live at the Georgia Theatre Thursday, Aug. 17. For the uninitiated, this music is pure radio pop, incorporating all the latest styles and production techniques. All stylistic allusions to other artists are completely deliberate and, thus, playing catch-up to some degree. If you dig Katy Perry, Lorde or Carly Rae Jepsen, you’ll likely feel at home with Pip. Listen at facebook.com/pipthepansy and pipthepansy.com.

ACQUAINTANCES & FRIENDS: A celebration of the life of Sean Jenkins will happen Saturday, July 1 from 6 p.m.–midnight at the 40 Watt Club. Jenkins, a longtime 40 Watt sound engineer, Athens resident and friend to many, died Apr. 5. A potluck supper happens at 7 p.m., and “rock and/or roll” happens at 9 p.m. The organizers, Chris Bartenfeld and Jef Whatley, request that in advance of the event friends send photographs, poems and other remembrances of Sean to wemisssean@gmail.com. Use that email address to sign up for the potluck supper and to participate in the evening’s entertainment. Donations will be accepted to benefit the various organizations that assisted Sean through his health issues.

MASTER PLAN: Group Grope and DJ Osmose will perform the second of three scheduled “Analog Out” shows at Go Bar Wednesday, June 28. Group Grope is the combined efforts of DJ Other Voices, Other Rooms and Michael Pierce (Smokedog, Leisure Service). The two play their live techno via drum machines and synthesizers. For his part, Osmose will concentrate mostly on deep house and disco edits. Honestly, it doesn’t matter if you’re familiar or unfamiliar with any of the artists involved. If you’ve got an interest in electronic music and old-school hardware, you’ll be duly edified by these talents. Check out Group Grope at soundcloud.com/group-grope, and visit Osmose at soundcloud.com/osmose.

HELLO THERE: Rapper and vocalist Julianna Money (aka J$) released a collaborative EP with beatmaker WesdaRuler (Space Dungeon) a few weeks back. The five-track record is titled My Star, and it’s a nice slice of neo-soul, with lots of emotion and slow, cool vibes to go around. The highlight comes right in the middle, with “J$ – Golden Dancer.” The beat starts right off the bat with a snappy, upbeat snare progression, and J$’s vocals carry a light-’n’-airy melody through the first verse. It all slows down a little before the song ends, but oddly enough, this transition is not as jarring as it sounds. Not a bad first outing for J$, so check it out at jmoneymusic.bandcamp.com.

THE MUSIC MAN: Songwriter Cory Cromer moved to Athens from Augusta almost two years ago and, after playing a string of acoustic shows, put together a band to record under his previously used moniker Wandermonch. The latest thing he’s done is the full-length Signs of Spring. Stylistically, it’s dripping with 1990s influences, from Weezer to Presidents of the United States of America to Barenaked Ladies. Thing is, as completely irritating as I find each of those named, I wasn’t bothered a bit by this record. It’s unassumingly charming and pretense-free. Cromer knows how to spin a tune and twist a melody, and hits high points on the tracks “G.T.W.T.Y.,” “Living in My Living Room,” “Pheromones” and “Jolly Monster.” It runs a bit long for me, at 14 tracks, but that’s really the only negative thing I can say about it. Check it for yourself at wandermonch.bandcamp.com.