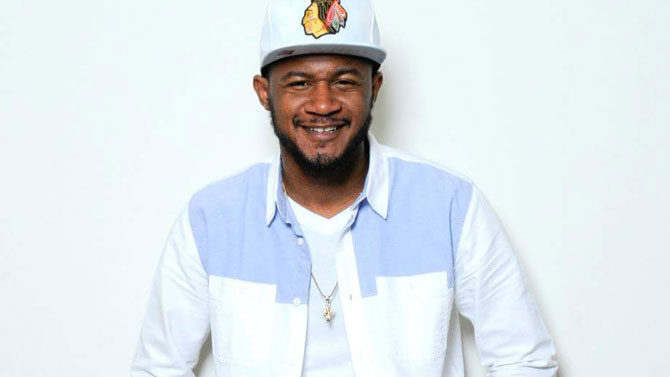 BACK IN THE RING TO TAKE ANOTHER SWING: Longtime Athens rapper Tony B will celebrate the release of his new full-length album Tuesday, Oct. 18 at Iron Factory. The album is named Humble, and it’s the first big batch of new music we’ve heard from Antonio Bradford since his 2013 album Occupy the Streets. This night is presented by AthFactor Entertainment, with Montu Miller hosting and Chief Rocka spinning, and will also feature performances from Ant Da Ripper, We’re Weird, Will the Producer, Celina Lina and Mackboy and Big Guap. In a bit of very cool news, Bradford recently won a contest hosted by Atlanta’s Street Execs studio, and scored some free studio time with producer Shawty Fresh (Rich Homie Quan, Migos). On Humble, Bradford uses several different producers, and his crystalline, melodically oriented flow is well supported by the variety. After listening to way too many cheap-beat and claptrap mixtapes this year, it’s nice to have this mix of Southwest menace (“Wait One Min,” “I Know”), groove-oriented R&B (“From the Streets,” “Down,” ”Ready for the World”) and even early-’90s west Atlanta styles (the Freaknik/bounce/party vibe of “Scrub” and the Dungeon Family-inspired “Overrated”). The release show starts at 9 p.m., and you can grab a copy of Humble at spinrilla.com/mixtapes/infamous-tony-b-humble.

SPARK ME UP: There’s probably no other band in Athens that defines “woodshedding” as much as The Arcs. This foursome of longtime Athens players spends nearly as much time writing and perfecting its material as most folks spend during an Athens-paced run through college. Previous to this week’s new release, the full-length album Molt, the band had only released five songs, and three of those came out over six years ago! At any rate, the band has held true to its brand of crisp, boom-room, guitar-based, hyper-melodic rock and roll. Nary an errant note nor missed beat will be heard nor tolerated. This distinction makes the group markedly separate yet tunefully aligned with inspirations Paul Collins, Graham Parker, Guided by Voices and even Van Halen. High points on Molt include the dreamy chorus of “Boyz Nite Out,” the matter-of-factness of “I Wear a Watch” and the curse of enduring—yet also being—an “Opening Band.” All in all, it’s an expectedly solid batch of tunes that make up in precision what they lack in sloppy urgency. After this many years, how urgent could they be? The band plays its release show Friday, Oct. 14 at the Caledonia Lounge with Shehehe and Golden Eels. Perform your due diligence at thearcs.bandcamp.com and facebook.com/TheArcs.

FIFTEEN YEARS LATER: Experimental sound collage artist Jeffry Astin moved to Athens from Gainesville, FL several months ago, and although he’s associated with multiple record labels, including his own Housecraft label, I was introduced to him via Athens’ MMM Sound. His newest release, Bhsaaveaegi, came out late last month. I’ve listened to this during the day and during the night, and the latter is better. Its seven tracks originally began their compositional life circa 2001, but were thought to be lost. Things like this are interesting to me, because art doesn’t exist in a vacuum, and 2001, to say the least, was a significant year politically and culturally. Taking that as a jumping-off point, and without trying to unduly contextualize someone else’s work, it’s a fascinating listen. What sounds like the gentle crunching of leaves is a perfect coda to the dissolving keyboard exploration of “When the Ground Opens Beneath Me I Dissolve in a White Sunburst of Dawn,” the slammed doors and found sound of “The Winding Pathways Between the Legs of Tables And Chairs” and what I suspect is a harmonium meeting violin and digital disruption are all emotional high points for me. I’ve barely scratched the surface, so give it a listen at jeffryastin.bandcamp.com and form your own conclusion. It’s available on vinyl and cassette, too, for those who need physical relics.

SENSES WORKING OVERTIME: I’ve previously mentioned the upcoming Halloween Hop, the all-day festival event happening at Preserve restaurant Monday, Oct. 31, but there’s new news. In addition to the stupidly good lineup on-site (starting at 2 p.m.!) the Hop is hosting two simultaneous after-parties, each beginning at 10:30 p.m. The World Famous will host Linda, Sonic Avenues, Feather Trade and Beth Israel. The Caledonia Lounge will host Canadian Rifle, Burns Like Fire, Cancers, the Steve Adamyk Band and Iron Chic. If you buy a Halloween Hop wristband for $20, these night shows are included but if you don’t, The World Famous will run ya $5 and Caledonia will cost $10. Grab tickets at halloweenhop.brownpaperticket.com. In related news, this event is actively seeking volunteers. Contact Josh Smith of Burns Like Fire, who has thrown his coordination efforts behind this shindig, via burnslikefire1@gmail.com and he’ll get ya sorted out. For more information, including the full daytime lineup, see preserveathens.com/halloween-hop.