Dave Marr is Back in the Game; Shehehe Rips on Rock & Roll Queen 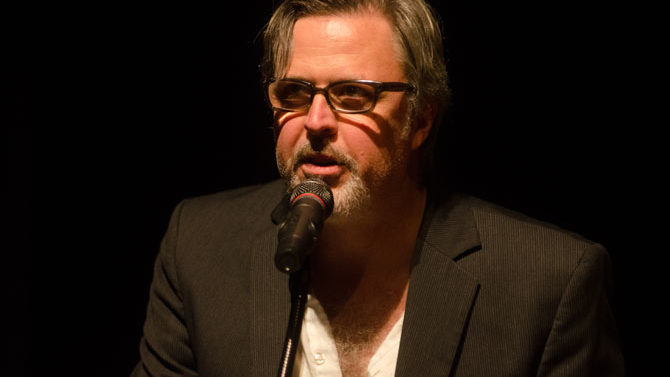 ACT TWO: News came last week that former Star Room Boy Dave Marr is in the midst of recording his first album in just about a decade and a half. The sessions are happening out at The Glow Recording Studio, and Marr’s band includes Don Chambers, Thayer Sarrano, Bo Bedingfield, Brandon Reynolds and Alan Flurry. Guest appearances by John Fernandes and others should round out everything nicely. Head to Homedrone to catch a video for the song “Thank You,” directed by filmmaker Jim Issa. Marr next plays locally Saturday, Mar. 28 at the Caledonia Lounge at the New West/Normaltown Records Slingshot Festival showcase.

GENERATING STEAM HEAT: Those shredders in Shehehe just wrapped an 11-date tour, including stops at SXSW, in celebration of their sophomore album, Rock & Roll Queen. True to the form they’ve developed as a live act over the past few years, the album is solidly book-ended stylistically between 1977–1983. It’s full of buzzsaw guitars, smidgens of hardcore and a triple dose of snotty perma-adolescence. Keep up with them over at facebook.com/sheheheband and stream or purchase the album at shehehe.bandcamp.com.

KEEP IT SMOOTH: Jazz guitarist Trey Wright (ex-Squat) will celebrate the release of his newest album, Songs From Oak Avenue, Thursday, Apr. 9 at Hendershot’s Coffee Bar. The show is free and starts at 8 p.m. The core performers on the record are the members of the Trey Wright Trio: Wright (acoustic and electric guitars), drummer Marlon Patton (Kenosha Kid, Grogus) and bassist Marc Miller (professor of jazz bass at Kennesaw State University). Guests on the record include saxophonist Mace Hibbard (Derek Trucks Band) and KSU Jazz Studies director Sam Skelton. The album is quite focused on Wright’s guitar playing, which is nice, because so many jazz records—even classic ones we know and love—bury the named artist in both recording and composition. For more information, see treywright.com.

DREAMS NEVER END: Local Pennsylvanian transplant Jonah Cordy just released a new track named “The Great Collector” under his performance moniker Kites With Lights. It’s smooth pop in the classic style of, say, Joe Jackson, Johnny Hates Jazz and, perhaps, Swing Out Sister. He released his second full-length album, On the Edges, last October. I literally just got turned on to him about a week ago and have been streaming practically every day since then. What’s so appealing about Cordy’s particular brand of 1980s-style synth excursions is his ability to tap that intangible, working-class ennui that was always part and parcel of the true forerunners and exemplars of the style. I’ve, obviously, no idea what his personal background is, but either way, he’s hit a solid vein here. Dig it all via kiteswithlights.com.

ROLLIN’ COAL: The 2015 UGA Spring Concert will happen Friday, Apr. 10 on Legion Field. Promoted and presented by University Union, the show features star-on-the-rise Sam Hunt and Florida’s Michael Ray. Tickets are $5 in advance and $10 at the gate for students, and $10 in advance and $15 at the gate for non-students. If you’re unfamiliar with either or both of these dudes, I want you to imagine it’s Thanksgiving, and you’re at your grandparents’ house. Your cousin that you see once a year heard you’re “really into music,” and he makes you go out to his truck so he can play you what he’s been “jamming” all semester. Out of nowhere, your ears are slapped with utterly pedestrian, barely listenable, pretty-in-a-Florida-way, boy-sensitive country-pop. You realize, “Well, we are sitting in an F-150.” You nod your head and mumble something about its being “pretty good” before hurrying back inside, feeling like a total ass who can’t even find common ground with his cousin. But as God is your witness, you’ll never sit in that damn truck again. If you’re game, grab tickets via pac.uga.edu.