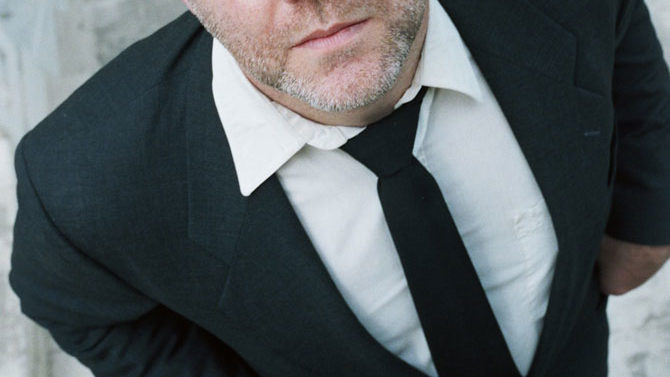 OH, SWEET LORD: As reported on Homedrone: After suffering the major indignity of having a van full of gear stolen on the mean streets of Chicago last year, Athens rockers The Powder Room rallied strongly. Most recently, they released their debut album, Curtains, had it pressed to vinyl, enlisted longtime Athens drummer Patrick Ferguson and headed out of town a couple of weeks ago for a short tour. Things were going swimmingly until the morning of Sunday, Jan. 18. The band was just about to pull out of Chapel Hill, NC and head home when their van literally burst into flames mere seconds after starting. Although quick thinking led to a good portion of gear being saved from destruction, they still lost an amplifier and two 4 x 12 speaker cabinets, at least one of which was vintage. The van was a total loss, too. All told, several thousand dollars went up in flames in a matter of minutes. You can help by purchasing Curtains digitally or in LP form via thepowderroom.bandcamp.com or dropping a few bucks via PayPal to thepowderroomGA@gmail.com. Follow the story via facebook.com/powderroomga. The band next plays locally Feb. 27 at the Caledonia Lounge with Cinemechanica and Big Jesus.

SUBMISSION TIME: OK, folks, it’s time again for you to gather up your dreams and submit them for possible inclusion on this year’s AthFest compilation album. You’ve got a little while until the deadline, but why wait and stress yourself out further? The deadline is Mar. 6, and although you may submit an mp3 file for consideration, you must also have a high quality WAV file available if you’re selected. All other details are on the AthFest site and at facebook.com/athfest.

THE MOUTH REMAINS CLOSED DURING STRENUOUS ACTIVITY: Instrumental combo Maserati reports that they’re headed into drummer Mike Albanese’s studio next month to record around seven tracks that will make up the group’s next album. The studio, dubbed Espresso Machine, will host guitarists Matt Cherry and Coley Dennis, bassist Chris McNeal and Albanese as they wind their way through their sixth release for the Temporary Residence label. The plan is for the label to release the album in the fall and for the band to tour the world afterward. Keep up at facebook.com/MASERATIBAND and ihaveadagger.net.

KUDOS: The initial lineup for the 2015 Slingshot Festival has been announced, and it’s got some stupendously good things in it. First and foremost, attendees will get DJ sets by Jamie xx and James Murphy (LCD Soundsystem/DFA Records). Returning to the Slingshot arena are Washed Out (performing a DJ set) and another instance of the festival’s Japan Nite, headlined by Peelander-Z. New this year are Holly Herndon, Glenn Kotche, Juana Molina and many more. It all takes place Mar. 25–28 at various downtown Athens locations, and you can get more info by heading to slingshotathens.com.

THREE-DAY WEEKEND: Longtime Athens artist and musician Don Chambers will perform a series of shows at the Flicker Theatre & Bar beginning this month. The first of what he’s calling The Last Thursday (i.e. performances will happen the last Thursday of January, February and March) occurs Jan. 29 at 8 p.m. and will feature “music and other entertainments.” The shows are planned to be multimedia events hosted by Chambers and will include guest musicians, spoken word, film, magic and more. His first special guest is Matt Stoessel, who is slated to perform a set of newly composed tunes for pedal steel. Tickets are available at Flicker starting at 4 p.m. the day of the show.