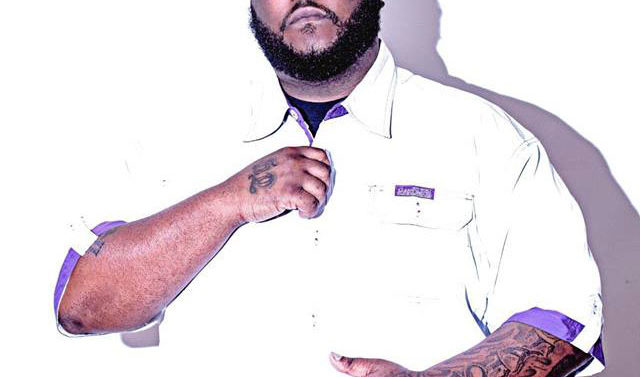 And here we are: Father Time is hustling the former Baby New Year right out the door. Since we’ve all got things to do and such, and because each year around this time we let the public do its own thing on our pages via our Slackpole double issue, this is the final T&P of 2014. So, let this be your notice that I wish you a very happy holiday season and all that type of stuff. Stay safe, stay warm, and we’ll see ya again in 2015! Thanks for another great year in Athens music.

Enjoy the Unsilence: The 22-year-old worldwide phenomenon known as Unsilent Night happens this year in Athens Friday, Dec. 19. The hook is this: Participants—i.e., you—show up with a boombox, cassette player or digital player with speakers, cue up the pre-recorded four movements of composer Phil Kline’s “Unsilent Night” and parade through town while everyone lets the music play from their individual devices. It’s really not as complicated, nor as impenetrably artsy, as it might seem. The conviviality of the event, not to mention the impressively soothing and delightfully aligned sound of multiple speakers playing the same music, is a really neat thing. The gathering begins at Little Kings Shuffle Club at 7:30 p.m., but you may want to arrive earlier, so you’re not the one dragging everyone down. Obtain the music and explore the history of this event over at unsilentnight.com.

Make it Happen: The first live instance of Athens hip hop faithful Akeeme Martin‘s Onyx Echelon 85 aka the OE85 Movement will happen Saturday, Dec. 20 at the 40 Watt Club. This event is called Classic City Legends Vol. 1: The Prelude, and aims to present 30 events between now and August 2015, when Martin will turn 30 years old. The overall goal of the OE85 Movement is “to connect and collaborate with various people in different avenues… and to make some really solid and unique events and have everyone involved reach that next level.” To this end, this first show features performances by classic Athens hip hop artists Ishues, Duddy Ken, Elite Tha Showstoppa and Tony B, as well as this century’s voices like Versatyle Tha Wildchyld, Whisper, Blacknerdninja, Dictator, Backwood Slick and Big Body. It happens at 8 p.m. and will run you a mere $7.

Teach Them Kids Something: The Slingshot Festival is adding a new educational component in 2015. It’s titled GIZMO, and its goal is to provide intersectional learning to kids in grades 4–12 via after-school programs, camps, etc. The key element for GIZMO is innovative instruction via S.T.E.A.M. instruction (i.e. science, technology, engineering, art and math), an effort and concept I completely endorse and which, at least philosophically speaking, used to be pretty darn common among educational professionals. The first camp is scheduled for January 2015. Slingshot has started a fundraising campaign for the project (head to IndieGoGo and search for GIZMO) that ends Jan. 1 but has already raised most of the $1,500 it’s seeking. Most of the donors have contributed at the $200 level, which guarantees a slot for their kid in the camp, but you can donate any amount and feel good about yourself. There’s a crack team of instructors lined up for GIZMO programs, and each of them has at least one foot in the history of the Athens music scene. Lined up are musicians Lucas Jensen, Slingshot founder Kai Riedl, David Gerow, Vicky Tavernier, Eric Marty, Karen Sweeny Gerow, Suny Lyons and Keiko Ishibashi. Before those concerned get all wadded up, allow me to acknowledge that the résumés of these individuals are quite broad in both terms of experience and formal education, but there’s only so much room on this page. Check it all out via facebook.com/AthensSlingshotFestival.

One Tough Cookie: Unfortunate news came down the wire a couple of weeks ago when we learned that the drummer for Casper & The Cookies, and all-around good guy to boot, Gregory Sanders, was forced to step out of that position. He’s currently suffering from a completely torn rotator cuff on at least one and possibly both of his shoulders, and will require many months of respite and tons of physical therapy. His smiling face behind the kit will be missed, but we wish him a complete recovery. You can keep up with the Cookie camp, and send your kind thoughts to Gregory, via facebook.com/casperandthecookies.