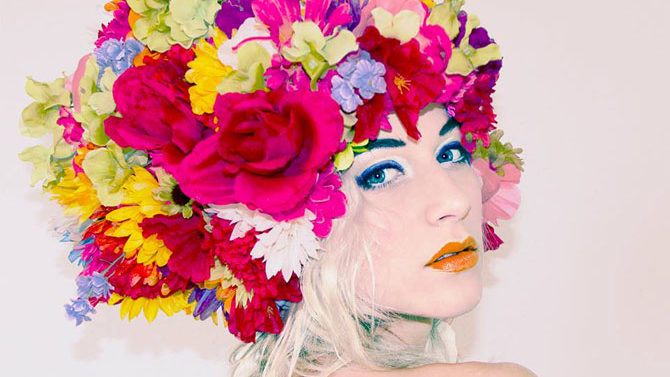 Two for Flinching: Last week, I extolled the new album by Donny Knottsville, which features an all-star lineup of talents and contributors. One of those, Louie Larceny, dropped a new track last week. One side of what can be described a digital single, the track is named “Chain Mail.” It’s paired with the Donny Knottsville track “Hammer Games,” on which Larceny figured prominently. As a pair of good, solid rap tracks, they work quite well together, although I’m slightly more generous to “Chain Mail,” because it’s a bit mellower and not as obviously 1990s gangsta. Check ‘em both out over at louielarceny.bandcamp.com.

Fare Thee Well: One of Athens’ only representatives of pure, old-school indie-pop is going away. Scooterbabe will play its final show Friday, Oct. 31 at an unnamed local DIY venue. However, there’s a new Scooterbabe EP coming out this week, as well. The four-song record was recorded and mixed by Daniel DeSimone at Studio 1093 and mastered at The Glow Recording Studio by Jesse Mangum. Although you can check it out starting Oct. 28 via scooterbabe.bandcamp.com, there’s supposed to be a CD and cassette release soon courtesy of Pizza Tomb Records. Although the sound propagated by Scooterbabe was at one time ubiquitous and, because of this, became increasingly irritating as lesser artists began to ape the genre, the fact is absolutely no one in Athens has played well-crafted, distortion-free pop of this type and caliber in a very long time. I’ll miss them.

Click it In: The deadline for submitting your music for consideration of a performance slot for next spring’s Slingshot Festival is Dec. 15. Sure, it seems like far away, but deadlines have a way of sneaking up on you, so be proactive. According to the organizers, they’re not really booking metal or country acts, and all those submitting should be “inventive, fresh and forward-thinking.” They’re accepting applications via the Slingshot website and through SonicBids. They’ve committed to booking at least 60 slots through the latter service, which is a very high commitment, considering that similarly sized events tend to promise fewer than 10. Visit slingshotathens.com.

Tell Your Friends: Moeke Records is planning a follow-up to its weekly single series with, uh, another series of singles. Summer Singles featured digitally released songs from 13 local bands, and each song was recorded and produced in less than four hours. The new series is to be produced with the same type of efficiency and speed but feature nonlocal artists touring through Athens. The idea is to simply get those folks into the Glow studio, have them lay down a track and then they can split town. If you’re familiar with Daytrotter and its live sessions, you can imagine this to be something like that. Pass the word along and get in touch via facebook.com/moekerecords. You can check out the previously released material at moekerecords.bandcamp.com.

Smorgas-Bored: Photographer Erin Notarthomas completed a successful Kickstarter campaign earlier this fall to fund an EP under her stage name, Wrenn. The planed EP, though, turned into a full length album titled Hi, slated for release Tuesday, Nov. 4 with a celebration performance at Nuçi’s Space Friday, Nov. 7. Musically, the album is a pastiche of styles but centers largely on acoustic guitar histrionics, a presumably unwitting mash-up of “Mr. Bojangles” and Paul McCartney’s “Junk” (the song “Laundromat”), silly Amanda Palmer-style numbers with acceptable levels of non-alienating weirdness, vocal scatting that goes nowhere and a dash of tUnE-yArDs. At 12 tracks, it’s entirely too long, although some songs might have been digestible on an EP release. For a record so convinced of its artiness, it should at least have the power to offend someone, but it makes no real artistic statement at all. Wrenn seems to have one eye in the mirror and the other on the spotlight, but would do good to just focus them both on the task of writing songs. Other things happening at the release show are a performance by classical pianist Kaylea Notarthomas, a performance by UGA’s Cirque & Acrobatics Club and a breakdancing battle between B-Boy Killa Wes and B-Boy Moo. Doors are at 7 p.m., and the show starts at 8 p. m. If you miss this and would like to catch Wrenn, head to the 40 Watt Club Friday, Nov. 21, when she’ll open for The Whigs. For more information, see facebook.com/wrennpop and wrennpop.com.