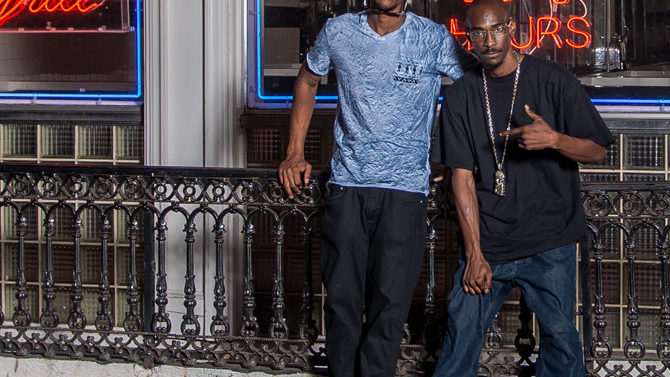 Don’t Sleep: It’s been particularly awesome to see the renewed spirit and organization behind AthFactor Entertainment‘s recent shows and productions. It’s with this same energy I want you to get excited for Athens Indie Fest, which happens this Friday, Sept. 26 at the Caledonia Lounge and features a veritable who’s who of Athens hip hop and associated styles, including Blacknerdninja, Tee-Roy 300, Billy D. Brell, Elite Tha Showstoppa, L.G., Louie Larceny, Chrismis, HalfDeaf, Versatyle Tha Wildchyld, Saint Richard and Profound Breadth. Record selector Chief Rocka will spin tunes, and the whole thing is coordinated by master of ceremonies Montu Miller, who is the primary heart, soul and labor behind AthFactor. This looks to be one of the most fun times all week, and it’s only $5 at the door, so don’t sleep.

Reelin’ In the Years: God only knows how many dusty old demo tapes of Athens bands are sitting around in shoeboxes and attics, but one of my all-time favorites has finally been digitized and uploaded. Back in 1990 (!), when Athens musician Jon Lester was still a pup, his punk combo Refuse Factory (as in “trash”) released the six-song Life Only Knows. The record was punk in this very weird and specific small-town sense that, in all honesty, is probably the most authentic sort of punk: Its influences are a broad mix of stuff like The Stooges, The Cure, those bands on SST that never sold any records and even a little New Model Army. The group took all this and mixed it up in a way that was decidedly fashion-backward. No, you won’t really recognize any of these influences unless you’re really listening closely, but, hell, that’s why you have two ears. The best track, by far, is still “Little Sheena,” which is the song that first turned my ear to them and one of the first local songs I ever tried to learn on guitar. Keep in mind that this is a demo from 24 years ago, and it’s totally full of warts. But it’s also got at least two total gems and, if nothing else, is a really neat peek into a very distant past. Dig it up over at refusefactory.bandcamp.com.

Back to Lovetown: Word leaked last week via Facebook that terminally recalcitrant perennial local favorites The Glands will play live next month. (They leaked the word.) Billed as a “Homecoming Dance,” the date—Saturday, Oct. 4—is UGA’s homecoming, so grads, dads, mad lads and all habits bad will be gathered at Green Room this night. For the uninitiated, The Glands—under the songwriting prowess of Ross Shapiro—play infectious guitar-rock bathed in classic pop sensibilities. Yes, that sounds super generic and stupid—until you realize, so did The Kinks, 1970s-era Bob Dylan, Tom Petty and the Heartbreakers and every single band on New Zealand’s Flying Nun Records. If you missed out on getting tickets to this sold-out event, don’t fret: The Glands will play College Square on Saturday, Nov. 8 as part of UGA’s Spotlight on the Arts festival. More on that soon.

Peeping Teens: Remember a couple weeks ago when I tipped you to the new pop charms of Horse Placenta by Meth Wax, and you immediately went to methwax.bandcamp.com and listened to it for the rest of the week? Well, now you can own the thing on tape, courtesy of Teen Sleuth Cassettes. The label is hawking the new release for five bucks, and if you’ve got 10 to spare, you can add a copy of Futo‘s April 2014 release, Dog Dreams. This represents a 50 percent discount from the limited-edition cassette version released by Futo himself, so let’s hear it for mass production! You can preview Dog Dreams at futo.bandcamp.com, and once you’re ready, place your order at teensleuthcassettes.bigcartel.com.

I-and-I Survive: Cool Kid Productions is starting up an old-school Jamaican music event at Kelly’s Jamaican Foods (1583 S. Lumpkin St., not the Epps Bridge Road location). First up is new Athens reggae quartet Out On A Limb playing originals and select covers along with DJ Lickle Twang! Sound spinning classic cuts and deep grooves and filling the room with “iration and positive vibrations.” This happens Thursday, Sept. 25 and starts at 9 p.m. Planned upcoming events include appearances by DJ Osmose, Atlanta’s rocksteady/skinhead reggae combo Razorcombs and Nashville’s Soul Radics. There’s literally nothing like this happening anywhere else in Athens, so fans of blue beat, ska, rocksteady, reggae, dub, mento and jump up should really support this thing. The only style that’s probably gonna be verboten is that goofball third-wave ska that was so irritating in the 1990s and is creeping back into the public consciousness like kudzu. Keep that outta here.