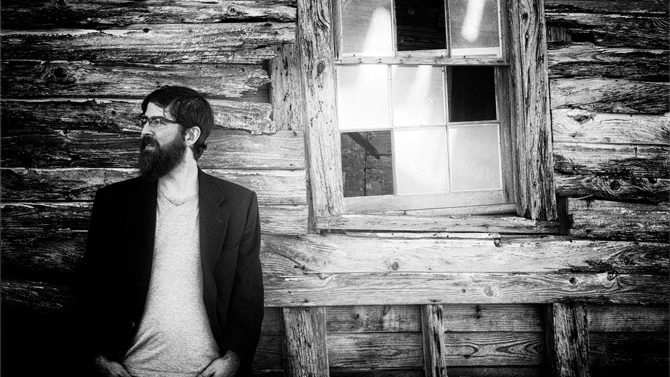 Part One, Part Two: The latest chapter in Athens singularity is a two-track release from Sleep Crime, a new duo composed of guitarist/noisemaker K. Jared Collins (k i d s) and drummer Kimberly Drew. Titled Get Rich or Try Dying, the better half is the B-side, “Try Dying,” which is metal-riffy in a toxic T. Rex kind of way. It’s a rockin’ little number straight outta tasty town. Sure, both sides sound pretty demo-y, and in another lifetime they might have never made it to your ears, because it would have been a real hassle to figure out some way to get in there. But in the modern world? Hell, the only proper response is to tell ‘em thanks for getting out of bed and firing up the Bandcamp to get these uploaded. Oh yeah, that address is sleep–crime.bandcamp.com. (Yes, two dashes. Why? Because who knows?)

Prince Avenue Freeze Out: Longtime rock writer and biographer Peter Ames Carlin comes to Athens Wednesday, Sept. 25 to celebrate the paperback release of his 2012 Bruce Springsteen biography titled, appropriately enough, Bruce. His appearance takes place at 7 p.m. at Hendershot’s Coffee Bar, and will feature him reading to musical accompaniment by Jay Gonzalez (Drive-By Truckers). Expect this show to pack out, though, because there will also be a Springsteen tribute featuring live performances from Patterson Hood, T. Hardy Morris, Thayer Sarrano, Moths, Portland, OR’s Casey Neill, Todd McBride, Nashville’s Loney John Hutchins, Macon’s Chad Evans, Old Smokey and more. The event costs $5, and all proceeds go to Nuçi’s Space. Seriously, arrive early. The very next day, Thursday, Sept. 26, Carlin will appear at a book signing at Avid Bookshop at 6:30 p.m. Avid will sell copies of Bruce at both events, so if you happen to somehow not get a signed book after both of these events, take a right at the light and drive straight on through the night. After that, boy, you’re on your own.

Two For Flinching: A dual record release show is happening at The World Famous on Saturday, Sept. 28. Featured acts are Scott Low (Efren) and Norma Rae (a band that includes Kelly Hoyle Fuller, Ty Manning, Andy Robinson and Jeff Soileau). The show will run ya 10 bucks, which isn’t very much in any case, but attendees will receive CD copies of both acts’ new releases. Low’s record is a full-length titled The Stories I Shouldn’t Tell, and its provenance is described as the result of “divorce and children mixed with dirt roads, friends and Georgia hills.” So there’s that. Norma Rae’s release is a self-titled EP that was mixed in Muscle Shoals, AL. You can check out each artist via reverbnation.com/normarae and reverbnation.com/scottlow.

Submission Hold: The submission season for music and art is now open for the 2014 Athens Slingshot festival. The event is officially billed as “The New Festival of Music, Electronic Arts and Tech in Athens, GA,” and next year it’s happening the weekend following Austin’s South By Southwest, March 21–22, 2014. Ideal music candidates are situated on “the more innovative side of pop, electronic and experimental music.” It’s nice of the organizers to clarify this. Although, it always behooves artists to actually look into whatever event they’re submitting material to for consideration to see what’s what. Basically, don’t take a shotgun approach to a slingshot festival. Get with it via slingshotathens.com.

Left, Right, Left: Longtime Athens musician Karolyn Troupe (Powerkompany) is running in the New York City Marathon this year for the charity Run For Kids, which organizes fitness programs for children around the globe. To this end, Powerkompany is playing a benefit show at The World Famous on Friday, Sept. 27 with Charleston, SC band Loners Society and will donate 100 percent of proceeds to the cause. All donations are tax deductible, and when you donate online you’ll get a tax receipt immediately. For more info, see runwithtfk.org, and to donate directly to Troupe’s personal effort, head to bit.ly/teamK. Even if you miss the show, you can donate all the way up until Oct. 3, but why would you miss the show? Check out Powerkompany and all its happenings via powerkompany.com.