Squat Reunites for a Trio of Shows 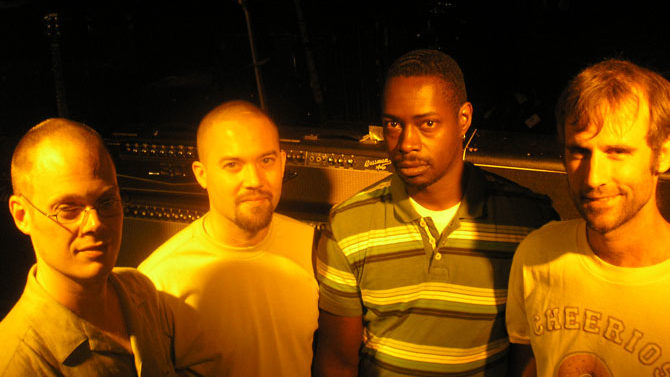 Coat Of Many Colors: The pre-order season is open now for the debut album by Shonna Tucker & Eye Candy, A Tell All. Although best known for her work with the Drive-By Truckers, Tucker’s solo work is so full of personality, wit, emotion and reality there should be a time in the near future when that changes. She’s joined on the album by pedal steel player John Neff, guitarist Bo Bedingfield, keyboardist Neil Golden and Athens’ own lil’ country superstar, Clay Leverett, on drums. The album hits the street Oct. 15, and will come out out on both CD and LP formats, which cost $13.99 and $19.99 respectively. All orders come with a PDF download of the cookbooklet A Family Dinner, which is described as “a gluten-free twist on the Southern family dinner.” This is truly the modern world, people. Tucker plays Friday, Sept. 13 at Chip’s Bar & Grill in Winder and Oct. 19 at the 40 Watt Club. For pre-orders and info, head to shonnatucker.net.

Automatic Rewind: Philadelphia label Hope For the Tape Deck released a limited edition version of Grape Soda’s album Form A Sign on, you guessed it, cassette last week. Also released by the label was a limited edition cassette tape of Faster Circuits‘ new album Tunes Of Glory. How limited, you ask? A mere 100 copies each, and the first 22 of those feature handmade packaging. The two groups will celebrate this momentous occasion Friday, Sept. 13 at the Caledonia Lounge when they share a three-band bill with The Arcs, who will probably be a little bit sad, because they have no cassette tapes. Stay strong, fellas! To order either of these releases for a mere $6 each, please see hopeforthetapedeck.com.

Soft Focus: There’s a beautiful new video out for Old Smokey‘s track “Leggy.” It was compiled by longtime Athens music enthusiast and Old Smokey drummer Robert Lomax (The Lost Man) and can be found over on Homedrone. The footage was done on the grounds of Clem’s Shoal Creek Music Park, which houses Gypsy Farm Studio, where Old Smokey spent a good amount of time recording in July. You can hear the results of those sessions at soundcloud.com/gypsy-farm-records, and you can keep up with the tenderly sweet and plucky Old Smokey itself at facebook.com/oldsmokeyband.

Everything Must Go: Athens musician Wyatt Strother, ringleader of both the indie-folk-pop band Werewolves and the Athens Horse Party record label, has decided to give away the entire remaining run of the 12-inch version of Werewolves’ LP, Georgia. If you live in Athens, you can get a copy—or multiple copies, even (seriously)—delivered for free by dropping a note to athenshorseparty@gmail.com. If you live outside of Athens, a copy will cost you $5 for shipping. Strother is also giving away all of Werewolves’ T-shirts while supplies last. I suppose, actually, everything is contingent upon supplies lasting, right? Anyway, the vinyl version of Georgia was manufactured after a successful Kickstarter campaign last year, and while it’s surprising and slightly sad to see the efforts of so much work simply being given away, I wish Strother the best in his future endeavors with both record-making and music-doing. As of this writing, Werewolves is on an extended hiatus, with no word on when the music will return. You may stream the record at werewolves.bandcamp.com and get semi-regular updates via facebook.com/athenswerewolves.

Don’t Call It A Comeback: Two-decades-old Athens jazz combo Squat is in the midst of playing a triple shot of dates. The group played a gala event for the Oconee Cultural Arts Foundation last week and will land at Hendershot’s Coffee Bar on Thursday, Sept. 26. That date will feature the complete original lineup of Carl Lindberg, Tommy Somerville, Carlton Owens and Trey Wright. If you’re feeling sassy, you can make the trip to Atlanta a few days earlier and catch Squat at the Red Light Cafe on Saturday, Sept. 21, where the band will be joined by drummer Dwayne Holloway. Squat is a five-time Flagpole Athens Music Award winner in the Jazz category. Several members have gone on to other things; this is a unique opportunity to see them together again.

Once Again For Added Emphasis: Continuing on my theme of the past few weeks of introducing stuff to those who have just moved to Athens, let me introduce y’all to folk/country/old-time duo The Skipperdees. Twin sisters Emily and Catherine Backus are generally happy people who play some of the saddest songs imaginable. I endorse ’em 100 percent! Anyway, it’s one of the groups in Athens that tends to get overlooked a bit, because it’s not trendy at all, plays music that could have existed 80 years ago and couldn’t care less about “making the scene.” In short, the sisters are the real deal. So catch ’em when they play the first show of their senior year at UGA at Hendershot’s on Friday, Sept. 6. Making her Athens debut that night will be Atlanta singer-songwriter Faye Webster. Keep up to date with the twins Backus via theskipperdees.com and facebook.com/theskipperdees.