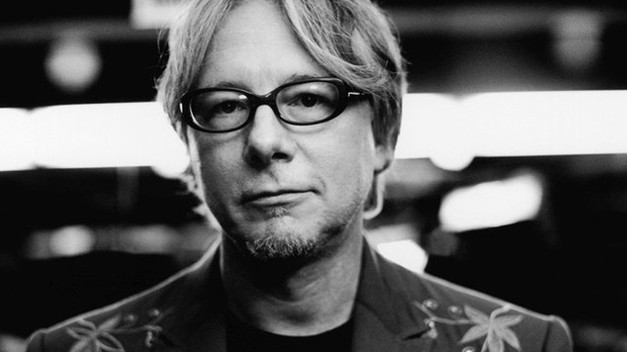 Hey, y’all. We’re in Austin, TX this week for the annual South by Southwest conference, and while we’re cheering on our Athens troops there, please continue to rally on the home front. Check out this week’s rallying points below…

Baby, I Love Your Way: Erstwhile Athens musician, producer and engineer Tom Bavis worked steadily over the past year recording an album of covers with his wife, Julia Barnes. Sounds simple enough, right? And, possibly, instantly forgettable. But what they crafted with Exile on Charlton St. is a real love letter to each other that includes well-chosen tracks from The Zombies, Pink Floyd, Kris Kristofferson, The Beatles and more. The last time I heard a “couples” album that was this genuinely sweet was way back in 2003 (Bellhouse’s Evolution o’ tha Lemon), so it was probably high time for another one. The album was tracked mostly in single takes over several sessions totaling less than 40 hours by engineer Reid Howland (The Vinyl Strangers) and then mastered up in Nashville, TN by Blount Floyd. Other Athens folks on the album include Scotty Nicholson, Marcus Thompson, Tim Adams, James Sewell and Sibley Bryan. The album is credited to Julia Barnes, so that’s the name you’ll want to look for when you go hunt it down at athensmusic.net. 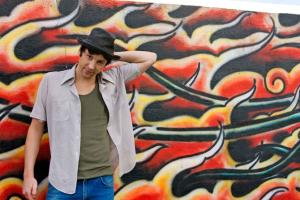 Tumblin’ Tumbleweeds: Ken Will Morton has a busy April lined up. First, the longtime Athens singer and six-string slinger will enjoy the release of a best-of compilation of his work titled Tell It to the Wind. The 12-track album, to be released by Swedish label Ball & Chain, collects songs from seven different Morton releases. That same month, Morton and his band, The Contenders, will travel to Europe for a nine-date tour of Norway and Sweden. Before then, though, you can catch him Saturday, Mar. 16 at Little Kings Shuffle Club, where he’ll share the bill with Wilmington, NC group Brad Heller & The Fustics and Asheville, NC artist Paul Edelman. For any other information you need concerning this, see kenwillmorton.com.

Sing Along: Twin powers Athens Provisions and the Birdhouse Collection will present k i d s recording a live eight-song album at the Caledonia Lounge on Saturday, Mar. 30. Although k i d s has always been the brainchild of K. Jared Collins even when he’s worked with others, it seems it has finally become a real band with a regular lineup due to the addition of Winston Barbe, Emmet Cappi, Luc Frolet and Michael Wright. So, basically, all of Velocirapture. A whole bunch of guests are slated to be included in this live event, including Javier Morales (The Dream Scene), all of Pretty Bird, Josh Evans (Muuy Biien) and more. David Barbe will handle the actual task of recording so everyone else can just handle “art.” Also on the bill proper that night are Ritvals, Dozen Eggs and the aforementioned Pretty Bird. For the uninitiated, take a taste at thebirdhouse.bandcamp.com. It’s a thing.

Come One, Come A Few More: Downtown art house theater Ciné will host an event titled “Songwriters For Ciné” to assist the nonprofit facility in its switch to digital projection, an expense that will reportedly cost around $100,000. The show happens Friday, Mar. 29, with a reception at 7 p.m. and music beginning at 8:30. Now, here’s the big news: The song-swap-style performance will feature one of the first ever solo performances by R.E.M.’s Mike Mills, as well as Don Chambers, Dave Marr, Hardy Morris and Thayer Sarrano. It’s been suggested that this is the first time any member of R.E.M. has played a proper solo show in Athens, and after racking my brain for a solid minute, I’m pretty sure it is. Tickets are $30 in advance and $35 at the door, but I doubt there’ll be any left at the door. Sales begin at 6 p.m. Tuesday, Mar. 12 at athenscine.com. The performance is presented by Ciné and the Willson Center for Humanities and Arts, and the first 30 UGA students that show up that night will be admitted free—so there are only 97 spots available for the normal schlubs. So, hop on it.

Basic Bits: Lara Oshon releases her new album I Will Sing: Live at Sangha! at the Melting Point on Wednesday, Mar. 27. Preview Oshon’s soulful 1970s-ish piano-n-vocal tunes at laraoshon.bandcamp.com… The new-ish self-titled album from Ritvals (pronounced Rituals) is available for streaming at ritvals.bandcamp.com. It’s a banger, full of well-heeled punk and, if you’ll forgive the term, grunge. Dig it… Maserati is basically on tour forever, and in this case, forever will end Apr. 27 in Dresden, Germany and start back up again in May and June. You can catch the band right in the middle of this madness on Monday, Mar. 18 at the Caledonia Lounge… The deadline for submitting songs for possible inclusion on the 2013 AthFest compilation CD is Friday, Mar. 15. That’s this Friday. Details and submission forms are at athfest.com/athfest2013cd.