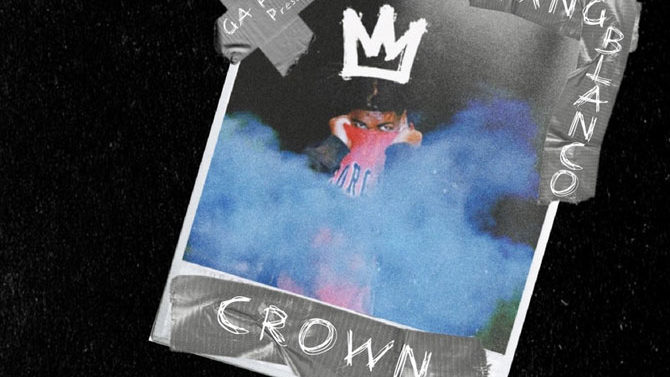 (GA Pro Ent.) The buzziest local hip-hop artist of the past year dropped his official debut at the end of December, and it’s a banger. Opening with oblique references to a 2018 controversy involving the then-Clarke Central senior, who performed his biting cop critique “Dear AmeriKKKa” at the school’s Black History Month assembly, Crown carries that anarchic energy through eight dynamic tracks.

Blanco is blessed not only with a sharp tongue and savvy musical sensibilities—late-night grooves share space with death-trap beats and throwback No Limit nods—but also a growing network of regional mainstays eager to link up with the young standout. In one of the only features on the largely solo effort, Dictator spits ferocious bars on “Knew Betta.” Mega Beats deftly references Bjork on the thunderous, stage-setting “Crown Intro.”

Puckish and provocative, Blanco’s is a critical local voice, and as a coming-up statement, Crown succeeds wildly. For all that has been said and written about the new breed of Classic City hip hop, this may be its first truly essential recording, an album that proves Athens rap’s re-emergence beyond a shadow of a doubt.