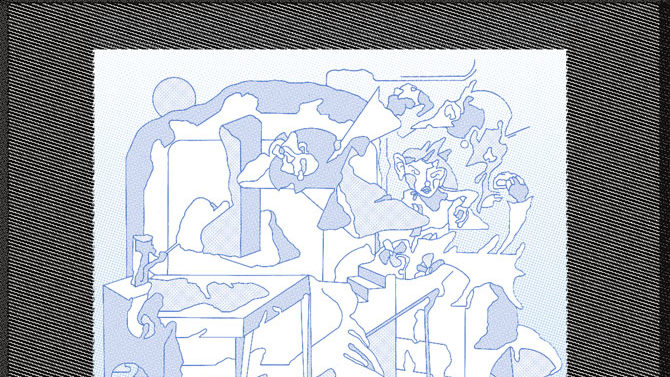 (Marching Banana) Athens post-punk trio Dead Neighbors have kept their sophomore LP on the shelf for nearly a year. While the band was busy touring and trying to find a label, its most poignant and compelling work to date has been floating just beneath the surface, waiting to emerge.

Vocalist and guitarist Sebastian Marquez describes performing in Dead Neighbors as “primal scream therapy,” and in that spirit, Less seems like a necessary emotional step. The majority of the songwriting was done in the wake of Marquez’s stepfather’s death, and the album is dedicated to his memory. Its lyrics are heavy with the frustration and fear that come with the loss of a loved one; Marquez seems to be seeking catharsis by putting his feelings on public display.

Sonically, Dead Neighbors remain anchored by a slack-rock sound that occasionally veers into the realms of emo and punk. Marquez is hardly a masterful vocalist, but his delivery feels honest and raw and is backed up by his and his bandmates’ instrumental acumen. Highlights like “Same Thing” and “No Escape” start small and (relatively) quiet before ratcheting up the tension and eventually exploding into a cacophony of sloppy and effective noise. The album’s final two tracks—the eight-minute ambient interlude “(d)” and haunting “Indifference”—bring the 30-minute therapy session to a stunning close.