Nuçi’s Space Raffles Off Free Shows for a Year 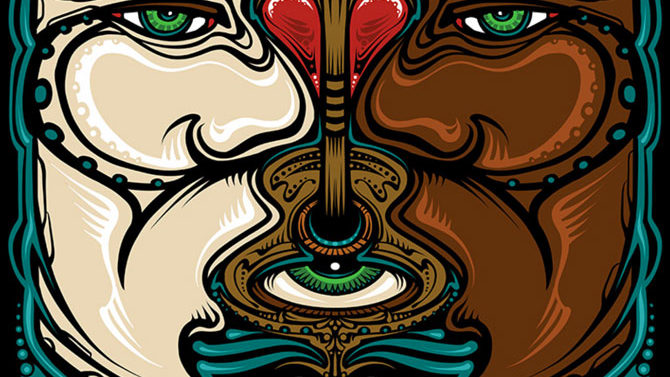 For diehard local music lovers, it’s a dream to be able to see every show, every night, at every venue in town. That dream is about to become one lucky person’s reality, and their bank account won’t take the slightest hit. On Dec. 13, Nuçi’s Space will draw a winner for their Nuçipass raffle, which allows one person and a plus-one to attend shows for free for one year at 21 venues across the state of Georgia.

The Nuçipass raffle began in 2015, when campaign manager Kristina Greene heard about a collaboration between Nuçi’s Space and the 40 Watt Club called the Golden Ticket. She changed the name to Nuçipass and recruited as many venues as she could to participate. Greene says that at only $10 for a ticket, many people don’t believe the offer is real.

“We have a hard time selling it, because it’s one of those things that [seems] too good to be true,” Greene says. “But we’ve still managed to sell a lot of tickets over the years.”

Since 2015, the Nuçipass campaign has raised $75,000 for Nuçi’s Space. This is due largely to local venues and radio stations donating their services. Ads have run on Bulldog 93.3, Power 100.1, Magic 102 and 103.7 Chuck FM, at no cost to Nuçi’s Space. Participating venues also help to advertise the program.

“Most of these venues have been on board all five years, and it’s just a testament to their commitment to our musicians,” Greene says. “It’s such a huge, generous, important donation that they’re making.”

Money raised from the raffle helps Nuçi’s Space offer free or subsidized mental and physical health care for any musician who needs it, as well as low-cost practice spaces and equipment.

The unique nature of Nuçi’s Space, combined with a lack of affordable mental health care in Georgia, has caused demand for the organization’s services to grow. Last year, Nuçi’s Space says it served 2,125 musicians from 17 counties, with plans to expand further.

This year, Greene says Nuçi’s Space will extend its services to younger musicians with a new program: Mikey Houser’s Pre-Amp. The program will introduce fourth and fifth graders across Athens to new instruments who may not otherwise have the opportunity to learn them. The goal is to train them for Camp Amped, a summer music day camp for middle and high school students.

Though Greene is employed by Nuçi’s Space, the cause is also personal to her. After her husband committed suicide in 2013, she moved to Athens to be closer to family. She says that when she went to Nuçi’s Space for a job interview, the community there welcomed her with open arms.

“The first time I walked through the doors of Nuçi’s Space was the beginning of my healing,” she says.

Greene says that while their methods may change, the goal has always been the same: to prevent suicide in Athens, specifically among musicians. Nuçi Space’s promise is to never turn away anyone who asks for help.

“I’m obviously very passionate about this cause, because I don’t want anyone else to be in the situation I was in,” Greene says. “I really, truly believe we can change that.”

Nuçipass raffle tickets can be bought at nucipass.org. Tickets are available until the drawing on Dec. 13.