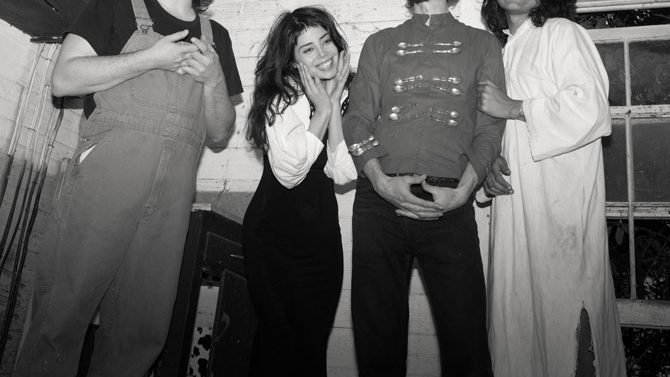 John Fernandes wants to share his favorite music with all who will listen. The multi-instrumentalist has played with local staples The Olivia Tremor Control and Circulatory System, runs a record label and works at Wuxtry Records, and this week, he will host the seventh installment of the Cloud Recordings Festival. Each year, the festival hosts a hand-picked selection of Fernandes’ favorite artists, who rank among the region’s most boundary-pushing musical acts.

For three nights, Go Bar will be the setting for Ariel Ackerly’s ambient keyboard and dulcimer sounds, The New Sound of Numbers’ post-punk—the band came out of semi-retirement for this year’s festival—looped organ and vocals from Goddess Complex, wild karaoke and much more. This year, Cloud Fest received a grant from the Athens Area Arts Council, which will be split among each of the 19 performers.

Fernandes is among the musicians performing. Describing his birdsong-inspired clarinet set, he says, “I see some parallels between the looped reed work of Terry Riley and Ariel Kalma, and also Brian Eno’s Discreet Music, where there are non-synchronous loops going on. I also step outside and practice with bird sounds pretty often, so that also informs my work. I’m not drawn to a single birdsong—more the polyphony of the call and response of a web of bird sounds.”

Unfortunately, this looks to be the last year Cloud Fest will take place at Go Bar, as the venue will be closing its doors at the end of the year and transforming into a lower-key tavern. “We are sad that the Go Bar won’t be around much longer,” says Fernandes. “It has become a hub for ambient, experimental and adventurous music and performance art. [It is also] the only club in town that doesn’t charge the bands production costs.”

But don’t expect Cloud Fest to be a somber affair. Here are some can’t-miss artists to check out this week:

Among the most critically acclaimed Cloud Fest performers is Sister Sai, whose last two albums stood among the best Atlanta records of 2016 and 2017. Trained from a young age in classical and jazz cello, Sister Sai now produces improvisational layerings of looped strings and vocals. “Sister Sai’s album of modulated cello, Extempore, is just stunning,” says Fernandes, “and seeing and hearing her perform is really entrancing.”

By combining digital effects with fingerstyle guitar and the occasional violin bow, Sunderlin creates an enchanting soundscape of tense and amelodic drone music sure to hypnotize any audience lucky enough to fall under its spell. “I’m releasing a new cassette by [Sunderlin] on Cloud Recordings, and that should be ready in time for the festival,” says Fernandes, adding that it’s “a little darker than his previous efforts. It is a collaboration with Don Buchla’s (the inventor of the synthesizer) son, Ezra Buchla, and Todd Rush.”

Immaterial Possession will take concertgoers on a reverb-laden, melodramatic, groovy trip. One of the only guitar-and-drum bands playing, their music is an ambitious exploration of the boundaries of sonics and song structure. ”We’re excited and sad, as it is likely our last time playing Go Bar, which has been our creative incubator and spiritual home in the Athens music world,” says the band’s Cooper Holmes. “The last time we played Go Bar, a demon joined for a song along with a real 1960s hippie, so who knows who or what will happen this time.”