Wild Nothing Captures Location in Its Shifting Sound 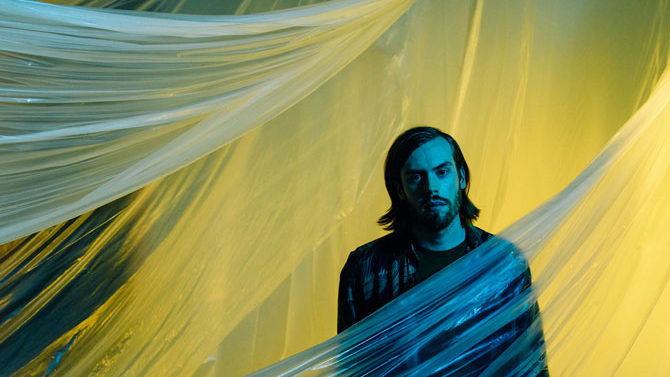 Growing up, Jack Tatum of Wild Nothing frequently came down to Georgia to visit his aunt and uncle in Athens. Through the years, Athens has remained a part of his life—he says he even prefers it over his own college’s town of Blacksburg, VA—especially since his friend and former bandmate Nate Goodman is from Georgia. So, during the early days of Wild Nothing, the live band would rehearse in Athens before tour.

Part of Tatum’s appreciation for the Classic City comes from the community fostered by permanent Athenians. Even while UGA students flow in and out of the city, those who stick around “nourish this idea of having a small town creative scene,” he says. Now, Tatum returns to once again contribute a small part to the city’s creative legacy.

“I’m looking forward to it. I really love [the] 40 Watt—it’s such an iconic club,” Tatum says. “It’s always fun when you get to play a spot that has so much history.”

Life and music have kept Tatum moving. Each of his four studio albums, the first of which was released in 2010, have a different city imprinted on them. Tatum self-recorded Wild Nothing’s debut, Gemini, on GarageBand in Blacksburg while he attended Virginia Tech. His latest, Indigo, came out last year and was recorded in his new home base of Los Angeles. In between, Nocturne found life in New York, and an opportunity from his producer’s friends shaped parts of Life of Pause in a studio in Stockholm, Sweden.

For Tatum, entering a studio breaks the rhythm of writing and demoing alone at home and opens him to exploring something new.

“I think whenever you’re in a position to do work in an environment that can really stimulate creativity in an interesting way, you’re able to get up out of your comfort zone. It’s fun for me,” Tatum says. “I kind of like being on my toes a little bit when I’m recording.”

The varying backdrops for his records have been practical. Tatum has moved around a lot, so the changes in scenery have come naturally with his shifting life. Still, the landscapes where the records first take root impart their own energy. Physically, the studio—or lack thereof—inevitably impacts the record. The tools available and method of working vary between albums and leave their touch on the process.

That works well for Tatum, who’s interested in all the ways you can make an album, from “bloated studio records” packed with analog gear, similar to how he made Life of Pause, to doing it all by himself, like Gemini. This fluidity gives Tatum the option to let the songs dictate how he records. However, location has a less tangible effect, too.

“Being in a new city or just trying to navigate your sense of place as you’re working on a record, I think, can seep into your songs,” Tatum says.

Although it wasn’t recorded at home, Indigo holds the feeling of home tightly in its lyrics. A cornerstone of the record’s patchwork stories is love in a long-term relationship.

“For me, one of the big things that I really wanted to get across with that record was just this idea of expressing feelings through these ordinary, day-to-day operations,” Tatum says.

One song that stands out is the single “Shallow Water.” Tatum describes the track as an “anchored love song” that conveys love through its “realness.” Tatum had just gotten married when he was making Indigo, and the song’s lyrics center around finding safety in a person who has been at your side for a long time. “You’re my crutch/ But it’s you that helps me to walk,” goes one line.

A more recent glimpse into Wild Nothing came in September, when Tatum shared Live From Brooklyn Steel. Tatum says he doesn’t see the album as a “proper release.” Rather, it’s a snapshot of the live band at a moment in time and is meant for fans who are interested in experiencing the live show at home and for posterity.

Wild Nothing’s next release could be just around the corner. Tatum says he’s currently planning a new EP of songs from the Indigo era that will likely come out early next year. “Blue Wings,” which was released earlier this year, may also be included. The song just missed a spot on Indigo, but it stands strongly alone as a bridge between that album and whatever comes next.