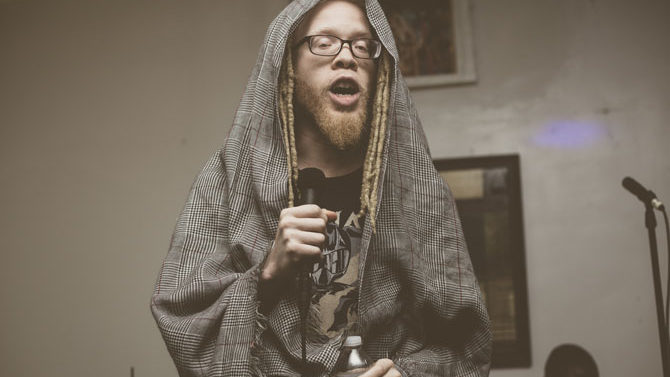 Tuesdays have always been hip-hop nights for Athens—at least where Montu Miller is concerned.

Miller is the COO leading the charge for local promotions company AthFactor Entertainment. Alongside DJ Chief Rocka, he hosts the First Tuesday hip-hop series at The World Famous. First Tuesday was built on a foundation Miller started circa 2005, when he launched Tasty Tuesdays at Tasty World. Over the years, the event has bounced around downtown venues such as Caledonia Lounge and Live Wire, until settling into its current digs at The World Famous. In September, organizers will celebrate the monthly gathering’s third anniversary there.

The aim for First Tuesday has always been to facilitate Athens’ hip-hop scene with an event that fosters creativity by strengthening the community through networking and friendly competition.

“For years, we’ve invited out artists from the Eastside, the Westside, the Stonehenge community—bringing everybody together, so we have a more cohesive scene,” Miller says. “There really is just one community with a few little satellites and branches, but it’s all moving together as one at this point.”

On Tuesday, Aug. 6, Miller will expand First Tuesday’s footprint when he hosts the ATLanta in ATHens Out-of-Towner Edition. It’s a one-off showcase of underground artists making their way from Atlanta to perform for a new audience and build connections with other musicians. Miller describes the effort as “building a bridge” between these two scenes that exist at opposite ends of Highway 316.

Since the late-’90s emergence of Athens’ Dreaded Mindz Family, Classic City rap has remained steeped in politics and the backpacker aesthetics of underground hip-hop culture. Many of Athens’ current leading emcees, such as Linqua Franqa, Squallé and Kxng Blanco, carry on this legacy, delving into a more cerebral movement than Atlanta hip hop and trap exports Migos, 21 Savage and Young Thug.

“I don’t think there’s much of an influence either way between these two cities,” Miller says. “Atlanta has a head start—it’s the black music mecca, and there are a lot of acts based in Atlanta that are doing big things all around the world. But if there is one aspect in which these two scenes see eye to eye, it’s in the underground, where young artists are pushing boundaries,” Miller adds. “That’s where these two music scenes start to look alike.”

Indeed, amidst Atlanta’s urban sprawl, seemingly every neighborhood fosters homegrown talent, and for this edition of First Tuesday, Miller has assembled an impressive variety of acts.

The Beat Wars battle series sets the night in motion, as young producers go head-to-head, showing off new beats and freestyling abilities. A parade of artists take the stage afterward, each playing 20-minute sets, including Northeast Atlanta rapper john.AVERAGE. Fresh off the release of his most recent album, Leftover Snacks, john.AVERAGE boasts a sound and vision that weaves together elements of modern hip hop and boom-bap production with a complex lyrical flow.

“[Nights like this are] important, because both cities have really rich musical histories, but a lot of artists don’t get to explore them or get involved due to the distance between the cities,” john.AVERAGE says. “I’ve met so many talented artists in Athens, and it’s because of opportunities like this. Those connections and opportunities to build are what make events like this important to me.”

After moving to Athens just six months ago, Atlanta transplant Ta’Sheia Shantel has quickly established herself as a formidable presence by blending hip hop and R&B. Her self-produced debut, #TheTyrant: The Cheetah Print, is due out this year. Marietta rap collective Visibly Inflight features emcees Grvndmvster Wvve, Sifu Sonoko and Zuez Da Capo cranking out an expressive blend of art-driven hip hop and R&B. Paid in AmeriKKKa features J-Coop of The Winning Team and producer Last Name Good tearing into subversive and politically charged hip-hop songs about life in modern America.

Capital View rapper Michael Myerz has self-released 26 full-length albums online, each one with a balance of absurdist and punk sensibilities, all while espousing his love for food, feet and video games. For Myerz, the appeal of being a part of this First Tuesday is to give an Athens crowd something a little different.

“It’s exciting, and there’s a visitor factor, like hosting someone at your B&B and seeing what they’re all about,” Myerz says. “The crowd is used to seeing Athens artists, but [thinks] ‘Who are these Atlanta people?’ And what a variety of Atlanta people they’ve pulled together for this show… I don’t know what the crowd will think of me, but I’m going to bring them the full Myerz.”

For all involved, bridging the worlds of Athens and Atlanta is the next step in helping both scenes continue to grow—a testament to Miller’s goal of breaking barriers in underground hip hop, one Tuesday at a time.