How I Got Jazzed on the Grateful Dead 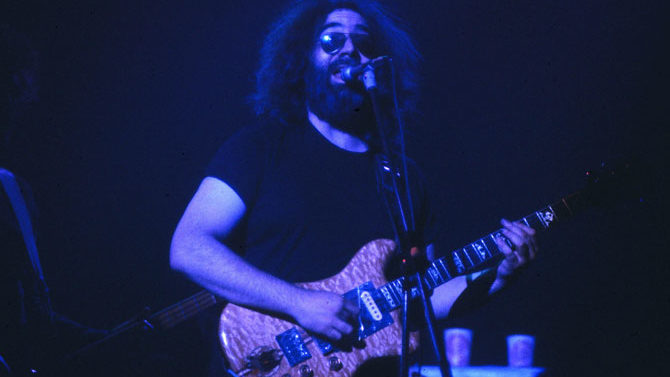 Editor’s note: In the summer series Classic City Deadheads, Athenians are celebrating their love of the Grateful Dead and reflecting on some of their favorite Dead (or Dead-inspired) recordings. This week’s head is local audio engineer and concert archivist Sloan Simpson.

In my high-school “classic rock” phase, I bought and enjoyed a cassette copy of the Grateful Dead’s American Beauty—certainly a classic, but not representative of their live career—but didn’t dig any further until starting college, when I made a new friend who had a stack of live Dead cassettes. A jazz fan for a few years by then, the Dead’s type of jamming struck me as being of a similar vibe to Miles Davis’ Bitches Brew-era stuff. I was excited to hear group improvisation coming from a rock and roll angle, and thanks to the band’s blessing of live tape trading, the music could be had for the price of a blank cassette.

Here are a few favorites that were in my collection in the early ’90s:

In 1985, the Dead drew from a deeper catalog than many years before or after, and experimented with moving songs out of their traditional set placements. “The Music Never Stopped” as a second-set opener gets into some solid jamming before resolving into Phil Lesh’s Dylan cover “Just Like Tom Thumb’s Blues.”

’73 is my favorite Grateful Dead year, as they were still down to one drummer—Bill Kreutzmann’s jazzy feel on the jammier numbers is tops for me—but there was a batch of new tunes that help alleviate the sameness of 1971 and 1972 setlists. The Dead commonly followed a hot jam with a mellow cool-down, and the “Dark Star” into “He’s Gone” here is a great example. This one’s also a standout due to a third set—usually reserved for New Year’s Eve shows—with Allman Brothers Band members Dickey Betts and Butch Trucks joining for a rare “It Takes a Lot to Laugh, It Takes a Train to Cry” and “That’s Alright, Mama.”

The “Dark Star” sequence features author Ken Kesey speaking over their improvisations, paraphrasing e.e. cummings and eulogizing Bill Graham, who’d been killed a few days earlier. The band rose to the special occasion behind him easily.

Released as Formerly the Warlocks, this show featured the first “Dark Star” in several years, but gets a pick from me for the high-energy “Feel Like a Stranger” at the open.

The Dead played a week of historic shows at the Fillmore East for its closing, but I chose this one for “I Second That Emotion” in the R&B cover slot.