Athens Bands Head to the Coast for Savannah Stopover 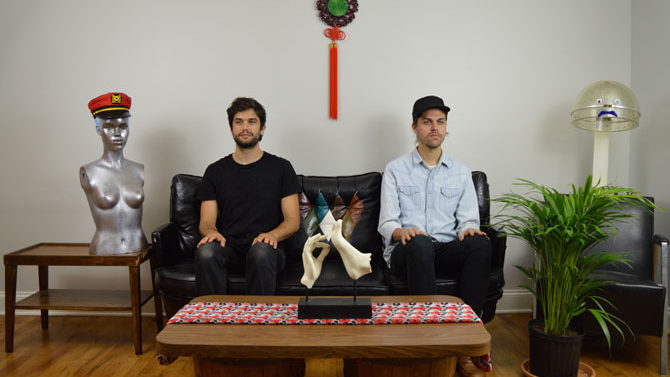 Springtime cometh, and with it the glorious chaos of festival season. As is tradition, several Flagpole contributors will soon skedaddle on down to Texas to take on the granddaddy of them all—the breakfast taco and Lone Star-fueled behemoth that is SXSW—so check back next week for photo galleries and recaps of their experience in Austin. Before South By kicks into gear, though, a few local bands will travel east for another, more low-key happening.

Envisioned eight years ago as a convenient tour stop for East Coasters headed to Austin, each subsequent edition of Savannah Stopover has seen impressive growth in both quantity and quality. The eclectic lineup for this year’s festival—happening Mar. 8–10—includes Nikki Lane, The Cave Singers, Yonatan Gat, Kemba and Lilly Hiatt, to name just a few. In addition, six Athens groups will head coastward this weekend. Here’s a handy roundup for anyone thinking about doing the same:

An established Athenian favorite, local duo-turned-trio Cicada Rhythm updates old-timey Americana with contemporary flourishes. Even when they stick to the script, it’s exciting; vocalists Andrea DeMarcus and Dave Kirslis’ chemistry lends a sparkle to otherwise familiar sounds. And yes, they really are playing at a maritime museum.

Dream-pop two-piece White Violet rolled out its most recent album, Ages, in an intriguing manner, dropping two tracks at a time over the course of a year or so. On the record, singer-songwriter Nate Nelson and multi-instrumentalist Brad Morgan balance smooth pop melodies with tasteful electronics and thoughtful lyricism.

Songwriter and producer Barbe seemed to rediscover his DIY rock groove with 10th of Seas, a scrappy solo album he wrote, recorded and released last year. Backed live by New Madrid as Inward Dream Ebb (anagram alert!), he fleshes those tunes out with additional warmth and texture.

Savannah Stopover’s biggest 2018 get is one of Athens’ all-time faves. Kevin Barnes and company headline the fest one day after releasing White Is Relic/Irrealis Mood, a brand new full-length reportedly inspired by ’80s dance music and Southern rap. (They’ll also hit the 40 Watt Club later this month; look for a feature in the Mar. 21 Flagpole.)

Led by the irrepressible Vanessa Briscoe Hay, PRS transcends the “tribute band” label by virtue of its personnel and its passion. Pylon frontwoman Hay brings as much fire and fury to her current role as she did back in the day, while members of Casper & the Cookies and The Glands maintain the group’s iconic post-punk groove.