Athens Punks Sound Off on the State of the Scene 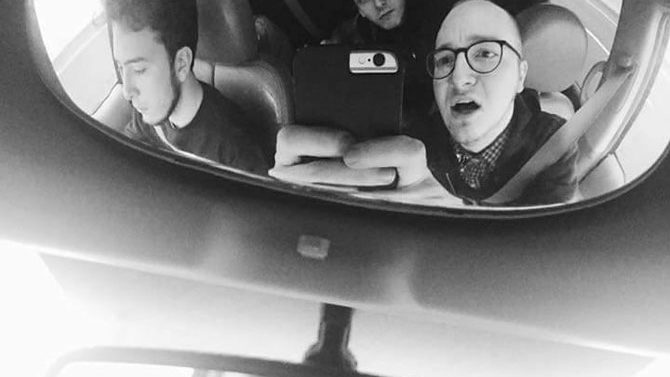 “I’ve lived in Athens for three years, and there are currently more active hardcore/punk acts right now than I’ve seen the entire time I’ve lived here, which is tight… Athens doesn’t have a single all-ages community space that hosts shows. Spaces like that are crucial to a growing, young punk scene. It’s dangerous for a younger audience to be so intermingled with the bar culture that Athens is overridden with.”

—Oliver Vitale (Under a Sky So Blue)

“As someone who doesn’t drink, I only frequent the bars downtown for local music. I often feel out of place in these spots, and the bars themselves seem detached from the music scene while also limiting its growth due to age restrictions and late starting times. It seems that there’s an unexplored need for a space specific to the punk scene that would remove these limitations and provide others with a safe space to explore music.”

“I started doing shows at my house because it was never even a question for me to support the punk scene. I always knew [that] when I bought a place, I’d put on shows for my friends’ bands. It comes from years of DIY touring and being treated like shit by clubs, then we’d play a punk house and be treated like royalty.”

“The current zeitgeist of Athens music overwhelmingly favors dance-friendly pop, indie rock and the immediacy of buying a beer over nurturing a countercultural movement. It’s also worth noting that the creative population of Athens is largely homogeneous, liberal and honestly just not that angry.”

“The ‘scene’ itself, if you can call it that, is definitely tired and played out with imitations of bigger, better artists on full display and a serious lack of original, creative voices that may be present but are not shining through. This is music—a reflection of culture and emotions. It is not a popularity contest. To the punk fans, stop supporting these tedious bands that are ‘cool’ or safe to like. To the punk artists: Stop settling.”

“Athens can be a bit insular, which is a good and bad thing. People in the scene are super supportive (to us able-bodied, cisgendered, straight white males [from] upper-middle-class families, which doesn’t mean much, I guess), but after being around Athens for three years, some of the small-town aspects of the scene are a bit more obvious.”

“I think publications in Athens tend to be focused more on garage-rock, indie rock, indie-pop, etc. The only Athens publication that has mentioned us is The Red & Black, which is honestly hilarious. When I go to shows here, people show up to watch their friends’ bands and then leave… There’s a lot of room for improvement, but considering the population of Athens, there are a lot of people doing really cool things here. We usually have better luck in Atlanta, so we’ve just been playing there more.”

“I’ve toured all over the U.S. and Europe, but I love to come back to Athens. For me, I feel like in a big town with a big ‘scene,’ people and bands can be overlooked… Athens may be mostly the land of R.E.M. and [the] B-52s, but there has been a thriving punk scene here for as long as I’ve been here, and long before I got here. We’ve hosted bands from all over the world. People grow out of it, new people get into it, some people never get out of it, but for me, punk/hardcore has always been a part of my life.”