Tour Diary: On the Road With Athens Band The Norm 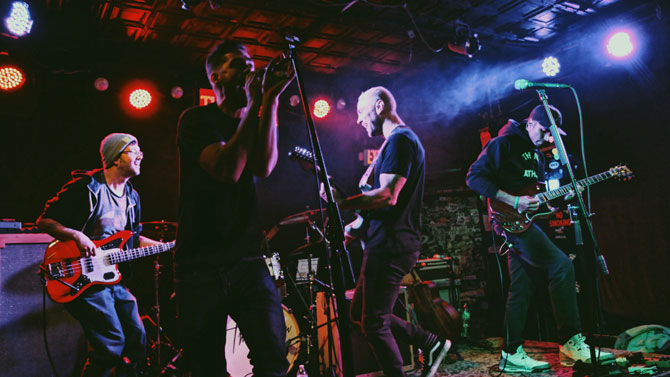 Editor’s note: While many local bands headed west to SXSW earlier this month, eclectic hip-hop/alt-rock crew The Norm chose a different route, touring the Northeast and headlining three nights in Savannah during that city’s St. Patrick’s Day madness. The band reported from the road for Flagpole.

Hello from the road, Athens. We kicked off the tour at The Saint in Asbury Park, NJ. The venue had a great charisma to it—a dark ambiance with shades of crimson, very similar to the 40 Watt. We came to find out that some of our favorite bands played that venue—Incubus, Deftones, 311. Sublime’s Bradley Nowell had signed the green-room wall, which was one for the books. The show went wonderfully—high energy and great crowd participation.

We played Philly the next night. We managed to devour a myriad of Jim’s cheesesteaks hours before the show. This gave us a solid base to rock out. The venue, Milkboy, was about a 200 cap, and we were to capacity that night. Needless to say, the response was great again. Many of our family members in the Northeast came out to see us. It was an honor to play in such a vibrant city, as well as for our family. 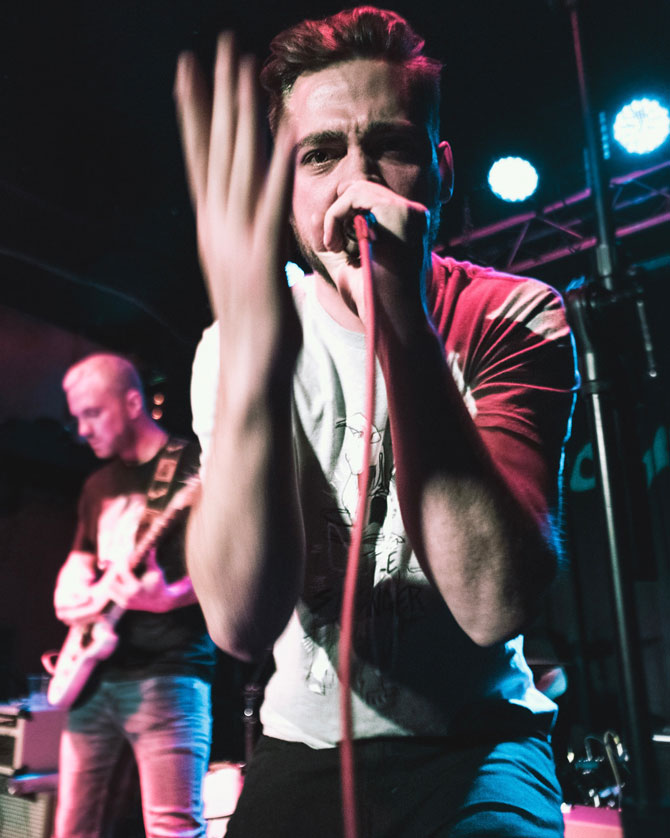 The next night, we played a stripped-down acoustic set at Rainbow Records in Newark, DE. We had never played a set that was totally acoustic, but it was intimate and very special. Even though there were only about 25 people in the building, we were able to connect to our audience much better. We talked about our songwriting process and being from Athens. 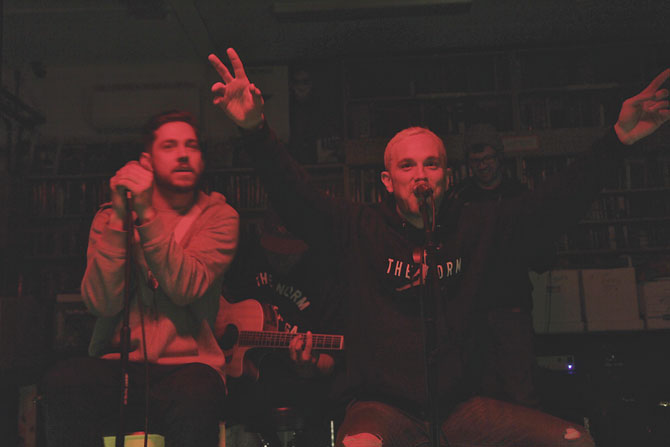 The next day, we set off to play Providence, RI. On the way from rural Pennsylvania, we got a flat tire. Luckily, there was a tire shop about five miles away—but it took us about 45 minutes to get there going a minimal speed. The owner of the shop was a former musician and gave us the tire for free. On the way to the venue, our frontman Bryan Rucker got what he thought was food poisoning and was throwing up everywhere. He managed to play an abridged set sitting down in a chair. It was a rough night. 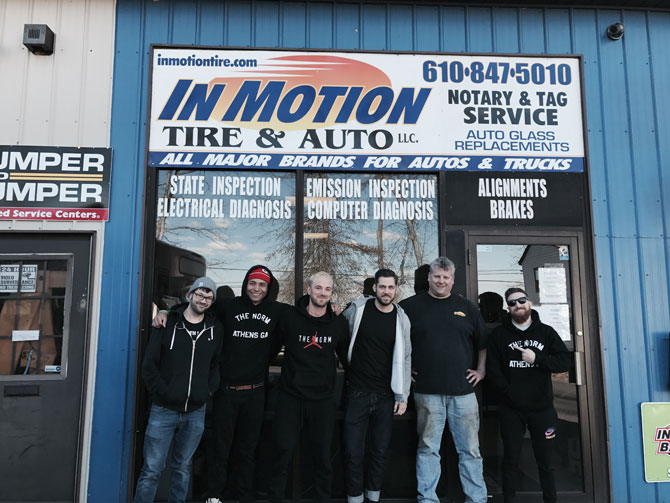 We’ve been touring the whole leg with our buddies Little Stranger from Charleston, SC. They’re an indie hip-hop duo that reminds us of a more contemporary G-Love. The hangs have been a lot of fun with these guys. They’re super standup dudes, and their music is great.

After the Providence show, Bryan was able to make it to a hotel room to purge and get some rest for the next 12 hours. It turned out he didn’t have food poisoning, but had contracted a rotavirus. New Haven, CT was the next night, and sleep was vital. Unfortunately there are no pictures from Providence, given the circumstances, but just use your imagination: A chair, a bucket and a virus walk into a mid-size venue…

We hit the road the next morning en route to New Haven. As soon as we got there, Bryan checked into another hotel room to sleep. Load-in was at 8 p.m. at Stella Blues, and temperatures were dropping. We picked Bryan up around 7:30 p.m. and proceeded to load in. Once we were onstage, adrenaline kicked in, Bryan’s fever broke, and the night was a hit. 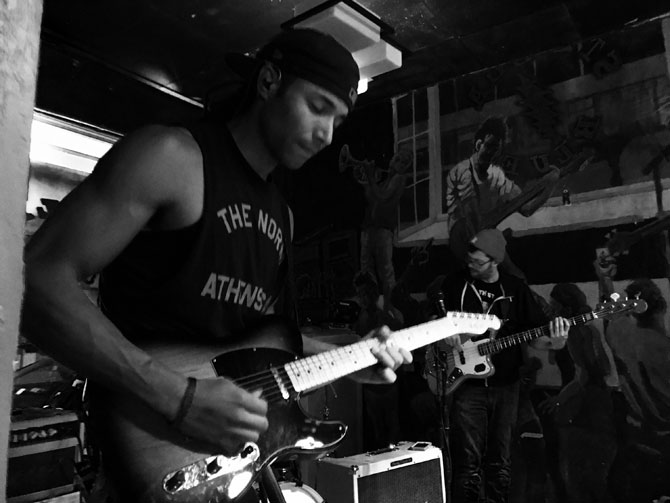 The next night was our NYC debut at Rockwood Music Hall. Temperatures had dropped to the high teens, and we had a 1 a.m. time slot. Amidst all the turmoil, a lot of our friends and family showed up in support. Bryan’s dad surprised us by flying in from Miami, and one of his childhood friends, Felix Pastorius, son of Jaco, made an appearance to support The Norm on this special night. We packed out the 50-cap small venue for a high-energy performance. 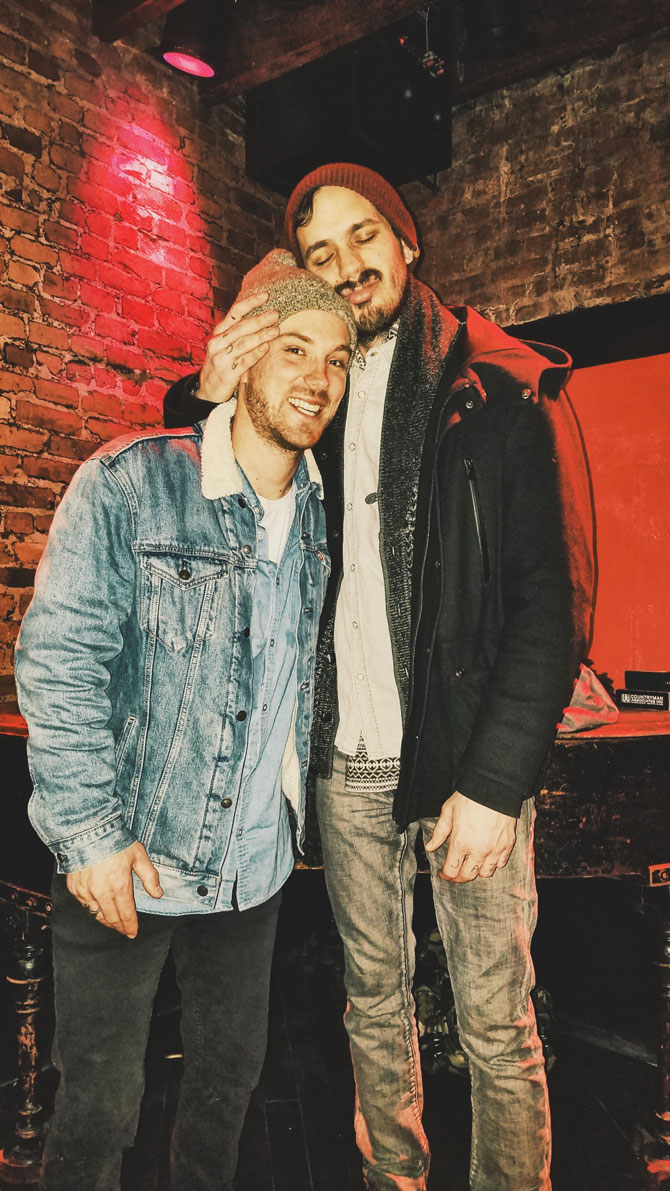 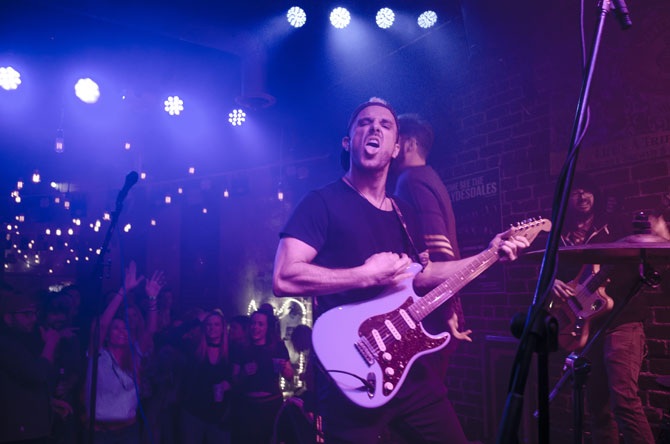 We now prepare for our final Normal Stranger Tour show date at Caledonia on Mar. 31 with our friends Little Stranger, We’re Weird and Phresh Ali. Hope to see you all there!