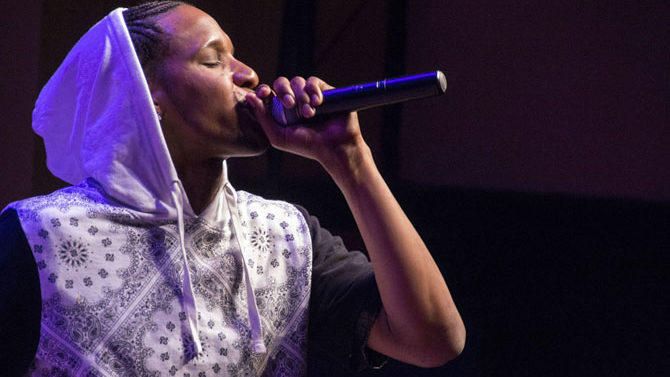 2016 marks the four-year anniversary of the Athens Hip Hop Awards. In that time, thanks in large part to organizers Mokah and Knowa Johnson, the landscape of Athens hip hop has changed considerably. Despite some setbacks and a seeming lack of support from the major players in Athens music, the Johnsons are determined to push their awards show and the local hip hop scene to new heights.

One of the goals of the awards show in its inception was bringing Athens’ rappers, R&B artists and DJs together and removing them from the relative isolation they faced when trying to break through on their own. That goal of building a unified hip hop community has largely been achieved, according to Knowa.

“In the past, it seemed like local artists were somewhat divided by their own mission and, in some cases, reluctant to work together,” he says. “But over the past few years, we’ve seen more collaboration among artists. It’s sort of a creative community kind of feeling.”

Now that more artists have banded together creatively, the Johnsons are beginning to increase the scope of their vision. “We feel that a lot of local artists are putting more effort behind creating and marketing their music, but no one has been able to break into the mainstream,” says Knowa. “So within the next few years, we’re hoping to see a rap, R&B or soul artist from Athens become a household name. We know Athens is well known for rock and grassroots music, but we also would like to see Athens on the map for hip hop and soul.”

Considering Athens’ close proximity to Atlanta, seen as the Mecca of modern-day hip hop, the Johnsons’ goal seems attainable. However, according to Mokah, there has been a surprising lack of support from some of the venues and tastemakers in the local community.

It’s a shame that Athens, a town that prides itself on its musical identity, is still slow to embrace hip hop in 2016. But if local venues won’t give a voice to hip hop artists, the Johnsons will. That’s why the show is focused on championing and reflecting the culture as a whole, rather than the typical awards-show fare.

“This year’s show is not only an awards ceremony but a celebration of Athens hip hop in general,” says Knowa. “We aimed to create more of a party vibe. Attendees can expect a fabulous red carpet event. Each year we work hard towards improving the overall show, and this year’s ceremony should reflect all we have learned over the past few years.”

With hosting duties handled by Elite tha Showstoppa, the performance lineup includes local artists such as African Soul, the Counterpoint Dance Company, Breezy Goings and Jackie Hamm, the winner of last year’s Mover & Shaker award. There are also a variety of non-local performers who will make their way to the stage, including Dre Blac, Myloyd47, Semi Ice and Latto Smookie, in addition to a few unannounced acts.

In the spirit of honoring the culture, the awards also extend past the world of music. Awards for Photographer of the Year, Poet of the Year, Tattoo Artist of the Year and four different hair-related awards (Barber/Barbershop and Hairstylist/Beauty Salon) will be part of the ceremony. Every award is determined by public vote, say the Johnsons, ensuring that this will be a true representation of the populace.

Mokah says the Hip Hop Awards have already had a powerful effect on on the town as well as her own life. “Hip hop is truly a powerful communication tool and has broken economic and racial barriers across this country. Just imagine what the world be like without hip hop,” she says. “It feels good to provide an outlet where artists and entrepreneurs can gain recognition for their talent and contributions to the Athens music scene, especially because they are still undervalued by a lot of venues and citizens in town.”