The Year Athens Indie-Pop Got Complicated 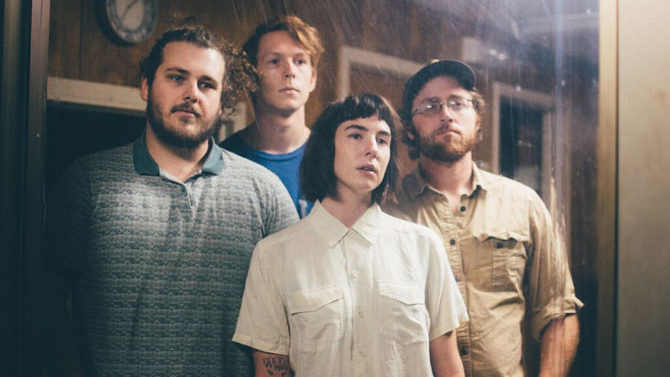 In July, Jesse Mangum released a chaotic new single through his MOEKE Records Summer Singles compilation series that defied classification. With its stylistic irreverence, “Topia Opera,” from Group Stretching—a project that places New Wives and Mothers drummer Matthew Anderegg at the singing and songwriting fore—oscillates between the dysphoric aggression of post-punk and post-hardcore while incorporating swift time signature changes and angular, finger-tapped melodies.

Though those elements are typical of heavier, more mathematically inclined rock music, the thrilling amalgam seeped its way into several local indie rock and pop-minded projects in 2015—as tends to happen when Athens musicians split their gifts between a handful of bands.

Most notable among this group was Mothers, who took full shape this year, expanding from the solo endeavor of singer-songwriter Kristine Leschper into a full-band venture with Anderegg, New Wives guitarist Drew Kirby and bassist Patrick Morales. Leschper’s vignettes and plaintive vocals carry plenty of emotional heft on their own, but new arrangements and frameworks add a commensurate layer of depth to the music.

Take “No Crying In Baseball,” recorded after the band’s sessions for its forthcoming full-length, When You Walk a Long Distance You are Tired, and released earlier this year as a single. As soon as Leschper lets loose the titular mantra, the song descends into start-stop mania with coordinated instrumentation. When a perceived closing figure arrives, the band finishes with one more flurry of chiming, rapidly strummed guitars, and a hi-hat-and-snare-heavy drum part that fits in as many notes as possible in just nine seconds.

The arrival in Athens of Clemson, SC transplant Cole Monroe, whose duo Art Contest shares many of the same principles as this crop, seems like perfect timing, too. With an emphasis on frenetic melodies, rapid meter shifts and untethered song structures, Monroe’s work with Art Contest makes for a near-perfect pairing with Anderegg’s Group Stretching. Despite all the evident technical savvy, Monroe says he is influenced and guided more by a principle that transcends style or acumen: the emotional impact and connection that comes from music.

“The associations people derive from certain songs, sounds, noises [and] movements are absolutely fascinating to me,” Monroe says. “I think about that a lot when I write and play—the emotions and associations tied to how sounds are made and played. I try to use it as a means to express what I’m seeing, hearing and feeling around and inside of me.”

In Athens music, the technical and emotional made their intense mixture well known in 2015. With more bands pushing the boundaries of structure and exploring similarly unique, purposeful approaches, guitar-based music experienced a revitalization unseen in recent years. By mining these new territories, local musicians proved there’s still much to be created in the realm of rock and roll.