Four Artists Who Helped Athens Find its Electronic Voice in 2015 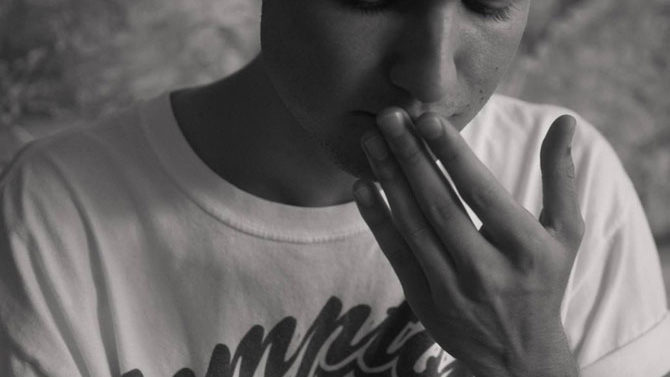 As a genre, electronic music has not always been well represented in Athens. Whether due to a lack of interest or lack of great artistry, the genre has had difficulty finding a strong audience. While we aren’t in the midst of a full-on revolution just yet, there were a few key releases from up-and-coming producers this year that suggested Athens may be starting to finally find its electronic voice.

Mostly known for his work as the lead singer in pop-punk band Scooterbabe, JJ Posway has been consistently releasing music as his drone/ambient project Aprotag since 2012. With his self-titled release from November, Posway’s experimental project has really come into its own. A mix of glitchy synths, clever use of guitar and a variety of unusual samples taken from Posway’s day-to-day life make for the most accessible and exciting release he has put out so far.

Experimental beatmaker Michael Pierce has been quietly uploading songs to various Soundcloud accounts over the past year. The best of his varied output has been released under the hard-to-google pseudonym Leisure Service. Under the moniker, Pierce released the excellent Human Sacrifice EP, as well as an album-length live set recorded at Little Kings this summer. Both of these releases show off Pierce’s wide range. Some tracks revel in their quieter moments, building on an eerie sense of tension, while others incorporate full-on dance grooves with Jersey Club-like clap percussion.

After the sudden and unexpected dissolution of electro-pop band Programs last year, guitarist Dillon McCabe began experimenting with solo electronic productions under the name Stay at Home Dad. According to McCabe, what started as a learning exercise has “quickly become my main creative outlet.” His synth-heavy, sample-based pop style is similar in style to artists like Ryan Hemsworth and Wave Racer, and his his first release, 1-800-STAY-AT-HOME-DAD, shows a lot of promise for someone who is just learning the ropes.

Jeff Cardinal started to make waves locally with the release of his sentient AI love-story concept album, System Delight, in late 2014. Since then, the vaporwave producer has been extremely active. He’s put out three albums, played a handful of shows and is the ringleader of the underground tape label Plus 100. The best of his 2015 output is Mana Pool, which saw release via Dream Catalogue in June. Mana Pool is Cardinal at his most energetic and creative, utilizing jittery percussion and boom-bap elements to go with his light-as-air production style.