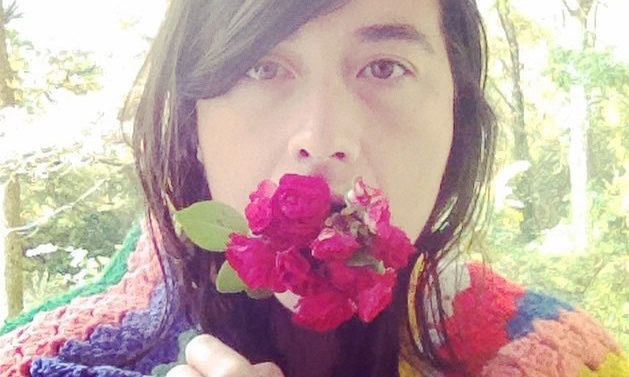 Phelan LaVelle fronts two of Flagpole’s favorite local rock groups, Shade and Crunchy, both of which are playing AthFest, where LaVelle will also debut a mysterious Crunchy spin-off called Scrunchie. Rather than take time out of her busy schedule for an interview with Flagpole, LaVelle conducted a quick self-Q&A at her place of employment, The Grit. Through a cloudy haze of coffee and nutritional yeast, she gave herself the scoop.

Phelan LaVelle: What exactly is Scrunchie?

PL: Shade just wrapped up its sophomore album with David Barbe at Chase Park Transduction. How was that?

PL: It was great. At one point, Eddie [Vedder] and I were hashing out lyrics together, and I was just like, “Ed, you should lay this track down,” and he was all, “Should I?” and I was all, “Ed, what do I always say?” He knows what I always say! So, he knocks out the track, taking way longer than I ever would have, because he’s a total perfectionist. But it sounds great. You can’t even tell the difference, because we have the exact same range.

PL: What are your biggest influences currently?

PL: You’re playing a bunch of shows this weekend. Which one are you the most excited about?

PL: You know what I’m most excited about? The time in between shows. Like, walking around the festival as the artist. That’s always fun. People stare at you, then they look away and pretend they don’t know who you are. And I’m all, “Hey, guys, you don’t have to look away! You know that I know that you know who I am.” You know? It’s totally cute. Also, on Saturday, I’m eating Molly, getting a mani-pedi and swimming in Michael [Stipe]’s pool, so that should be mega-relaxing.