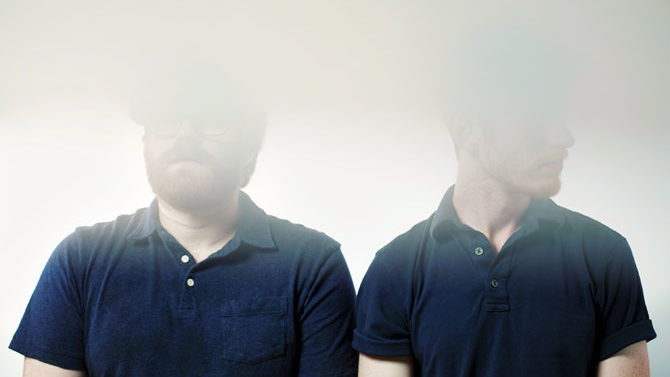 The drummer’s role requires an odd combination of reticence and force. Drummers hide behind the kit, ceding the foreground, while at the same time providing the very pulse of the music. The same strange pairing of hard-hitting modesty can be seen in the long-simmering trajectory of Reptar drummer Andrew McFarland’s solo project, Semicircle. What began in 2010 as a tentative, improvisatory showcase for McFarland’s songs has culminated in an ambitious, powerful full-length record.

Semicircle started as an experiment. Speaking to Flagpole by phone, McFarland explains the idea behind the early shows. “I would text a whole lot of people the day of,” he says, “or put something up on Facebook: ‘Alright, Semicircle show tonight, who wants to play?’”

McFarland would rehearse with a drummer and bassist; the rest of the players were on their own. “Everyone else was encouraged to interpret it how they would,” he explains. “The whole idea of it was to see if that would work, if the idea of these songs could be translated amongst this random group of people.”

The results were mixed—“varying degrees of insanity,” as McFarland describes it. Meanwhile, those who performed regularly with McFarland kept encouraging him to approach the project more purposefully. McFarland, busy with other projects, including Reptar, Giant Giants and co co ri co, was hesitant. “I was always like, ‘I don’t have time to do it; I don’t really know if these songs are that good’,” he remembers.

I don’t want to have a day job. I just want to play music, and I’m very, very willing to do what it takes to make that happen.

Then, in the summer of 2012, McFarland knuckled down, moving back to his hometown of Decatur, with the idea of focusing on Semicircle. He recorded a debut album himself over the course of that summer, taking advantage of a lull in Reptar’s touring schedule.

McFarland describes his thinking then as a choice between two options: “Well,” he says he thought, “I could either get some stupid service industry job and bide my time until Reptar gets busy again, or I could really push myself and try and create this thing in earnest.”

It took another two years, but a record finally emerged: Blown Breeze, Grown Grass and We Are Part of the Earth. A spacious, meditative atmosphere prevails throughout, as McFarland’s songs move from the plaintive fingerpicking folk of album opener “Southern Spring” to the insistent, hypnotic pulse of closer “We Are Part of the Earth.” There’s a deceptively sleepy vibe throughout. It’s not just that at any moment the music can swell to a compelling melodic peak; the mellow sections are themselves taut with feeling.

McFarland also demonstrates that he’s as capable a guitar player as he is a drummer. “Mechanism of Erasure” opens with a simple, circling guitar line which, together with the bass, forms the foundation for the song. After the first verse, a second, distorted guitar introduces a more complex figure, and by the time the coda rolls in, guitar and vocals are trading off in a thrilling call-and-response.

This marriage of form and content is a constant throughout. Speaking of the themes he wanted the album to explore, McFarland talks of a visit to Arches National Park in Utah.

“This idea formed that there exists this other, separate spiritual world that is responsible for a lot of natural causes,” he says. “It’s not a scientific idea… It’s just saying that spirits are a major part of the earth that we live in, and a big part of the idea is that when you’re born, your spirit is drawn from that world, and then when you die it goes back into that world, like a spiritual reservoir.”

This idea is clearly at work in “No Words.” The song culminates in a barrage of sound that evokes the natural elements McFarland references. (It’s a technique Mount Eerie uses to great effect on Wind’s Poem, another record deeply concerned with mortality and transience as manifested in nature.)

Blown Breeze alone is evidence that McFarland has turned Semicircle into a legitimate project, but he’s not content to leave it there.

“I’m pretty determined to make it work with both bands,” referring to Semicircle and Reptar, he says, confidently. Any trace of the old reticence is gone. “I don’t want to have a day job. I just want to play music, and I’m very, very willing to do what it takes to make that happen.”

The Volstead, Junkyard Dawgs and Both Yoforias are Closed