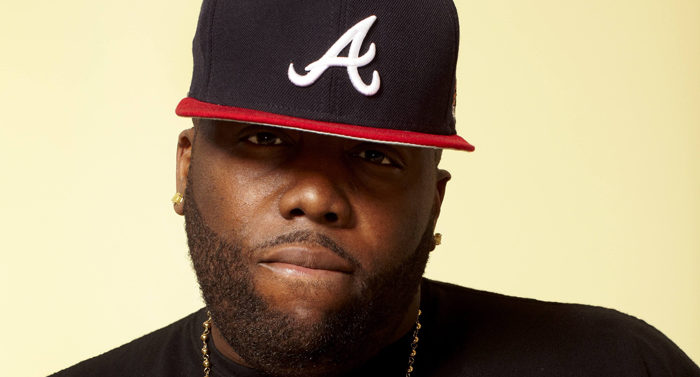 The third annual Athens Intensified festival features dozens of performances at a handful of downtown venues Sept. 11–13 & 20. To commemorate the occasion, writer Jeff Tobias penned the following essay on rap star and outspoken cultural critic Killer Mike, who headlines the 40 Watt Club Friday. Also, check out Flagpole‘s picks for Intensified action, and see the full schedule in the Calendar.

Let’s take as a preface the profile on Michael Render, aka Atlanta rapper Killer Mike, published earlier this year by the Bitter Southerner website. The author, Chuck Reece, began the piece with two stanzas of violent, threatening lyricism. The first was taken from Mike’s 2008 mixtape, I Pledge Allegiance to the Grind II. The second was a sampling of a “murder ballad” by singer-songwriter Chris Knight. The conceit was meant to illustrate a double standard in perception: Knight’s folksy threats were likely to be understood as fiction, whereas Killer Mike’s rhymes might be used as a cultural cudgel against him or other rappers.

In August, that rhetorical device was rendered violently real-life. The killing in Ferguson, MO of unarmed black teenager Michael Brown by white police officer Darren Wilson was a maddening tragedy on its own, but it quickly splintered off into two equally concerning issues. Groups such as Human Rights Watch, Amnesty International and the United Nations noted with alarm the aggression displayed by a hyper-militarized police force, apparently suffering from dual deficits of oversight and moderation.

Even as those boots were on the ground, a second front was opening in the realm of media, as a fog of racism began to cloud the national dialogue. Michael Brown, seemingly as ordinary a teenager as they come, was made the subject of abuse in the court of public opinion. On the day of his funeral, no less a media outlet than the New York Times felt the need to point out that Brown was “no angel”—the sort of egregiously underhanded nudge-nudge hint for which air quotes were practically invented.

Gradually, the prevailing conversation shifted from the gross overreach of state authority to an issue of the victim’s character. It’s been called “dog-whistle politics,” a tactic wherein certain code words are employed as a means to signal subtle biases. Really, it’s not subtle at all. Watching otherwise staunch constitutionalists suddenly forget the meaning of “due process,” it’s not hard to guess what triggered their lapse into amnesia.

I am Killer Mike because I kill microphones. And I trust people are intelligent enough to get it.

Killer Mike was invited to appear on “CNN Newsroom” on Aug. 20, 11 days after Michael Brown’s death, while Ferguson still seethed. His presence wasn’t only being requested as a well-known rap artist, both on his own and as a member of Run the Jewels, his tougher-than-leather duo with rapper and producer El-P. As both a black man and the son of a retired police officer, Killer Mike’s perspective potentially represented a sort of middle ground.

In the days following the TV appearance, Killer Mike praised “Newsroom” host Brooke Baldwin for personally reaching out and inviting him onto the program. Still, while Baldwin’s tone was never short of gracious, her line of questioning veered dangerously close to the sort of cultural victim-blaming widely heard on cable news and elsewhere. For his part, Mike was able to redirect the conversation in such a way as to defuse and deflate the biases that underscore much of the coverage of current affairs. It was also a reclamation of self, earned in the currency of language.

The discussion began with the state of America’s police and the plight of the African American male. Subsequently, Baldwin turned to cultural concerns. She began by saying, “The President spoke the other night about this for the second time, and he pointed out there is a perception and then there is the reality.” This led to a gentle attack on her interviewee. “You refer to yourself as a ‘gangster rapper’—you’re ‘Killer Mike’,” she said. “How does that not further extend and improve the President’s point that there’s a perception out there?”

Baldwin’s quote from President Obama would’ve been well-served by context. Her paraphrased sound bite was taken from this fuller segment: “In too many communities, too many young men of color are left behind and seen only as objects of fear… I’m personally committed to changing both perception and reality.” Baldwin’s question deflected the blame from wider societal ills, ignoring the part about how “young men of color are left behind” and suggesting that perhaps Michael Brown died in part because of a “perception” on the part of others.

Killer Mike, for one, was having none of it. “Well, first… I am Killer Mike because I kill microphones,” Mike began, smiling. “And I trust people are intelligent enough to get it. You got it. So, if you don’t get that, then that’s probably where we’re going to end our intelligent conversation. Because I trust Americans to be smart.”

Here, Mike wasn’t just being magnanimous. It was a perfect way of returning the news anchor’s volley, and he also positioned himself as representing hip hop: “the black CNN,” as Chuck D famously said.

“Before I get to the gangster rapper part, which is kind of tongue-in-cheek,” Mike continued, “I’ll say: I’m Michael Render. I like my woman, weed, Polo and politics. I pretty much let you know what my political agendas are… When I say I’m a ‘pan-African gangster rapper,’ I think that the African diaspora that’s from West Africa, the Caribbean [and] North America should be working wholeheartedly to fix our own problems. That means Atlantans should be donating money to Haiti and West Africa, and what we shouldn’t be doing is worrying about how people perceive us.”

In just over 30 seconds, Killer Mike expressed volumes. In certain terms, he asserted his agency in assuring that his biographical bona fides would come not from a reductive line of questioning, but rather from the source. From that point on, he was addressing his audience, drawing attention to his long-held philosophy of championing black-owned businesses, such as his own south Atlanta barber shop, Graffitis SWAG.

All this stood in opposition to the shame-based rhetoric often heard on television news. Mike was issuing a higher call to move outside of “perception” and instead respond to more urgent concerns.

“And in terms of a ‘gangster rapper’,” he concluded, “‘gangster rapper’ is just a code word for ‘I see very harsh, real, and brutal stuff, just like the stuff my dad saw on the street when he was a cop.’ But at the end, I offer some type of resolution, just like at the end of King and violence, which teaches you the six steps. At the end, there is always reconciliation.” Here, Mike is referring to “The Six Steps to Nonviolent Social Change,” a set of principles developed by the King Center, a nonprofit established in 1968 by Martin Luther King, Jr.’s widow, Coretta Scott King.

The reference to MLK strikes you first as noble and then as sad, once you reflect that things have changed very little since his time on earth.

That Killer Mike knows how to handle himself with words is no surprise. Over his 15-year recording career, he has moved beyond his status as Dungeon Family associate to establish himself as a distinct, powerful performer and artist on the strength of his words and how he uses them.

Although he won a Grammy for his oxygen-devouring verse on OutKast’s 2004 hit “The Whole World,” his aesthetic forebears aren’t only in Atlanta. They also lie in the New York chaos of Public Enemy and the West Coast aggression of N.W.A. With his music, Mike bridges so-called “conscious rap” with the novelistic talk of drugs and violence that are the stock and trade of many rappers. Beyond mere subject matter, he’s also a representative of the skills-first school of heightened lyricism, and that means killing the microphone. He’s Killer Mike for all of these reasons, which of course he has every right to be: He’s an artist.

These last few years have seen Mike arrive in full. Although he’d been known as an attention-commanding orator since he started popping up on OutKast tracks, beginning with 2000’s “Snappin’ and Trappin’,” his booming verbal detonations recently found their match in the dynamite production work of Jaime Meline, known professionally as El-P. The Southern rap heavyweight was introduced to the New York underground king by Adult Swim creative director Jason DeMarco, and the first product of their friendship was Killer Mike’s 2012 album, R.A.P. Music.

With that record, Killer Mike became something of an elder statesman, a veteran who had moved beyond his regional scene, capable of espousing a panoramic view of life’s political battles, small and large. He was equally comfortable addressing hometown concerns and offering a brutal dressing-down of Ronald Reagan.

The collaboration was so fruitful that soon Killer Mike and El-P were a full-time duo, sharing lyrical duties as Run the Jewels. On the group’s self-titled debut, Mike spoke truth to power. On “DDFH”: “Cops in the ghetto, they move like the Gestapo/ Drunk off their power and greed, they often hostile.”

Late October will see the release of the duo’s sophomore album, bearing the Spartan title RTJ2. If the leadoff single “Blockbuster Night Part 1” is any indication, the outing looks to further crystalize the group’s already distinct sense of attitude and aggression and will also include guest turns from Zach de la Rocha and Travis Barker.

It will no doubt also further solidify Killer Mike as one of a generation’s most potent voices. The biases that emerge in the public consciousness often have their source in the irresponsible echo chamber of the national media. To have Mike’s voice ring out in that arena is to hold not only our police responsible, but our culture at large.

Considering how much Mike was able to say with just 10 minutes on CNN, it should be noted that he is allotted far more time to speak his mind on his albums—and at his performances. Those wishing to hear more know what to do.