Lefty Hathaway Breaks it Down All November Long 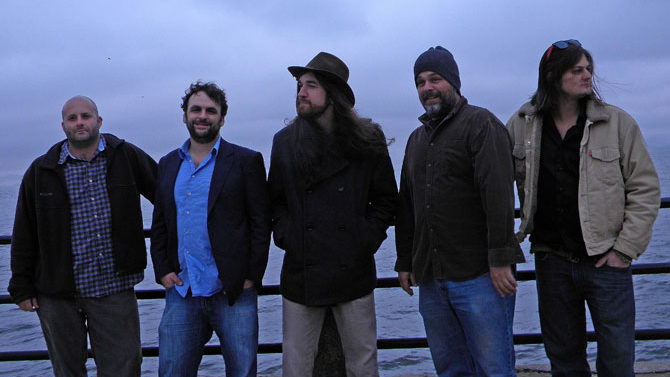 Local keyboardist and bandleader Lefty Hathaway has long been known for his steadfast blending of musical styles. Funk, jazz, rock, soul, blues: they all fit cozily into the talented Hathaway’s wide-ranging repertoire. To a novice, it can be somewhat overwhelming. Thankfully, on Wednesday, Nov. 6 at Hendershot’s, Hathaway and his band will kick off a monthlong residency that aims to break it all down.

“Really, the concept was, we have so many different kinds of influences,” Hathaway says. “And a lot of people like to meld those influences into one night, but sometimes the intent gets lost in translation. That’s what happens a lot with jam bands. They’ll have a polka-bluegrass thing that goes into a wild fusion, Weather Report thing. It gets so muddled. We thought, ‘We have four weeks—why not break it up?'”

On Wednesday, Hathaway and his bandmates—longtime drummer Mike Strickland, along with recent recruits Daniel Bell on guitar and bassist Greg Cooler—will explore their funk and soul roots, diving deep into the catalogs of greats like Stevie Wonder, Billy Preston, Dr. John, the Meters and more. The following week, on Nov. 13, the group will host a hip hop night, backing up local MCs, including Dwayne “JuBee” Webb and Elite tha Showstoppa, in a highly improvisational fashion.

“You’ve gotta see what the MCs moods are, what their cadence is,” says Hathaway, who played in a live hip hop outfit prior to his move to Athens.

The third show, on Nov. 20, has been designated the “blues and country” week, when the band will run through tunes by New Orleans legends like Allen Toussaint and Professor Longhair, as well as Taj Mahal, JJ Cale and many more.

The band will perform a selection of its own material during all its appearances, which will also feature various special guests. (“We’ve played with a lot of people. And we know a lot of bands in town,” says Hathaway.) But the fourth and last show on the schedule, on Nov. 27, will be strictly dedicated to showcasing Hathaway and company’s originals. The set will reportedly be heavy on unreleased material, songs the band is working on fine-tuning for inclusion on its upcoming second studio album, the follow-up to last year’s ecstatic Shacks.

The new record, which Strickland drolly says is “slowly but surely” coming along, likely won’t see the light of day until next winter. But in the meantime, the band plans to cull the best of the live recordings from its Hendershot’s stand into a digital-first double release, which it will make available by next summer.

The point of this month’s residency, aside from the stylistic segmentation, says Hathaway, is twofold. First, it will give audiences a chance to catch the band in a loose, rehearsal-type atmosphere. And second, it will allow the band itself to explore its boundaries while simultaneously gauging audience feedback.

“It gives us a chance to really focus on our performance in a casual setting,” Hathaway explains. “Not really worrying about the restrictions of a 45-minute set, or getting someone’s attention.”

If you’ve never seen Hathaway live, a couple things must be made clear. That he spends large chunks of live performances focusing on revisiting music written by his forebears doesn’t mean he’s in the cover-band business. Far from it. Rather, the keyboardist and his adept crew offer their own distinct takes on the classic material, opting for brash, colorful improvisation over rote muscle memory.

But lest you take that thought too far and get the impression these are a bunch of over-fueled, under-focused jam-band types—that ain’t it, either. Hathaway is acutely aware of the danger presented by technical overindulgence—wankery, as it were—and takes great pains to keep his music on the good side of the taste divide. “There’s a difference,” he says with a laugh, between improv and jamming. “It’s excess versus access.”

And Hathaway says his current band, which has only been together for about a year, is more poised to conquer this chasm than any he has led in the past. Until now, he says, “We haven’t been able to explore the older groove-funk stuff we grew up listening to. But when you find musicians who have those same influences, obviously it works out better.”

The obvious: any opportunity to watch a performance by a group of ultra-talented musicians who have that rare, preternatural connection is special. Four chances in one month is a real treat.