Butch Walker Pulls Back the Curtain 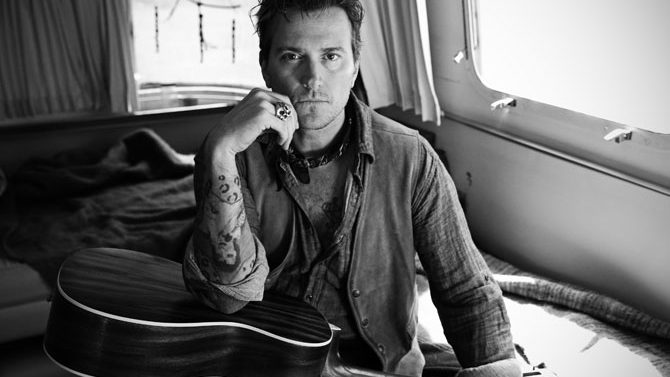 Butch Walker, to say the least, has worn a few hats throughout his two-decade-plus career. After finding his feet as the lead guitarist in Atlanta glam-metal band SouthGang, he went on to front the power-pop trio Marvelous 3 in the late ’90s, which brought him his greatest level of fame.

Though that band quickly splintered, it brought wider attention to Walker’s knack for tightly-wound, relentlessly hooky songcraft and propelled him not only to a respectable solo career but also to a career as a much-sought-after writer and producer. He started out working with moderately famous pop-punk acts such as SR-71 and Lit; now, his résumé includes heavyweights like Pink, Taylor Swift, Fall Out Boy and Train.

“It’s all a part of my heritage, as a small town kid being raised on AM/FM radio,” he says of his knack for penning single-worthy songs. “I probably would have turned out like one of your cool kids in the paper if I’d grown up exposed to the Internet. But there was nothing at that time and place to listen to other than hits on the radio. Blessing and a curse for me, I suppose.”

Unlike many musical figures who start their career in one role and transition to another over time, the Rome, GA native Walker insists he feels his best when he’s doing, as he puts it, “a little of it all.” But for all the pop success he’s brought many of his big-name clients, Walker’s own musical trajectory has flown mostly under the mainstream radar—and, he says, he’s fine with that. There’s certainly no shortage of hooks in his solo work, but it’s clear Walker saves his meatiest, most challenging compositions for his own purposes.

“I’m not being righteous,” he insists. “I like some pop music, but my records don’t look, sound or smell anything like that, and that’s the way I want it. Fame has ruined so many good people and friends of mine, so I have no desire to do things by a business model’s terms or [as] a media slave.”

Instead, Walker performs for his loyal fans, regardless of his level of national exposure. As a man who primarily pays the bills through his behind-the-scenes work, sustaining a solo career for over 10 years is no small feat.

That’s precisely the aim of a new documentary, Out of Focus, which premiered at the Nashville Film Festival last spring and will see a digital release Sept. 17. Directed by Peter Harding and Shane Valdés and distributed by GoDigital, it offers a glimpse of Walker’s life as a hard-working musician and road warrior.

“Honestly, it wasn’t easy to give these guys the green light when they came to me about turning what was going to be a ‘making of the record’ for [most recent album] The Spade into a full-on movie about the life of a musician,” Walker says. “I thought, ‘Well, I’m not Dylan or Springsteen, so I don’t think anyone will give a shit and it will come off as narcissistic as hell’.”

Despite Walker’s initial skepticism, when the producers sent him a rough cut a year later, he was pleasantly surprised with the result—perhaps because the film gets to the heart of his human side, chronicling his small-town roots and deep commitment to his family.

The family-centric portions of Out of Focus have, regrettably, become even more poignant for Walker in the wake of a tremendous recent loss: mere weeks ago, his father passed away.

“The hardest part of it all is the footage [of] my father, who was coming to terms with his mortality,” he said. “It’s going to be hard for me to ever watch it again. He was my biggest fan and my best friend in the world.”

Walker is still proud enough of the film to embark on a mini-promotional tour this month, as originally planned. The tour comprises just seven stops, one of which is his Sept. 7 show at the 40 Watt. (The documentary is only being screened at half the scheduled dates and won’t be shown in the Classic City prior to the concert, but hardcore fans still have the option to catch the Atlanta screening at the Plaza Theatre two days prior.)

As for the performances themselves, fans can expect a more intimate atmosphere, despite Walker’s more raucous recent work with his backing band, the Black Widows.

“I’m not even playing with the Widows on this tour or the next record,” he explains. “I just needed a break from two back-to-back ‘band’ records. With all due respect—we slayed it, and it was a hoot—but when you want to be alone, you’ve got to be alone… That’s the beauty of changing it up. New shoes, new pants, new haircut, new music.”