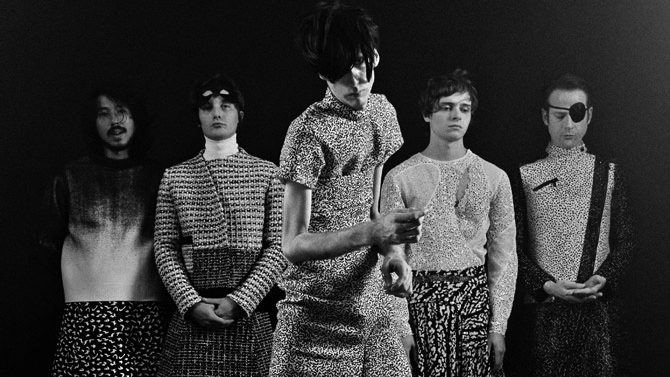 Generally speaking, autumn is the busiest season for live music in Athens, and this year is no different. In fact, our major clubs’ schedules are practically boiling over with local and touring talent: fall 2013 is, we can say with some certainty, the most impressive concert season in recent memory.

Still, it can be a beast keeping track of it all. To help you parse what’s going down over the next few months, we’ve compiled an extensive list of Flagpole-recommended shows, with extended previews attached to our must-sees.

Of course, we’ll run in-depth articles on many of these events as the weeks progress. But for now, here’s a taste of things to come. Bookmark this page: we’ll update it as new shows are announced.

Seattle-based collective Rose Windows falls decisively on the folkier end of the psych-rock spectrum. In fact, the group’s music is often downright pastoral, heavily incorporating flute (obligatory Jethro Tull reference here) and acoustic guitar into its eclectic, expansive repertoire. But the band can ramp it up, too; druggy tunes like “Native Dreams,” from the band’s recently released Sub Pop debut, The Sun Dogs, cull equally from Black Sabbath and Jefferson Airplane. While the group’s ’60s-stained rock and roll daydreams win no points in the originality department, they’re certainly authentic enough to make even the iPhone-totin’-est faux-hippie feel like she was there, man. [Gabe Vodicka] 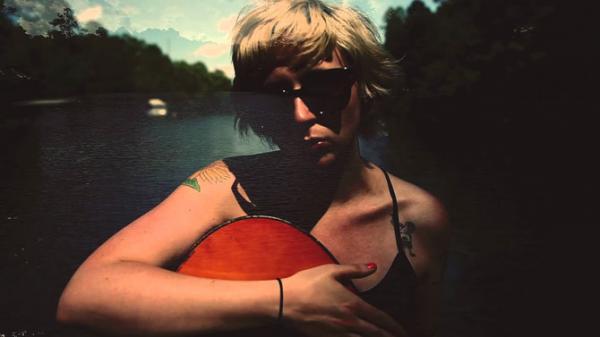 Guitar-slingers Marissa Paternoster, of Jersey rockers Screaming Females, and Katie Crutchfield, of Philly-via-Bama outfit Waxahatchee, are polar opposites, at least on the surface: the former wails and shreds with punk rock abandon, while the latter traffics in up-close-and-personal folk confessionals. Where Paternoster takes tips from guitar wizards like Marnie Stern and J. Mascis, Crutchfield is indebted to the literate emotionalism of Liz Phair and Will Johnson. But the two women are linked by their unwillingness to conform to the Manic Pixie Dream Girl indie ideal; in fact, both display an unflappable creative confidence not often seen among today’s indie stars, regardless of gender. [GV] 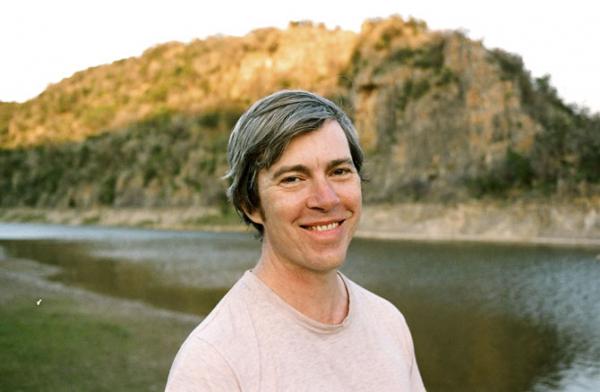 In September, Bill Callahan will release Dream River, his fourth record since shedding the Smog moniker. As a songwriter, he’s as much of an icon as his Drag City labelmate Will Oldham. His music is somber and sparse—not exactly party fare. Sure, there’s the bouncy “Diamond Dancer,” from 2007’s Woke on a Whaleheart—which for a short time I was citing as proof of an emergent dance-folk genre—but in the main, the material’s pretty pensive. Callahan’s music seems more suited to a solitary late-night drive than a big venue. Still, there’s room for surprises. The bitter “America,” from 2011’s Apocalypse, is prime material for a bilious singalong, and a song like “Faith/Void,” from Sometimes I Wish We Were an Eagle, could bring on a collective existential freakout. Think of it as a chance to commune with your moody fellows. There’s plenty of time to be alone after the show. [Marshall Yarbrough] 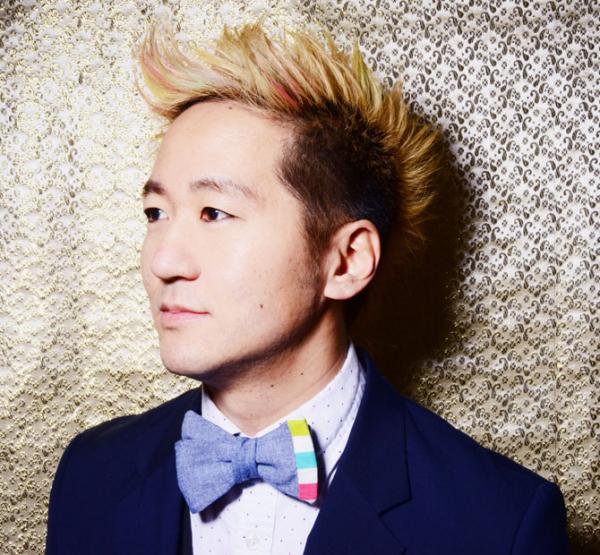 Show of hands, millennials: how many of y’all drove around at age 16 in your beat-up ’86 Camry blasting Clarity and pining sweatily over some girl (or guy)? ME. I DID. Long-running Arizona emo outfit Jimmy Eat World flirted a little too heavily with the mainstream on 2001’s Bleed American (which birthed pop radio staple “The Middle”), but the band is back on track with the recently released Damage, in many ways a return to pre-aughts form. The group doubtless has a place in the hearts of many aging local hipsters; expect this all-ages show to be a mixture of emotionally fragile teenagers and hardened 20-somethings trying their best to pretend they feel it less than they do. [GV] 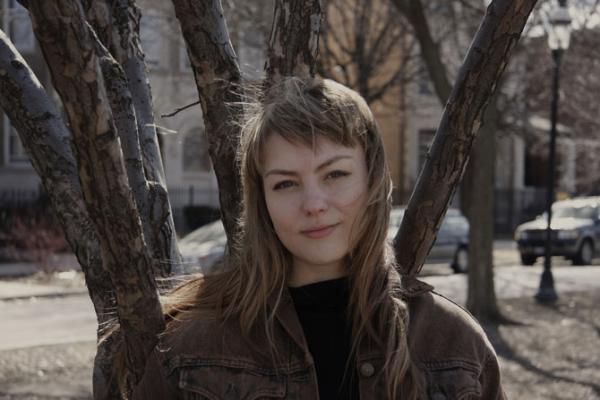 That voice. Chicago chanteuse Angel Olsen features an otherworldly set of pipes that could crack stained glass and a songwriting skill set to match. Last year’s Half Way Home (released via Asheville indie Bathetic) was a breakthrough in more ways than one, and if Olsen’s outdoor performance at this summer’s Pitchfork Music Festival was any indication, her set at the far more intimate Normaltown Hall will be a barnburner. At Pitchfork, on a small rear stage surrounded by lush green trees whipping gently in a wind that seemed to emanate from within the singer herself, she commanded a capacity crowd with little more than an acoustic guitar and that indelible, electric, devastating voice. Good lord, that voice. [GV]

Fans of Jason Isbell since his days with the Drive-By Truckers will likely have a few requests in mind, but the ticket price is worth it to hear the first bars of “Super 8,” from Southeastern, the album Isbell released earlier this year. To hear the line “I don’t wanna die in a Super 8 Motel” delivered with all the force a professional sound system has to offer; to feel the song’s shithead guitar riff blasting from the stack of amps in back of the stage—the very prospect is thrilling. This tour could be a kind of victory lap for Isbell. The singer has successfully sworn off the bottle, and he’s received loads of praise for his new album. Even better, he’s just gotten married, to fellow musician Amanda Shires. So even if Isbell, unlike the narrator of “Super 8,” won’t be spending the night “drinkin’ like a pirate do,” it still promises to be a good time. [MY] 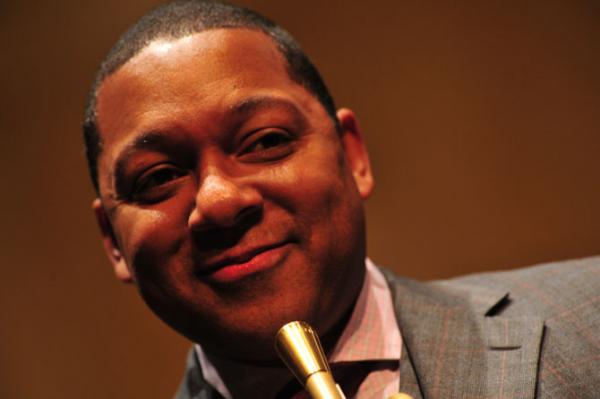 Wynton Marsalis with the Jazz at Lincoln Center Orchestra

The musical highlight of the UGA Performing Arts Center’s fall 2013 schedule is the arrival of trumpeter Wynton Marsalis. The bandleader comes from a long line of New Orleans heavyweights (older brother Branford comes to Athens next spring) and is among the most recognizable figures on the jazz landscape. Still, he continues to explore interesting musical territories, vehemently blurring the lines between popular, traditional and classical music. In Athens, he will collaborate with the Jazz at Lincoln Center Orchestra and a 60-person mass choir to perform his Abyssinian Mass, a grand, gospel-tinged piece Marsalis composed in 2008 to commemorate the 200th anniversary of the Harlem baptist church of the same name. [GV]

Rubblebucket has seven, eight, maybe even nine members. It’s hard to tell, really. What I do know is that these Brooklyn-based world music weirdos produce some of the happiest, most life-affirming, dance floor-igniting boogie-woogie since Reptar (no wonder the two bands like to tour together). The core of the group revolves around infectiously joyful frontwoman Kalmia Traver and her boyfriend/bandleader/trumpeter Alex Toth. Over the course of three albums and just as many EPs, the group has amassed a cult following of diehard fans who sweat, rock face paint and make out all in honor of Rubblebucket’s brassy, polyglot funk. (Think Talking Heads, but add saxophone, trombone and stand-up bass.) Rubblebucket is a surefire good time, the perfect remedy to the fall doldrums—who could be cynical in the wake of such wide-eyed exuberance? [Christopher Joshua Benton]

The first time I saw Toro y Moi, the alter ego of South Carolina native Chaz Bundick, he was co-headlining with Washed Out at the 40 Watt. He performed alone and had a tiny setup with a MacBook and a tapestry placed on a small fold-up table. At the time, he was a disciple of chillwave, making low-fidelity retro-pop tunes out of soul samples—music more inclined to bedrooms and small clubs than open-air festivals and arenas. That was in 2010. Since then, I’ve caught Bundick in a handful of other cities with his drastically altered live spread (and an ever-growing legion of fans). He now performs with a full band, a light production and a much fuller sound. Toro y Moi’s latest record, Anything in Return, recast the multi-instrumentalist as an unlikely bedroom lothario, experimenting with deep house and the softer edges of quiet-storm R&B. [CJB]

of Montreal, Surface to Air Missive 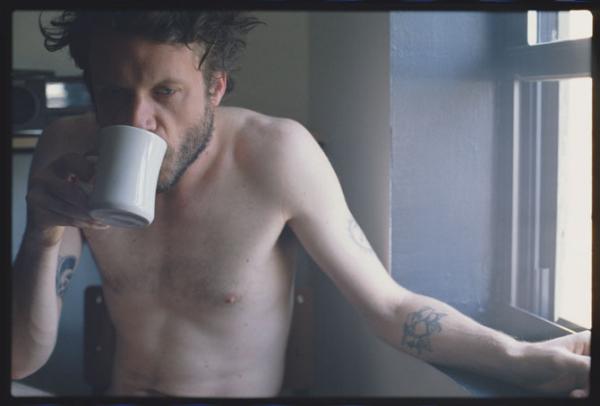 The artist formerly known as J. Tillman released three stark, reflective albums under that name before adopting the Father John Misty moniker for 2012’s Fear Fun, a playful, psych-addled LP. Sonically, the record culls largely from the Laurel Canyon sound of the ’60s, but Tillman’s evasive, pansexual Urban Outfitters persona is pure folkie postmodernism. Live, the artist is an indie rock character actor—or is he? Where Tillman ends and Father John begins isn’t always so clear, and the tall, toothsome singer’s stage presence, a curious mix of suggestive hip gyrations, flamboyant hand gestures and stoic vocal delivery, is an odd but engrossing thing. The Athens show is a solo gig, so expect to experience a slightly more scaled-back version of the Misty mystique. [GV]

Philly folkie Kurt Vile followed up 2010’s underwhelming Smoke Ring For My Halo with this year’s remarkable Wakin On a Pretty Daze, a warm, psych-spotted long-player that played really long—70 minutes, give or take a few seconds. Its generous running time and lived-in sonic qualities lent it an anachronistic air; Vile’s scruffy, longhaired persona, likewise, seems lifted from another era. Above all, Vile finally seems comfortable(-ish) in his role as indie superstar, even as the mild-mannered family man claims in interviews to abhor the touring lifestyle. His longtime backing band the Violators remains as on-point as ever, even with the loss of drummer Mike Zanghi. [GV]

Deerhunter started in the Atlanta garage-rock scene, a scrappy band with a weird lead singer and a penchant for including long stretches of atmospheric noise in its songs. Less than a decade in—this year’s Monomania is album No. 5—the band has emerged as the premier rock band of the Pitchfork era. Bradford Cox, the charismatic frontman, is a bona fide rock star, albeit one of an odder sort, more suited to an age of Internet oversharing. But the blogosphere carping surrounding Cox does nothing to diminish his impact as a performer—case in point being the Joey Ramone-meets-Carrie act he gave during the band’s set on “Late Night with Jimmy Fallon” earlier this year. A recent lineup change saw Athens scene veteran Josh McKay and ex-Balkans guitarist Frankie Broyles join longtime members Moses Archuleta and Lockett Pundt as Cox’s backing band. “I was on the cusp of a breakthrough,” Cox sings on “Nitebike.” Meanwhile, the band is already in top form. [MY]

Win tickets to many of these shows and more by liking Flagpole on Facebook.