How to Get Ahead in Athens—or Not 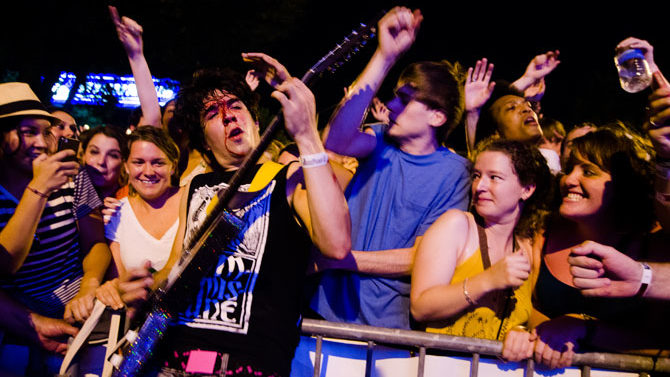 Even in a music town like Athens, where strapping on a guitar is not only encouraged but practically mandated, it can be hard for a band to break on through to the other side. Counterintuitively, the Classic City’s glut of creative energy often works against it; with so many voices struggling to be heard, a lot gets lost in the din.

But don’t worry, kids. Flagpole‘s not here to dash your hopes and dreams. (That’s a job for your professors.) If you just moved to town and find yourself jazzed by the prospect of playing music in Athens, there are steps you can take to all but guarantee success. We recently polled a selection of music-scene movers and shakers—club owners, sound engineers, musicians and journalists—to get their advice on making it between the Oconees. Together, their responses provide a healthy dose of moral encouragement, coated with just the slightest bit of caution. Read on below.

DO have a good Bandcamp, Facebook page and/or website that lists the names of your band members, what you play and other basic information that writers need to tell people about you.
DON’T pick a name that’s impossible to Google.
[Rachel Bailey, Flagpole]

DO promote your shows, even if you have a guarantee.
DON’T rent one half of a duplex and use it as a practice space/show house.
[Chris Patton, Green Room]

When emailing a booking agent, DO include pic, bio and a link to music right off the bat.
DO feel free to lock down a date with a local band rather than putting the bill on the agent.
DON’T drink too much and act like a rock star. You won’t be asked back.
DON’T give up on a venue if you don’t hear back immediately.
DON’T play for free.
[Bain Mattox, The World Famous]

DO challenge yourself and have fun.
DON’T worry about mistakes or failure, because they lead to creative inspiration over the long run.
[Donald Whitehead, Future Ape Tapes] 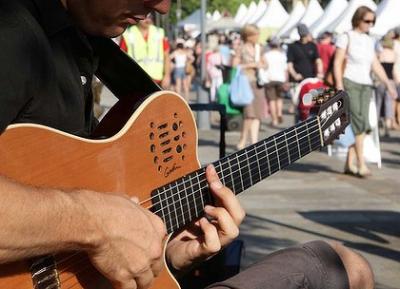 DO volunteer at Nuçi’s Space.
DO limit demos to two or three songs.
DO support other local bands!
[David Barbe, Chase Park Transduction]

DON’T base your timeline on anyone else. If you want to release your project on a certain date, don’t let anyone stop you from making that happen. Even if that person would add another element to your project, the show must go on!
DO reach out to artists in other areas. Social networking has made it so indie artists can come together without even leaving our houses. This will help you when you’re trying to expand your audience.
DO ask people other than your friends their opinion on your music. Play a song for someone without telling them that it’s you.
[Cassie Chantel, rapper]

DO start as many subtly different side projects as you can, but don’t let any one of them overplay.
DON’T think practicing is lame. Hone your sound in the practice space, not at a show.
DO have patience.
[Nate Nelson, White Violet]

DON’T bother people at work.
DO go see people’s bands a few times before you ask them to play a show.
[Mike Turner, HHBTM Records]

DON’T put on your own music when you have people over.
DON’T engage in extended conversation at Guitar Center.
DON’T be afraid of weird shit.
DO recognize how lucky you are to be a rock star.
DO appreciate those who care.
DO evaluate what matters to you about music, and act based on your values.
DO it all for the nookie.
[Phelan Lavelle, Shade] 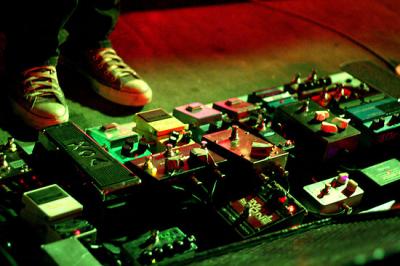 DO show up on time to the venue.
DO buy a tuner before you start buying all those wicked fuzzes, flangers and delays.
If you’re having a bad day, DO leave it outside. The last person you wanna piss off is the sound guy.
DON’T be the “cool guy” that smashes the club’s stands and microphones. If you’re a rowdy frontman/woman, I’d recommend getting your own mics, cables and stands to destroy. In that case, DO smash away!
DON’T ever ask your audience how it sounds “out there.” This is insulting and rude to your engineer.
[Gene Woolfolk, Caledonia Lounge]

DO contact out-of-town bands you like. Help them set up shows in Athens. One: it will make your town a better place. Two: you will need their help when you want to play in other towns.
DO remember that music is supposed to be fun.
DON’T play more than once a month.
DON’T make a habit of playing for free.
[Jay Steele, Athens Provisions]

DO be a professional.
DO be honest.
DO listen and learn from veterans in the business.
DO give 100 percent.
DON’T just show up to play and leave.
DON’T think you know it all.
DON’T burn bridges.
DON’T ever give up.
[Louis Phillip Pelot, Leaving Countries]

DON’T just make a Facebook event.
DO make actual flyers for your shows.
DO write the venue and the date, draw something goofy and then head to Bel-Jean.
DO have them make a few copies on colored construction paper.
DO hang them around town in bars, in coffee shops and outside in legal places that won’t get you ticketed. The effect might not be immediate, but at least you’ll get to know your way around town. And one day at a show, you might be approached by a cute barista who will ask you, “Hey, aren’t you that dork who wanted to hang a flyer in my shop?” And then you are in.
[Marshall Yarbrough, Flagpole]

DO put your earned money from shows straight into a band-fund account. You’d be surprised how quickly it adds up.
DO get involved in the community of artists and musicians.
DO play benefit shows.
DON’T let the nightlife swallow you up—it will spit you out.
DO stay true to your versatility.
[McKenna Mackie, TaterZandra] 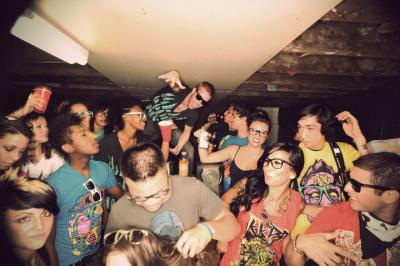 DO use Flagpole as a quick-start guide to places and local acts that you may find aesthetically compatible.
DO attend as many shows as you can pack into your schedule, especially those played by people that you’re not already friends with.
DO introduce yourself to people with whom you identify artistically.
DO find cool house shows (and host your own), which is where the real magic happens in Athens and new scenes begin.
DON’T play longer than half an hour, unless the person who booked the show tells you they want you to in advance.
DON’T forget that you can try again another night.
[Jace Bartet, Reptar]