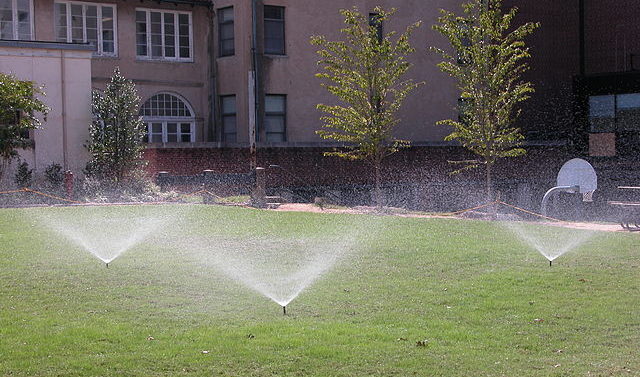 As anyone who’s gone outside or even looked out a window the past few months knows, the drought is over. It’s safe to water your lawn again.

Officials cautioned that the weather could take a turn for the drier, so don’t go too crazy. Here’s a PDF of all the new rules.

Commissioners also took care of some other issues that have been hanging around for months. They:

• approved a traffic light at the intersection of Broad Street and King Avenue, where a lot of people are turning into and out of the Steak ‘n Shake and a new doctors’ office. ACC officials had wanted the doctors to pick up part of the tab, but they refused, so taxpayers are on the hook.

• approved plans for a $1.5 million SPLOST-funded roundabout at the Tallassee Road-Whitehead Road intersection. The Transportation and Public Works Department will launch an “aggressive educational campaign” before construction begins in 2014 to teach drivers how to use roundabouts, which are rare in Georgia and opposed by some residents, although they’re generally safer than signalized intersections.

• voted to spend $242,652 in SPLOST funds to buy 510 new downtown parking meters. They’ll accept coins and credit cards and will replace the old coin-operated meters, as well as the pay-and-display meters on Clayton Street, which will be moved to Broad Street.

• approved a slope easement along a former railroad for Selig Enterprises to connect a future rail-trail to its Oconee Street development. Here’s what it should look like:

UGA Is Not Partying That Hard