Always in Trouble: The History of ESP-Disk’ 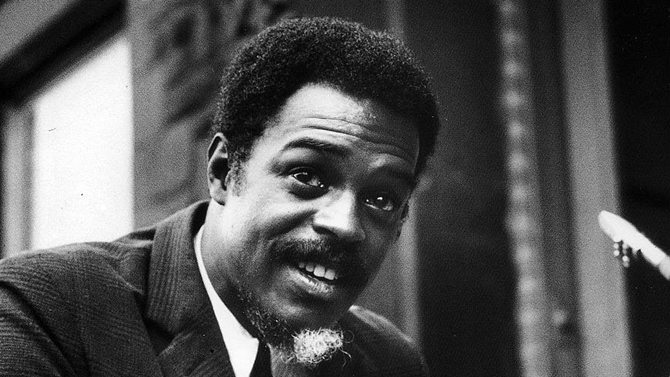 “We wanted to have a corner on this music. We wanted people to come after it. We figured: deprive them of it, and they’ll come after it.”
—Roswell Rudd

That was, to put it in legendary trombonist Rudd’s term, the “psychology” of the musicians responsible for birthing the free jazz movement in the mid-1960s. Rudd was describing the policy of the New York-based Jazz Composers Guild, which at that time had put a moratorium on releasing any recordings. Had this hermetic self-censorship remained in place, who knows what we as a culture might have lost. Imagine how close we came to never hearing some of the most crucial avant-garde music of the last century.

Instead, we have the glorious, powerful music held within the discography of ESP-Disk’, the first American label to document this distinctly American music. A recent book by Jason Weiss, titled Always in Trouble: An Oral History of ESP-Disk’, The Most Outrageous Record Label in America, examines ESP’s chaotic approach to disseminating this chaotic music. 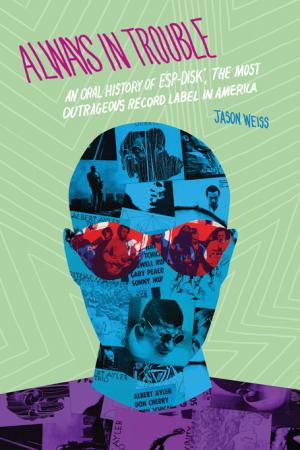 Free jazz—or, as it was called around the time of its advent, “the new thing”—was the revolutionary guard of what was already the purest American art form. Musically, it was the sound of innovators reclaiming their own invention. At its outset, jazz was the sound of danger, dance halls and the underclass; the music became accepted as entertainment for the wider culture before the human beings performing it became accepted as human beings.

Watching this progression (or lack thereof) with alarm, many jazz players pushed back against the genre’s limitations. If their government could write laws seeking to control the freedom of their movements, finances and romances, it would not control the freedom of their music. Stripped of limitations placed on harmony, and given to emphatic cries straight from the soul’s depths, free jazz made use of careful group dynamics, explosive performances and the most extended of techniques. By the 1960s, free jazz was in full, ecstatic force, and, as evidenced by Rudd’s quote above, its progenitors were protective of it.

In 1965, music business lawyer Bernard Stollman decided to try and see who would “come after” this music. In a fit of iconoclastic eccentricity and misguided opportunism, his label’s leadoff release, Ni Kantu en Esperanto (“Let’s Sing in Esperanto”), was apparently the first album recorded in that failed attempt at an international language. But with the second release, tenor saxophonist Albert Ayler’s blistering Spiritual Unity, ESP-Disk’ landed upon what would be its most significant calling card: free jazz. Over the next several years, ESP introduced the public to then-obscure, exceedingly innovative artists, including Ayler, Pharaoh Sanders, Sunny Murray, Milford Graves and many others. Stollman’s role was simply to reach out to the players, get them into a studio and issue the resulting wax. In fact, ESP’s motto was, “The artist alone decides.”

Stollman showed a proclivity towards the divisive, releasing important albums by shock-folk act The Fugs, as well as hippie-baiting spoken word LPs from Timothy Leary and William S. Burroughs. Always in Trouble devotes its first third to interviews with Stollman, and these Q&As reveal a man whose stolid squareness betrays an often startling hidden weirdness. Describing a Sun Ra concert that ESP-Disk’ staged on New York City’s South Street Seaport in 1968, Stollman talks about how the event attracted the attention of a nearby Portuguese military training vessel.

“The captain of the ship allowed allowed the cadets to join the crowd on the pier, and they danced with the local girls,” Stollman recalls. “The captain saw our concert as a salute to Portugal, an observation shared by Portuguese journalists who were present, and ESP has since enjoyed a highly favorable reputation in that country.”

Stollman built it, but did anyone actually “come after” this music? By 1974, ESP was completely out of business. The story of how the label came to fold is convoluted; Stollman blames overall poor sales, distrustful partners in the realms of pressing and distribution and government harassment (listed here in declining order of plausibility). Recall that this music was so unconventional that when John Coltrane and Eric Dolphy began to adapt the musical vocabulary pioneered by Ayler, one of ESP’s most important voices, DownBeat magazine ran an article entitled “John Coltrane and Eric Dolphy Answer the Jazz Critics” wherein the besieged geniuses were kindly asked to justify their genius. Poor sales numbers were to be expected for this music.

Many free jazz players were part of the larger Black Arts Movement, activists who genuinely were infiltrated, monitored and psychically brutalized by the U.S. government. But for Stollman to also invoke this (due in particular, he claims, to The Fugs’ “C.I.A. Man,” among other countercultural inclinations) as means of defending his label’s inability to pay out royalties to his already meagerly paid artists seems like a few different shades of dubious: a stretch, a questionable possibility, a paranoid assumption. (“My real sense is that he was abducted by aliens, and when he was probed it erased his memory of where all the money was,” posits Tom Rapp, singer for another one of ESP’s flagship folk acts, Pearls Before Swine.)

This complaint of owed royalties is a bitter refrain throughout the book. Alto saxophonist Sonny Simmons colorfully regales readers with an anecdote about a time he came very close to sending Stollman through a window. But many admit that without the exposure ESP’s recordings provided, the spirit of free jazz would have been much slower to spread, if not lost forever to the dusty lofts of its origin.

“Look, ESP publicized us all over the planet,” says drummer Milford Graves. “Nobody was recording us in the ’60s other than ESP! And the pay that maybe you didn’t get from Bernard, it neutralizes itself because if you had to hire a public relations person, you were going to have to pay him. So, you’re still going to come out to zero.” Graves nails it here: ESP-Disk’ is another example of the sad fact that, in the realm of art, it rarely pays to be quite so ahead of the curve.