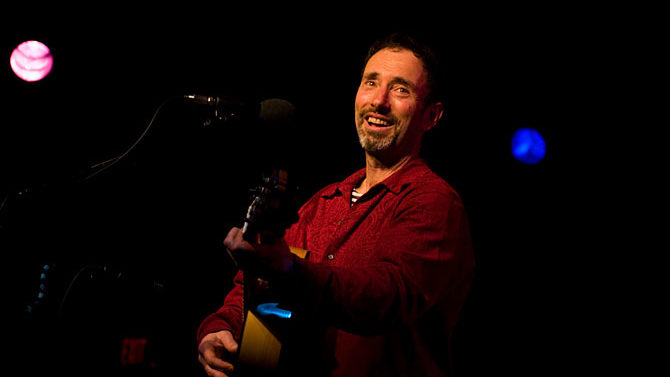 The peak of the mountain that is American music is festooned with flags claiming ownership. To whom does this music belong? Who can lay claim to it with authority? Who’s in charge here? There are vast swaths of this territory that have been claimed exclusively for the young. It’s a young man’s game, a young man’s world, the bastion solely of the under-30 set, those who are slain before they get too old. But it’s not necessarily about the young, strictly. This is too big to be contained by time and age. It’s actually about a feeling. That feeling is called restlessness.

Jonathan Richman runs on this restless feeling. He was running on it when, in 1970, he formed The Modern Lovers. If the music journo cliché that every person who heard the Velvet Underground started a band is true, then it’s also true that The Modern Lovers were among the most important of those followers, if not the most studious. Richman’s songwriting with his group embraced the bruised, romantic side of Lou Reed, and the band’s first recording was produced, in part, by John Cale.

Richman would later write a song about the Velvet Underground called, simply, “Velvet Underground.”
The Modern Lovers’ music cruised on the cool, controlled rock rhythms that the Velvets pioneered, and the group would later be credited as having laid the groundwork for punk rock. Hello, context: In 1979, the Sex Pistols would record their own version of the Lovers’ “Roadrunner.”

The real fuel for the music, though, was the exposed rock and roll heart that lived on Richman’s neatly untorn sleeve. Simultaneously classic and clean-cut, with a teen idol’s baritone and refreshingly direct in a very new kind of way, Richman fused dreamy sincerity with a this-is-who-I-am punk attitude and, in the process, unwittingly bore the seeds of twee-pop.

Like all punk music, The Modern Lovers were predicated on the idea that simplicity was a necessary trope in the quest for immediacy—the vehicle had to be light in order to move fast. But Richman’s restlessness wouldn’t let him alone. And so, in the waning years of The Modern Lovers’ brief existence, he continued to shed aesthetic weight in unexpected places.

First on the chopping block was volume. Richman famously requested that the Lovers’ drummer, David Robinson, reduce his set to a snare drum covered with a towel. (Robinson demurred, quit and joined The Cars.) Then, on 1983’s Jonathan Sings!, Richman offered up a mission statement of sorts, beginning with the breezy, open-hearted opening track “That Summer Feeling.” On that song and others, Richman’s songwriting thrived because of a playfulness that might be cloying if it wasn’t so bold. (A YouTube clip of an early live performance of “I’m a Little Dinosaur” displays a young Richman behaving as a cross between Bruce Springsteen and a Muppet Baby.)

Fast forward 30 years later and witness the way Jonathan Richman has honed the expression of his restless heart. Now, when he performs live, he is a man unburdened by the baggage of the past and unconcerned with any possible future. His approach is often improvisatory; aided by the solid backing of his trusty drummer, Tommy Larkin (always given equal billing on the marquee), Richman goes off on joyful tangents, slips into verses of Spanish or Italian and slings his guitar to the side and simply dances. Women swoon.

He even brings his own PA mixer onstage. “I don’t like sound check,” he says on the song “You Can Have a Cell Phone That’s OK but Not Me.” Instead, he enjoys the autonomy that comes with existing in his own moment, dancing by himself. It’s a perfect expression from an artist who has managed to become the most focused version of himself while appearing lighter than air and as carefree as any summer-loving teen dreamer. He’s no longer a young man, but Jonathan Richman’s restlessness has served him well.

WHO: Jonathan Richman featuring Tommy Larkin
WHERE: 40 Watt Club
WHEN: Friday, February 15
HOW MUCH: $12