Older Than His Old Man 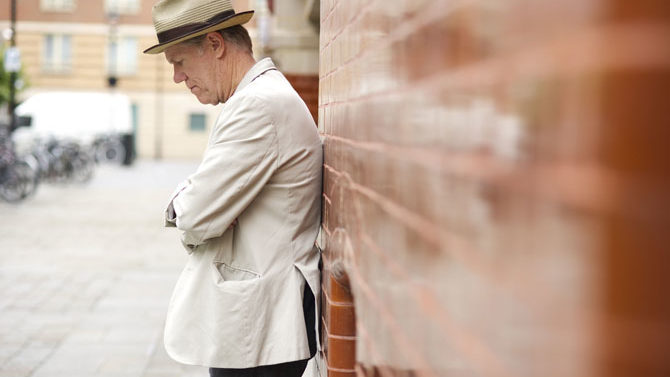 Spurred to song after witnessing the epochal moment when Dylan plugged in and went electric at the 1965 Newport Folk Festival, Loudon Wainwright III released his first album in 1970. He established his authorial M.O. on that self-titled album and has stuck to it with remarkable consistency and faith. His affable voice and folk-pop strumming set the moments of his life to melodies and rhythms directly; while he would employ writerly metaphors and ample doses of humor, his albums were all chapters straight from his most recent experiences. Over the course of twenty-four albums, he’s discussed everything from a youthful stint in jail (“Samson and the Warden”), his brush with pop success (“A.M. World”), and parenthood (“Daddy Take a Nap”), all the while garnering a sizable cult audience. And it’s easy to see why people feel so fervently faithful: to peruse through his discography is to read the man’s life story. A listener could easily feel as if they know him as a friend.

Now, in 2012, he’s taking some time to reflect on the story his life has created. His new album, Older Than My Old Man Now, is a climb through his family tree, in all directions. It includes musical contributions from all four of his children: Rufus and Martha Wainwright, Lucy Wainwright Roche and Lexie Kelly Wainwright. Two of his ex-wivesâ€”Suzzy Roche (of the charming folk trio the Roches) and Ritamarie Kellyâ€”also recorded vocals on the album. The song “Over the Hill” was co-written in 1975 with Kate McGarrigle, herself a widely beloved folksinger to whom Wainwright was once wed, and who passed away in 2010. And finally, the album also includes a contribution from the “old man” of the album’s title.

Wainwright’s father “was a columnist; he wrote for LIFE Magazine in the ’70s and ’80s, and was quite successful doing that, and fairly well known,” he says. “A few years ago I went back and reread all his columns and was struck by not only how good they were, but how often he had similar concerns and was interested in some of the same stuff that I was. So I just took a few selections and pieces of two columns and connected them with two of my songs and put them on the album, and I think they fit in quite nicely.”

It seems fitting that his family would play such a large role in an album that looks back on his life’s work. “They’re one and the same, really,” Wainwright says, speaking of his life and his family. “My family is a part of myself. I’ve been writing about family issuesâ€¦ for some time. And that’s because I think people’s familiesâ€”they’re the big characters in my life. The drama of my life, the melodrama of my life.”

Older Than My Old Man Now documents the ongoing adventures of, in Wainwright’s own sung words, his “favorite protagonist: me.” In addition to somber reflections on life and loss, Wainwright’s trademark wit is present as ever in songs like “My Meds” and the dry and droll “I Remember Sex,” a duet with Dame Edna Everage, the cross-dressed character creation of actor-writer Barry Humphries, a man Wainwright calls “one of my heroes.” The two met at while Wainwright was practicing his other craftâ€”acting. “We both had acting jobs on a couple episodes ofâ€¦ “Ally McBeal,” Wainwright says.

Wainwright’s acting work also brought him into contact with director, writer and fan Judd Apatow when he was cast in Apatow’s short-running but much-beloved television show “Undeclared.” Their collaboration continued in 2007, when Wainwright soundtracked Apatow’s film Knocked Up. Apatow’s appreciation of Wainwright’s work was long-running. “Well, he was a fan of mine when he was a kid, when he was a teenager growing up on Long Island,” Wainwright says. “He first saw me on the “David Letterman” show about 20 years ago.” When Wainwright released a boxed set in 2010 entitled 40 Odd Years, condensing his storied life into four CDs of material and a DVD of live selections, the set came with liner notes written by Apatow.

Wainwright’s songwriting career will undoubtedly keep moving as long as the man himself does. “I don’t get up at nine o’clock sharp and write songs,” he says. “At the same time, I’m aware of the fact that I’m a songwriter and it’s my job, so if a certain amount of time goes by and I haven’t written anything, I kind of have to kick myself in the ass and get to work. Occasionally, I get song assignments, where I’m asked to write something for public radio or a movieâ€”and actually, a good example is that my son Rufus is getting married next week, so I had to write a song for that occasion, and did so. He hasn’t heard it yet but hopefully he and his partner will enjoy it.”