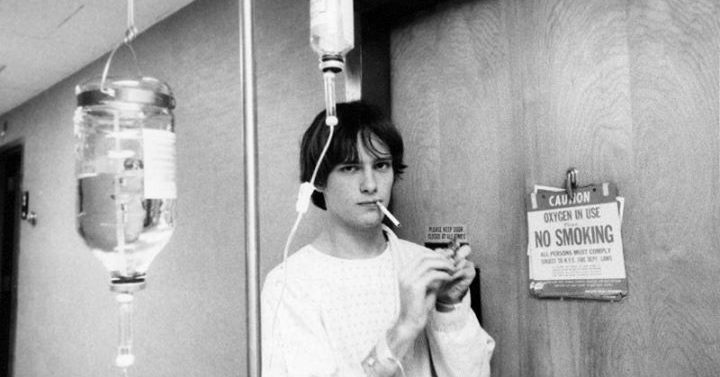 Before his show at the Caledonia Lounge Saturday, former Television guitarist Richard Lloyd took a moment to ruminate on his life in music. See our Calendar Pick preview here.

Flagpole: Do you play a comprehensive set of your songs with the new band?

Richard Lloyd: We do a few songs from the new record. But scattered throughout my career, I’ve got a lot of songs—too many! We’ll play some Television material. Since I left Television, I’ve released a few albums. They haven’t sold, but that’s OK. I’m not in it for that.

FP: But you look back on your time with Television and feel a sense of pride?

RL: Oh, certainly. Marquee Moon still sells. It still shows up on greatest albums of all time lists. And we have about half of it in our set—I’m doing covers of myself. I play both Tom [Verlaine] and me, and Jason helps out with that.

FP: Tell me about your relationship with Velvert Turner. I’ve only heard rumors about him.

RL: Basically, I’m the only one from the group of kids we hung out with who believed him when he said he knew Jimi Hendrix. We became best friends. At one point, Jimi had an apartment in the Village, a couple blocks from me. He was teaching Velvert elementary guitar, based on his own material. Velvert would leave Jimi’s house and come to my house and we’d trade a guitar back and forth, practicing

FP: So there’s a direct line from Jimi Hendrix to you?

RL: I’ll tell you how direct: Once I went to a party with music by Hendrix and Gypsy Sun and Rainbows. It was supposed to be a birthday party for Jimi, and a warmup gig for the New Year’s eve 1970 gig that came out as Band of Gypsys. Jimi punched me at the end of the night, then sat in his car and waited until I came out of the club. He grabbed my hands and started sobbing.

FP: Why did he punch you?

RL: He was in a pity pot, drunk. I didn’t realize he was so under the thumb of this English gangster and his cronies. They basically murdered him when he was more valuable dead than alive. I know that pretty much for a fact. I’m have a memoir coming out next year. The story is in there. I wasn’t patronizing him. I was sick of hearing him talk about how he wasn’t long for the world, and he wasn’t what people wanted him to be…

He once went to his manager, the gangster, Michael Jeffery, and said, “I need to rest, please don’t send me on this tour.” Jeffery said, “You like your little finger, Jimi, with which you play your little guitar? Because if you do, you’ll do this tour and you’ll do exactly as I say because, Jimi, there will come a time where you’ll be worth more to me dead than alive. That day will come, Jimi. Now, you’re doing the tour. There’s money to be made.”

Everything he said came true. But I tried to cheer him up. When the lights came up, we stood up to leave. He put his jacket on and turned around and socked me three times. I sat down and thought, “Well, he packs a pretty good punch for a scrawny guy.” Then I heard people yelling, “Somebody tried to beat up Jimi! We’ll kill him.” I knew that was me, but I hadn’t thrown any punches, so I waited until the janitor made me leave. Jimi was in the parking lot across the street. He waited an hour to apologize. Chuck Berry cold-cocked Keith Richards, and he’s very proud of it. I’m very proud of the fact that Jimi cold-cocked me.

FP: The word that’s used when describing Jimi Hendrix’s style of playing is “psychedelic.” Do you think of your guitar playing as psychedelic?

RL: I have no idea. I’ve taken psychedelics a lot. But when I’m playing guitar, I’m digging for something. I’m looking for gems and jewels in the playing itself. It’s like spelunking, going down into a cave, going into the unknown, looking for of whatever comes out. It’s rock and roll, but it’s still pretty weird.

Athens Is Getting a Civil Rights Committee, and No One Is Too Happy About It