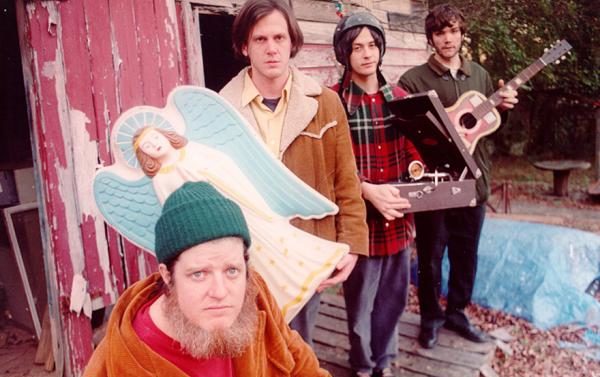 Could there be new Neutral Milk Hotel music on the way?

According to a Reddit commenter who purchased some of Jeff Mangum’s recent drawings, maybe. The black-and-white artwork, titled “The Book Cipher Sings,” appears to contain the phrase “double album” in various permutations.

The Redditor pointed out other hints, too, including a cryptic reference to a particular locust that appears every 17 years and is set to return to Georgia in 2017.

The Athens-based Mangum, who became an indie rock cult figure after releasing a folk classic in 1998 and then seeming to disappear off the face of the Earth, resurfaced in 2013 and has toured a bunch since, though this is the first rumbling of new music anyone has heard since Neutral Milk’s return.

A local source close to Mangum could not offer any insight on the rumor. “I have no idea,” the person said. “He’s good at keeping secrets.”