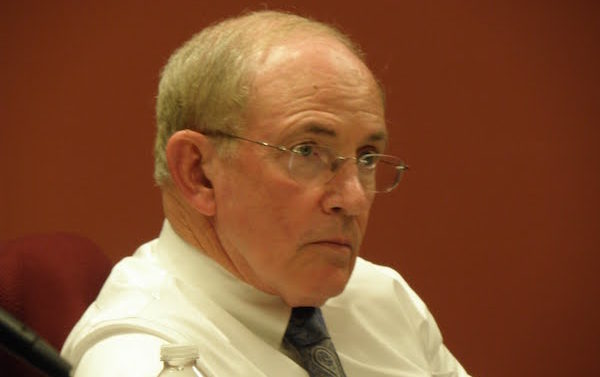 Oconee County Board of Commissioners Chairman Melvin Davis said Tuesday that he is open to bringing the decision on whether to build a sewer line down Calls Creek up for action before he leaves the board in January.

In an email message to Jim McGarvey, president of Friends of Calls Creek, Davis said “I do not have any issues with the current Board of Commissioners acting” on sewer issues, even though Commissioner Jim Luke is retiring in January and will be replaced and one slot on the Board is vacant.

Davis’ willingness to go forward with a vote on the sewer pipeline and other sewer issues before January puts pressure on opponents and proponents of the sewer pipeline to influence the outcome of the special election now underway to fill the vacant position on the board.

Commission candidate Chuck Horton has said he is opposed to the Calls Creek sewer line and will not vote to condemn property to run the sewer line down the creek.

Candidate Ben Bridges initially did not take a stand on the sewer line but said last week that “the last thing” he wants to do is condemn property for the project. Many landowners have said they will not sell the needed easements, which would force the county into condemnation.

Candidate Marcus Wiedower has said he will not vote to go forward with the sewer line until other options have been considered.

Early voting continued at a fast pace today, with another 575 persons casting a ballot on top of the 583 yesterday, bringing to 1,158 the number of voters who have cast their ballots in the first two days of early voting. That 1,158 represents 4.2 percent of the 27,845 registered voters in the county.