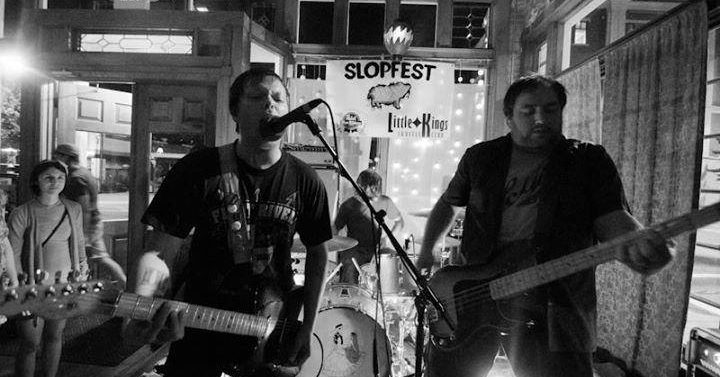 Shit news from Chicago, where locals Vincas and The Powder Room played last night as part of their current tour. The Powder Room posts on Facebook that the van the two groups are traveling in was broken into sometime after the show in Chicago’s Wicker Park neighborhood and “half of our gear was stolen.”

The stolen items, which range from guitars and effects pedals to laptops and drum equipment, were not insured. The Powder Room’s Gene Woolfolk says they will accept donations towards the cost of repairing the van and replacing what is not recovered—”but I understand that most of my friends are broke musicians like us,” he says.

Below is the list of missing equipment (UPDATED with serial numbers where available). If you live in or know somebody in the Chicago area, please share this info and keep a look out.

Ernie ball volume pedal beat to hell and back

The tour was set to continue tonight in Nashville, but that show, as well as tomorrow’s Atlanta gig at 97 Estoria, have been cancelled.

UPDATE: A third party has set up an Indiegogo page where you can donate to help the bands replace the stolen gear.